Colton Edwards was diagnosed with pseudathrosis when he was only three months old, and eight months later, his lower right leg was amputated at Shriners Hospital for Children in St. Louis.

But that hasn’t stopped Colton, now a student at Vandalia Junior High School, from leading a full and active life.
Not only that, but Colton, the son of Brenda Dunaway and Brent Edwards, also helps other children and their families when they are faced with a similar situation.
His mother remembers when X-rays on her infant son showed that “amputation was the only option.
“The decision to amputate was one of the absolute worst things a mother should ever have to make,” Dunaway said.
Her son, she said, “has never had a problem or complained about (the amptation).”
But she is proud of how Colton has grown up. “I ask him if his amputation ever bothered him, and he said, “Never, except when people stare, especially grownups.”
Knowing how well her son has adapted, Dunaway asked Colton if he was ready to help others going to Shriners Hospital deal with a similar situation.
He agreed to do so, and the mother and son signed the Shriners Hospital paperwork.
In less than two weeks, Dunaway said, she and Colton were put in touch with Angie Wagler of Odon, Ind. Angie’s daughter, 3-year-old Ayden, was facing amputation.
The two families made their first contact on July 10 of last year.
“With what Colton had to say to her, Angie let me know the next morning that they had decided to amputate,” Dunaway said.
“Colton told me to tell her (Angie), ‘Tell them to do it when she’s young, so she can do whatever she wants when she gets big,’” Dunaway said.
Colton and Ayden met when the young girl had her first follow-up appointment after the amputation, “and he has been to each of her appointments since,” his mother said.
“They have a bond that is so different,” Dunaway said about Colton and Ayden.
“The way they look at each other is absolutely amazing.
“He wants her to feel no pain or ever be scared again – you can see it in his face,” she said.
The two families were together last fall when Larry Limkey, a Mulberry Grove resident, organized a fundraiser for Shriners Hospital in that community.
Limkey was undergoing cancer treatments when he saw a child with the disease.
“It tore my heart out,” he said. “I took it upon myself to help any child with cancer that I can.”
Limkey hopes to make the fundraiser an annual event, and would like to see it be in Vandalia this year.
Limkey was on hand to help Colton present the proceeds from the fundraiser to Ray Radliff, who served as chairman of the Shriner Hospital board for nine years, at Colton’s school.
Dunaway said she knew nothing about pseudathrosis when Colton was diagnosed, and is glad that she can share her knowledge and experience with other families.
“It’s been great being able to be there for Angie from the time of her decision until now,” she said, “so she’s known what to expect and what was coming next, and to answer her questions.”
Dunaway said she’s had contact with a number of other families in the same situation, and is proud that her son is helping them through a tough time.
“He always has a smile and he has a huge heart. He is very dedicated to helping other families,” she said.
“Now, Ayden is doing great, and there’s now another smile to inspire other families, to give them hope and let them know that amputation is OK,” Dunaway said, noting that she and Colton have been hooked up with other families after meeting the Waglers.
She admits that the contact with that first family was difficult. “It brought up memories and caused a lot of tears,” Dunaway said.
But she worked through that and now appreciates the bond she shares with other families.
“Angie has thanked me so many times and apologized to me for making me relive all of this,” Dunaway said.
“But I told her, ‘Don’t thank me; I thank you,’” she said. “I wanted to do this, and am so glad that we can help others.”
Dunaway is also appreciative of the work done by Limkey for the fundraiser, for the ongoing efforts of the Vandalia Shrine Club and its Tin Lizzie Patrol and for all that’s done at Shriners Hospital.
“I am thankful to Shriners and their Tin Lizzie Patrol for their dedication and commitment to helping children. Colton walks because of them,” she said. 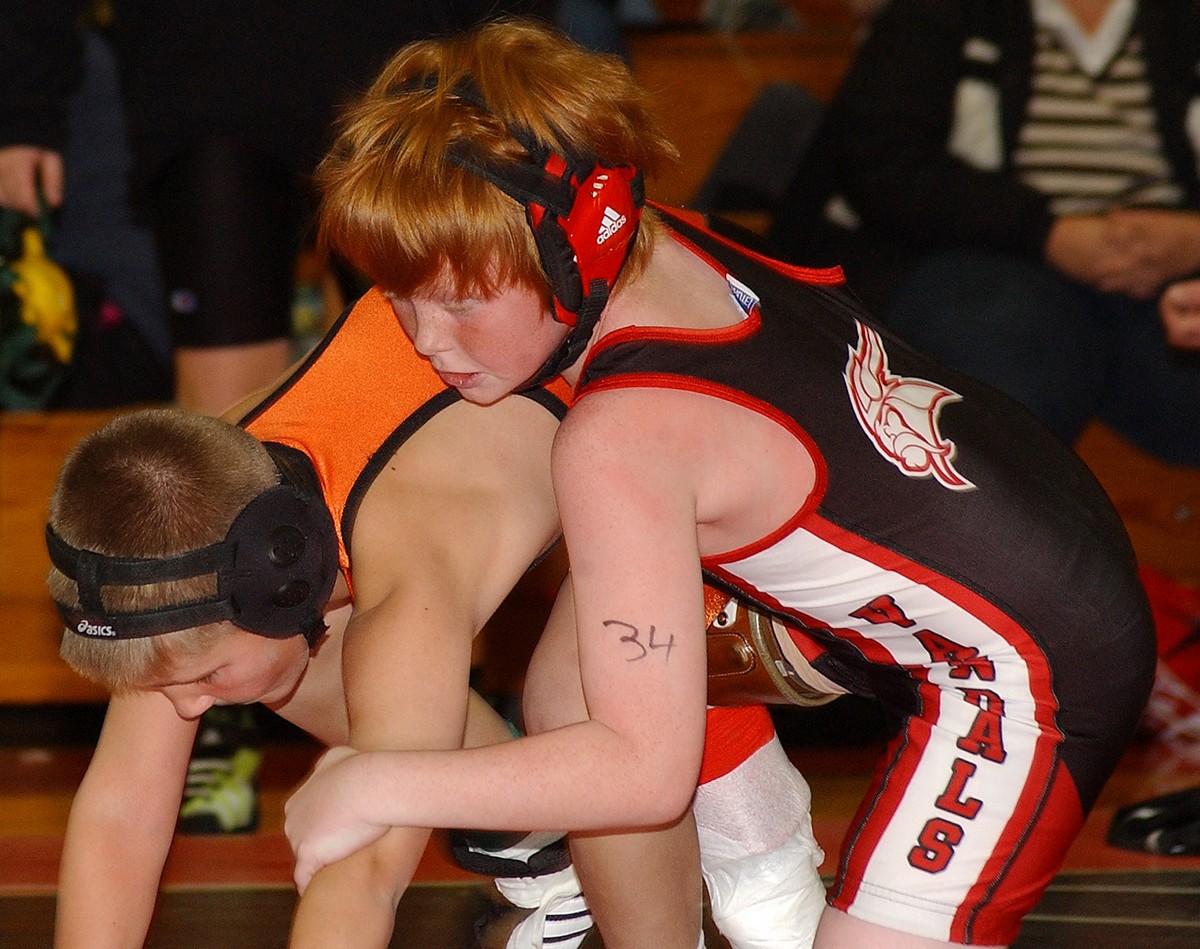 Colton Edwards maintains control over an opponent during a junior wrestling meet earlier this year. 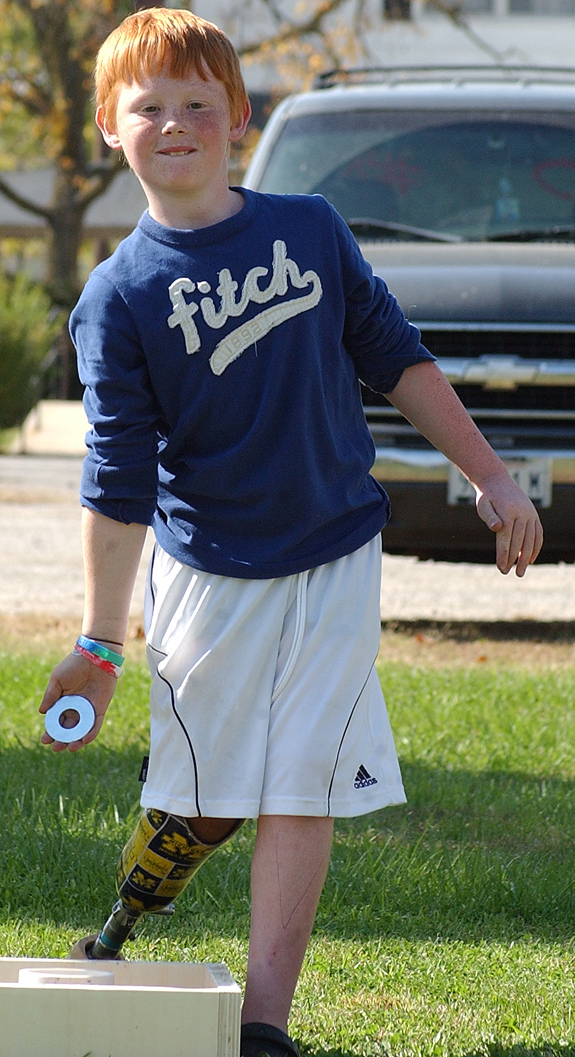 Colton Edwards enjoys a game of washers at a benefit for Shriners Hospital for Children that was organized by Larry Limkey of Mulberry Grove. 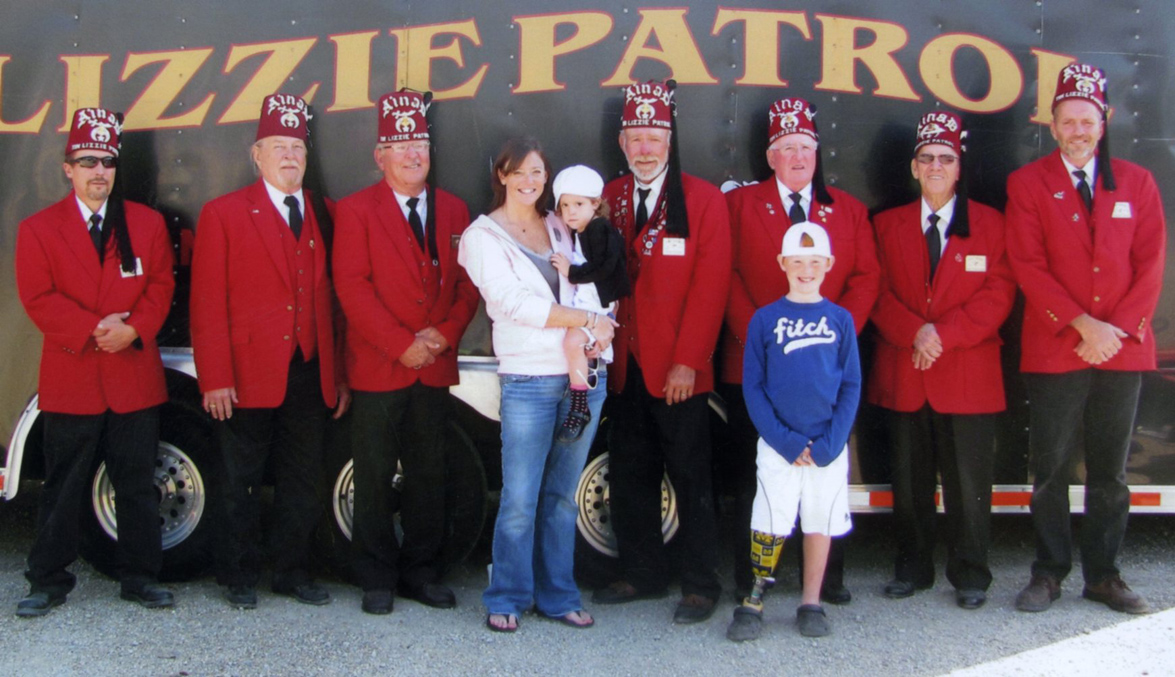 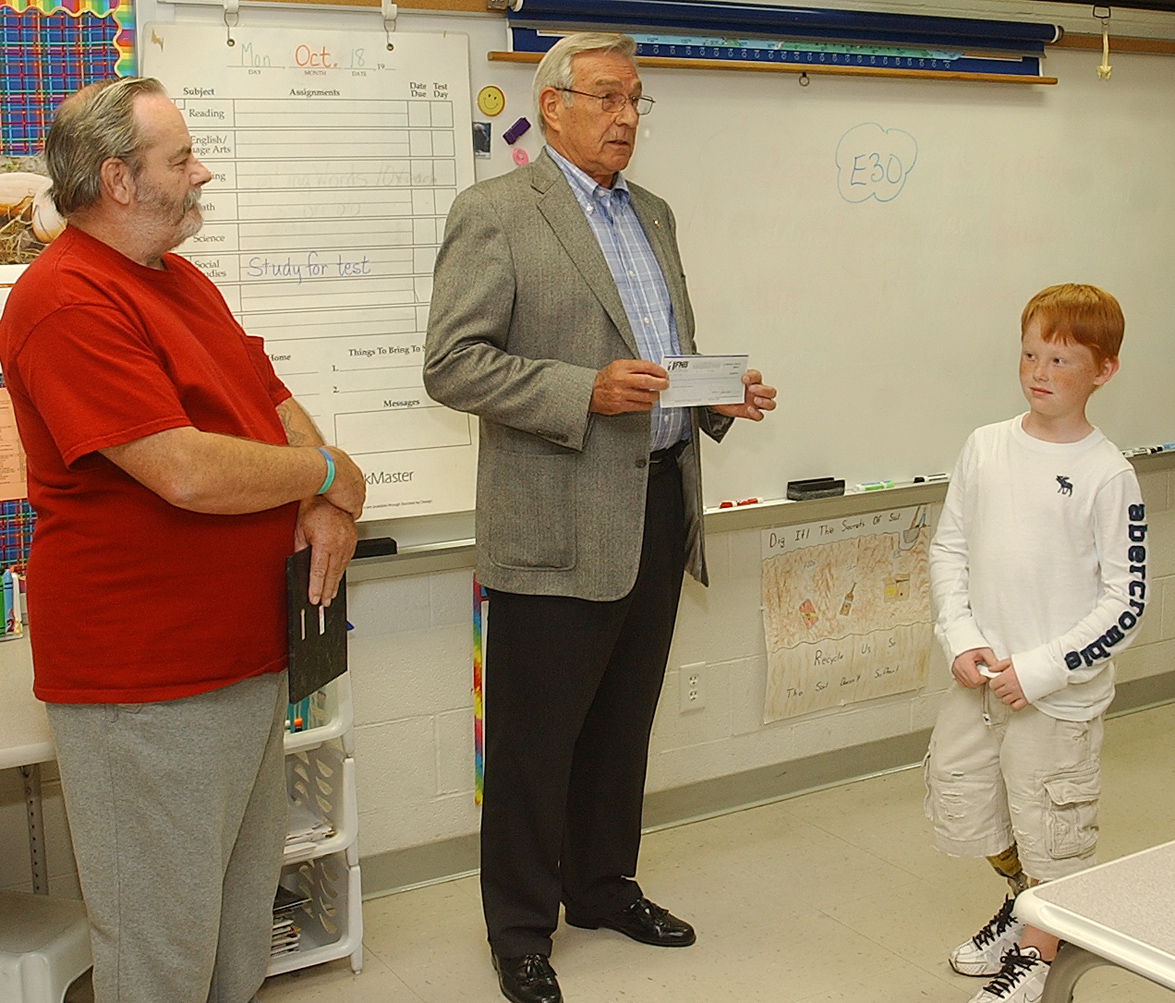