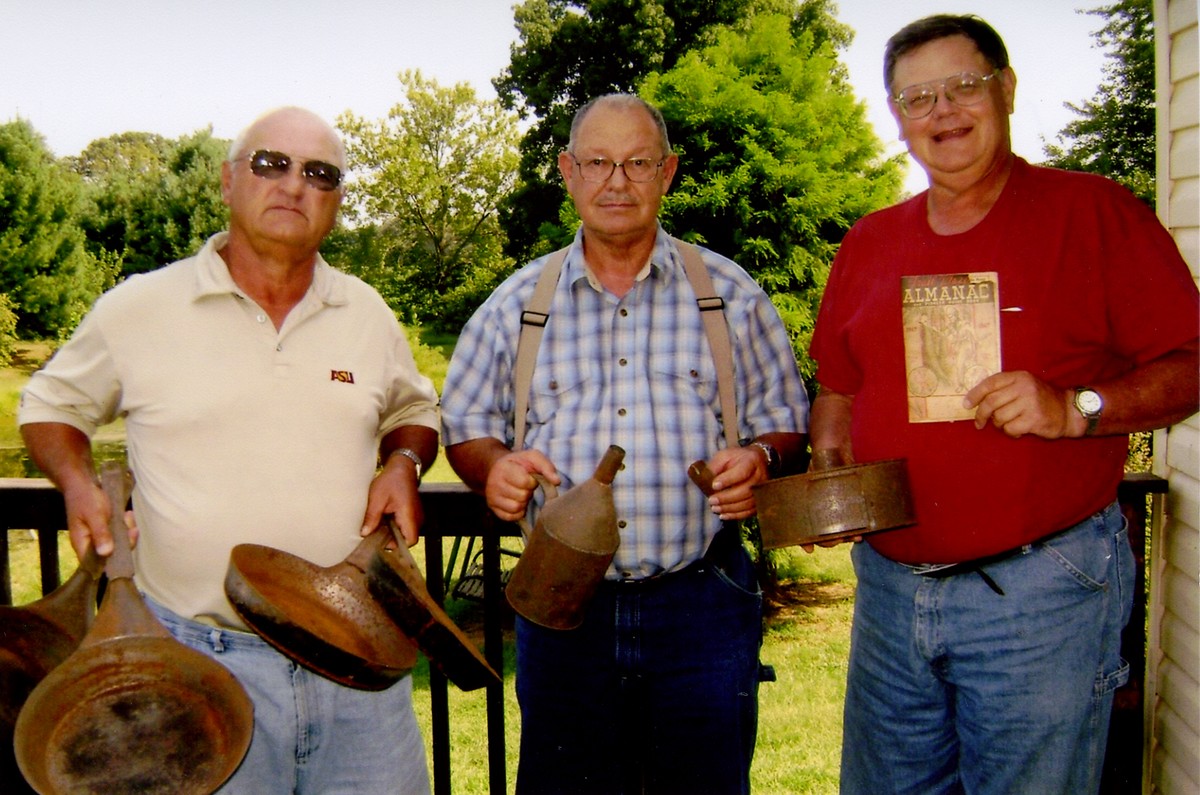 The Satterthwaite brothers display some of the unique inventory from the Shafter Store when it was operated by their parents. From left, Harry holds old skillets, Donald Jr. is holding a gun powder flask, and John is holding an old cake pan and a 1946 Farmers’ Almanac.