A little more than a year after the first piece of Gallatin Street was ripped up, and two months ahead of schedule, Vandalia’s downtown enhancement project is within days of completion.

After looking over the work done in the 300 and 400 block of Gallatin Street with Mayor Rick Gottman and representatives of Hank’s Excavating and Landscaping of Belleville, the general contractor on the project, Illinois Department of Transportation officials told  the city shortly after noon on Tuesday that it could open the 400 block to traffic.

By 1 p.m., vehicles were traveling in that block.

And, IDOT officials said, barricades in the 300 block – the final block of the project – could be taken down as early as Friday.

Mayor Rick Gottman said IDOT officials said the entire four-block section of Gallatin could be open for traffic once center striping is completed.

Gottman said he’s been told that the center striping can be done without closing Gallatin Street, and that sections of the parking lanes will be closed off as workers paint parking spaces.

Gottman said the plan calls for the 300 block, weather permitting, to be open no later than Monday.

Work on the project began on March 19 of last year, when project workers began digging at the intersection of Fifth and Gallatin streets to make the first of infrastructure improvements.

That was about 10 years after then-Mayor Sandra Leidner asked the city to approve the application for federal TEA-21 funds for downtown streetscape improvements. In November 2000, the city was awarded a $1.709-million TEA-21 grant for the project, after having been awarded a $185,000 grant for engineering work.

It initially included the replacement of the existing roadway with a brick surface, but the council subsequently pulled that facet of the project from the plans.

“I believe that it has enhanced our downtown tremendously, and I’m starting to hear that from other people, as well,” he said.

“I’ve already had one person who owns a building downtown tell me he’s had someone tell him that they are interested in going into that building when the project is completed,” Gottman said.

“That’s what we were hoping for, that people would see how this would improve our downtown and that it would help attract people to our downtown buildings,” Gottman said.

It wasn’t that long ago that the city and owners of downtown buildings were trying to bring an end to the extended closure of the final two blocks of the project.

“It was a long winter, which prevented work being done in those two blocks, but there’s nothing you can do about the weather,” Gottman said.

“But the last two weeks have gone very well,” he said. “The contractor told us that they would do everything possible to get the work completed as soon as possible, and they have done that, even working on Saturday to get electrical work done,” he said.

Gottman said the city would likely order the benches next week. The benches will be assembled and installed by city workers.

The city will hold a ribbon-cutting ceremony early in May to celebrate the completion of the project, with the participants to include Leidner, U.S. Congressman John Shimkus (R-Ill., 19th District), state Sen. Kyle McCarter (R-Lebanon) and state Rep. Ron Stephens (R-Highland).

Gottman said the celebration event is being coordinated by Jean Stombaugh, one of the people who served on the downtown advisory committee formed by Gottman for the project. 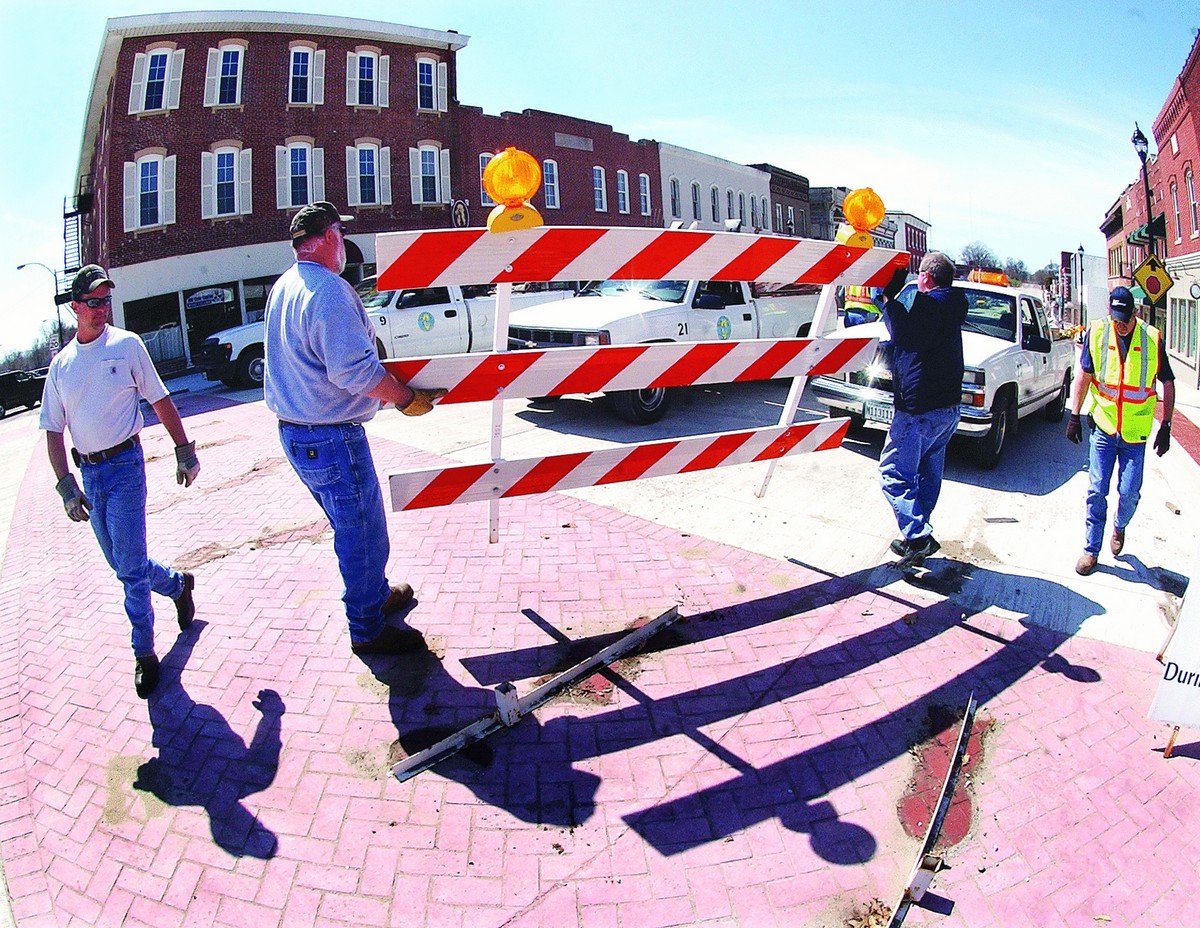