After easily winning the opening round of regional play over Gillespie on Thursday, the Vandalia Lady Vandals volleyball squad dropped a hard-fought contest to Staunton in Saturday’s regional finals at Southwestern High School in Piasa.

The loss eliminates the Lady Vandals from postseason competition, ending their season at 20-11. That marks the third consecutive 20-win season for the team.

After Saturday’s three-game contest, Coach Allison Brown termed the effort “the best any Vandal volleyball team has ever played in the regional.”

Staunton captured the first game by the narrowest of margins – winning 25-23. Then, in the second game, the Lady Vandals displayed a barrage of offensive power and defensive consistency that propelled them to a convincing 25-19 victory.

“In that second game, we dominated in every aspect of the game,” Brown said.

Unfortunately, the third and deciding game was a different story. Staunton jumped out to an early lead. The margin was 12-7 before the Lady Vandals mounted a furious comeback – tying the game at 13-13 and again at 15-15. Setter Haley Wollerman, senior Katie Vieregge and Hanna Edwards had key plays in the comeback drive.

Then the wheels fell off. Staunton’s dominating front row throttled the Vandal attack and the Bulldogs reeled off eight straight points to take a 23-15 advantage. Vandalia managed only one point in that final drive, losing the contest 25-16.

With the victory, Staunton improved its record to 22-5 on the season and moved on to sectional play.

“I felt our kids left everything they had out on the floor,” Brown said. “That’s what we talked about before the game – don’t look back and regret anything. I think everyone did that.”

Brown praised her players for a good team effort throughout the season.

“The chemistry among the girls has been great. They get along so well and just enjoy being together. I’m very thankful for their hard work and dedication.”

“Katie has done a terrific job leading us all year,” Brown said. “To have all the weight of being responsible for the whole team on your own is a huge burden. She has remarkable leadership skills – leading by example, both on an off the floor. If she goes at life the way she has gone at things for me the past four years, she has a very bright future ahead of her.”

In the first-round victory over Gillspie, the Lady Vandals dominated in a two-game match on Thursday. They won the first game 25-15 and then finished the match with a 25-20 victory in game two.

From her setter position, Wollerman was 8-9 serving, with three aces. She also had 32 assists, 14 kills assists and five digs. 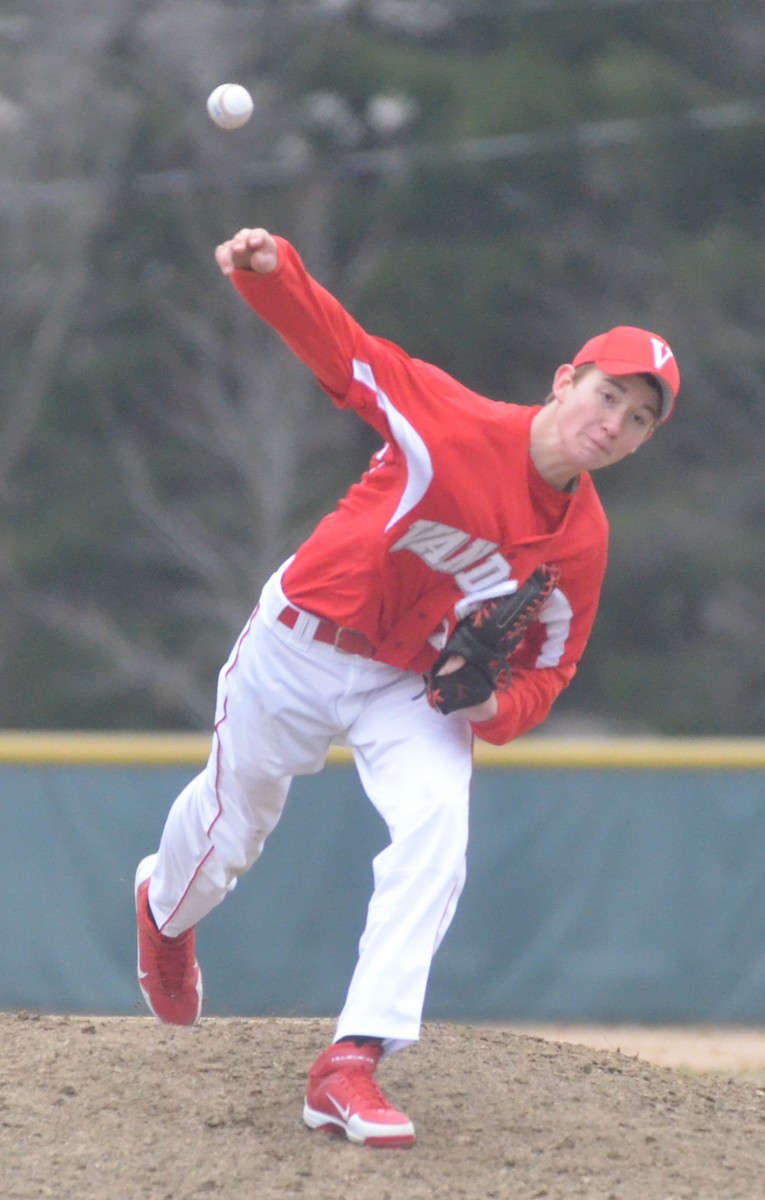 Whitney Schaal goes down to her knees for a dig. 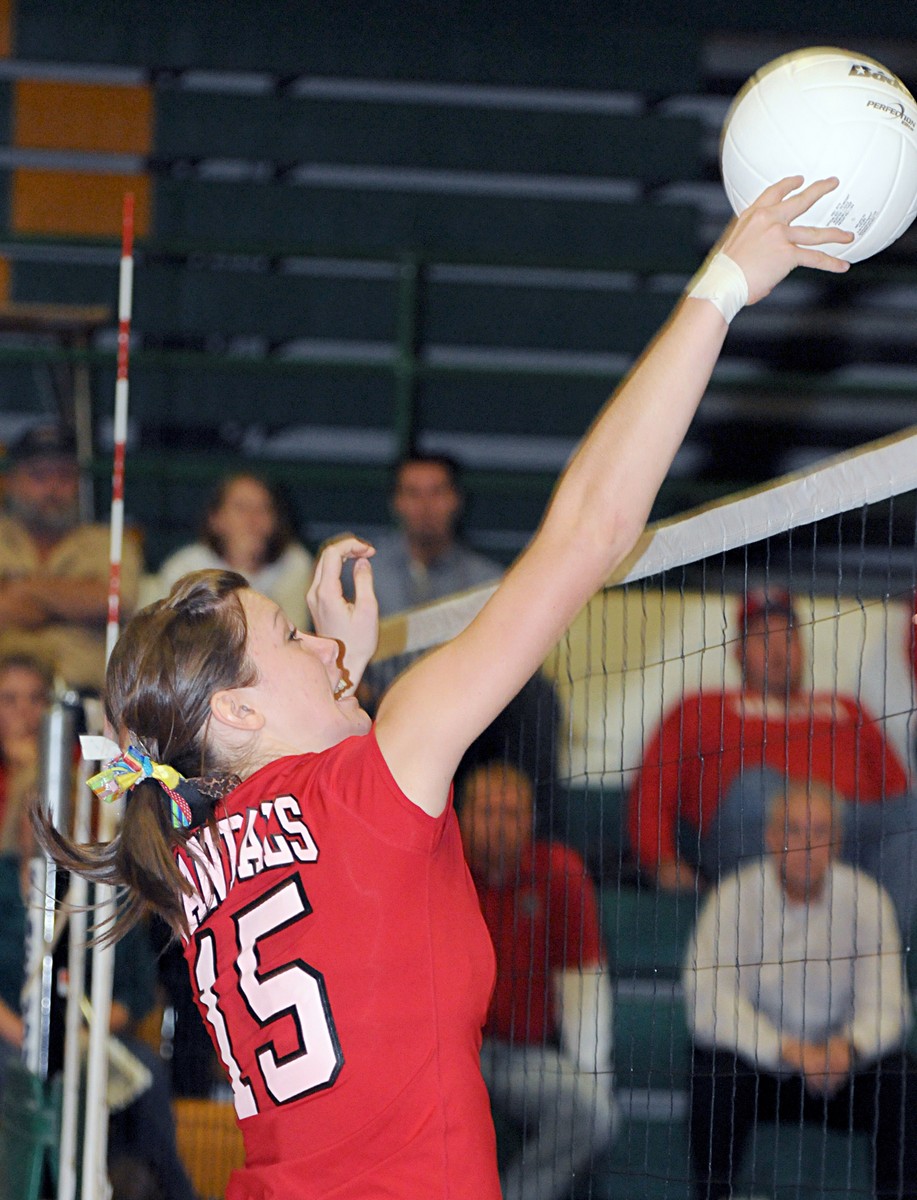 Hannah Edwards tips the ball back over the net against Staunton.