The Vandalia girls basketball team not only wrapped up its first-ever South Central Conference East Division title Monday night – the Lady Vandals got their mojo back.

After struggling offensively in wins over Pana and Hillsboro its previous two games, Vandalia scorched the nets to the tune of 58 percent shooting from the field in a 61-48 win at Litchfield.

The offensive revival was just one bright spot in a game that was nowhere near as close as the final score indicates, as the Lady Vandals were in complete control throughout and enjoyed a 35-point lead at one point in the third quarter.

"This is the time of year you want to be playing well, and I thought we did a good job all-around tonight." Lady Vandals coach Mike Butler said.

And the Lady Vandals’ timing could not have been better.

The victory, coupled with second-place Staunton’s loss to Pana, not only assures Vandalia (22-1, 8-0) its first outright SCC-East title since joining the league in 1997 – it gives the Lady Vandals’ their first conference title in Butler’s 18 years at the helm.

"It’s a good thing for our program, and our kids, especially," said Butler, whose teams have come close to league titles a couple times, only to fall a little short.

"I’m really proud of what they’ve done this year. Now we want to take care of business and get a perfect record in our conference."

The sixth-ranked team in Class 2A wasted little time crushing any hopes Litchfield (14-9, 2-5) had of pulling off an upset, jumping out to an 18-6 lead after one quarter.

Senior Shelby Cearlock led the charge, scoring 14 of her game-high 22 points during the frame, including an explosion in the final 2 1/2 minutes of the quarter that included back-to-back 3-pointers and a putback.

Cearlock extended her own personal run to 11-0 by scoring a bucket off a Laura Hobbie steal at the start of the second quarter and hitting 1 of 2 from the line seconds later.

Rachel Hickerson then capped a 13-0 Vandalia run by scoring off one of Ashley Durbin’s four assists, as Vandalia enjoyed a 23-6 lead just past the 6-minute mark of the second quarter.

"Our objective is to jump out on teams early, and we did that tonight," Butler said. "Shelby had a really strong first half."

So strong, in fact, that the Lady Vandals managed as many points at the 1:04 mark of the first half – 33 – as they scored the entire game Thursday at Pana.

"It was a good job offensively tonight," Butler said. "We kept things spread out a little better against that zone. We were able to work the ball to the high post and dribble penetrate a little bit."

And despite the fact that the Lady Vandals saw their streak of holding opponents to 30 points or fewer end at six games, they were as dominating as ever defensively.

The high-scoring Purple Panthers managed just 13 first-half points and wound up shooting just 36 percent from the field (17 of 47), coughing the ball up 20 times.

Litchfield’s 18-0 game-closing run against the Lady Vandals’ reserves was the only thing that kept the final score respectable.

"Defensively, we did another good job," Butler said. "We let them get the ball down the floor a little too quick against our press, but they’ve got a good ballteam.

"They’re quick and handle the ball well. But our half-court defense was solid again."

Warner had three of Vandalia’s 10 steals, with Cearlock and Hobbie adding two apiece.

Even with the league title and a No.-1 seed at the fast approaching Teutopolis Regional sewn up, the Lady Vandals still have a lot to play for Thursday when they’ll celebrate Senior Night at home against Pana.

"A lot of good things could happen Thursday night," said Butler, whose team will be shooting for a school-record 23rd win and a season-sweep against their bitter conference rivals.

"We’ve talked about staying focused. There’s a lot going on Senior Night and a lot of emotions flying around, but we’ve got to keep our focus on what we’re there for."

Audra Donaldson scored 14 points for the Lady Vandals, but the host team had too much firepower. 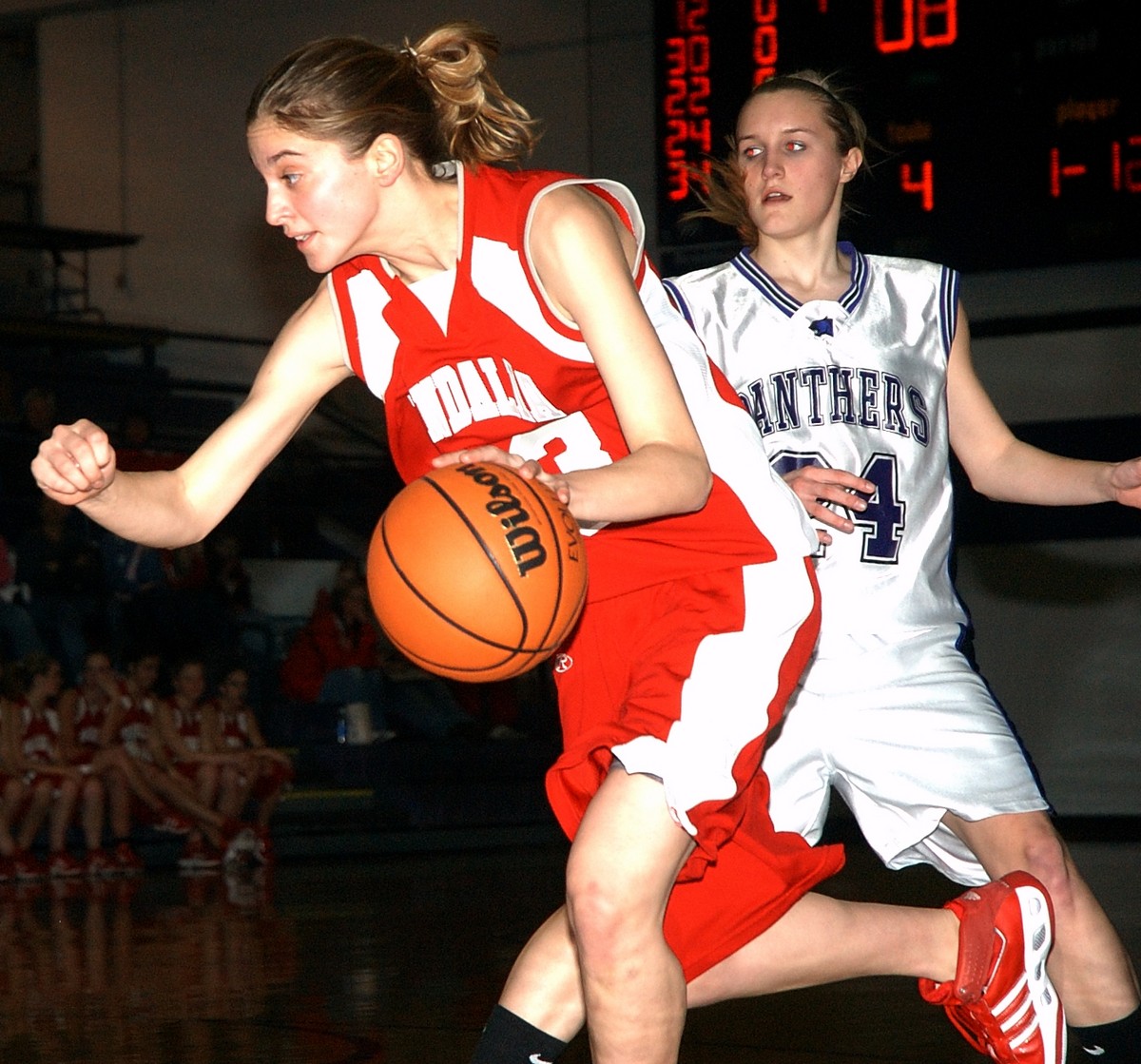 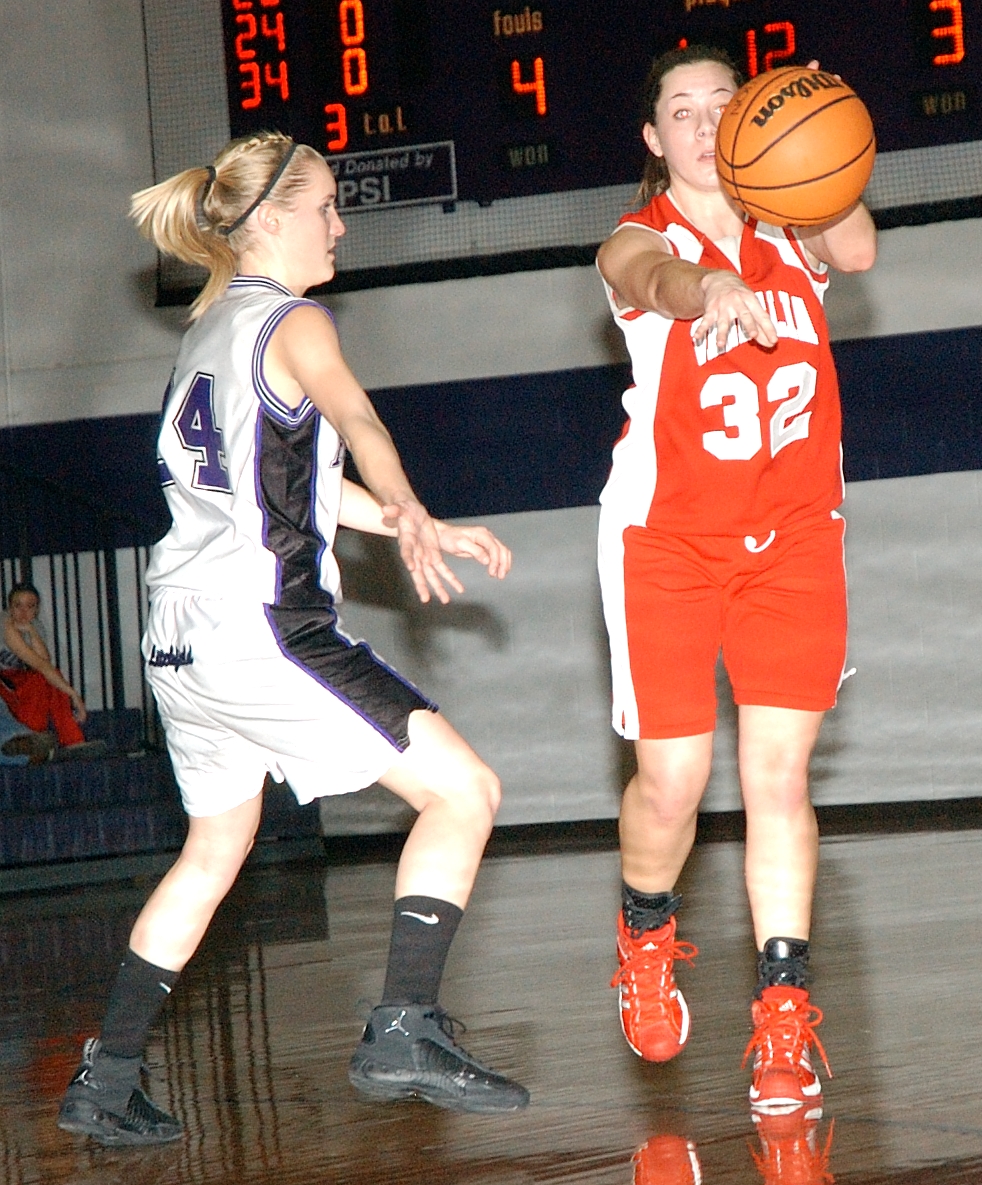 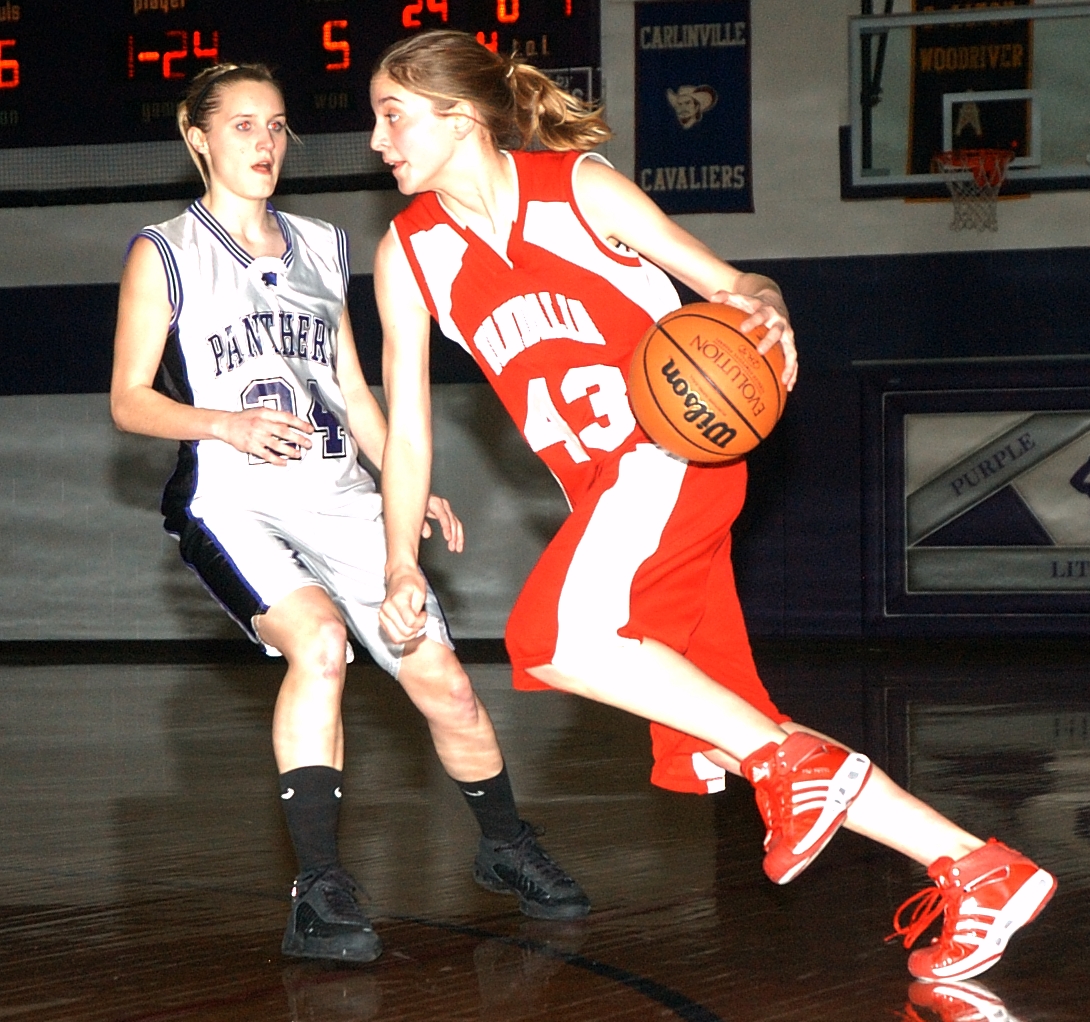 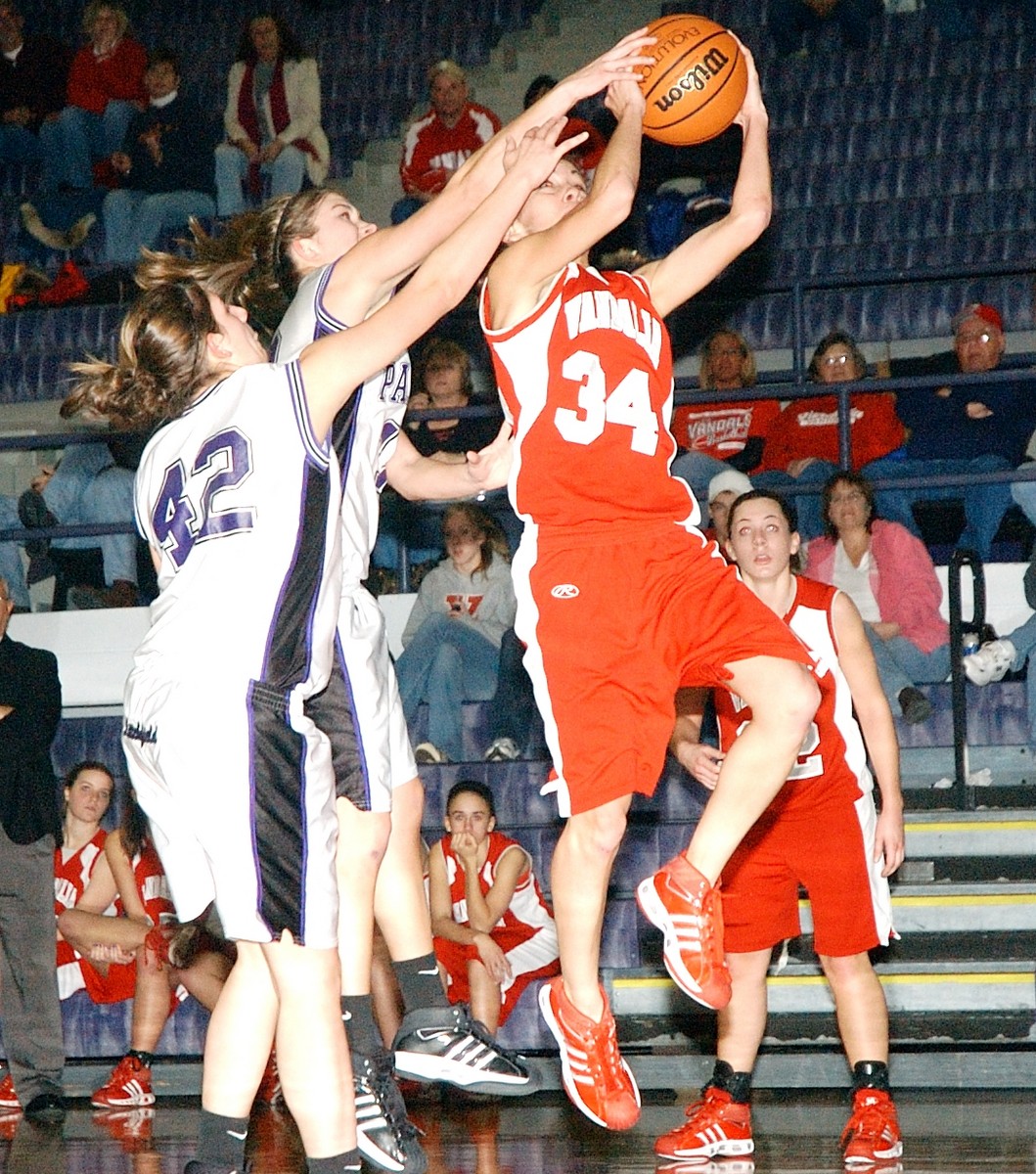