Friday night’s contest between the Vandalia Vandals and the Piasa Birds was a defensive contest for the first half and into the third quarter, but it was Piasa which got on the scoreboard first. The Birds won the contest, 21-7.

The first half was a battle of defenses as neither team could not quite reach the end zone.

Coming out of the locker room, it appeared that the defenses were going to remain the stars of the game, until more than midway into the third quarter. Unfortunately, it was the Birds which pushed the pigskin across the line, at the 5:49 ticks. The extra point attempt failed, as the score sat at 6-0. The Vandals immediately turned the ball over, and the Birds drove down to the 5-yard line to end the quarter.

Finishing the job at the start of the fourth quarter, Piasa crossed the line at the 11:52 mark, and made the conversion to take a 14-0 lead.

It appeared that Southwestern was on its way to an easy victory, but the Vandals weren’t going to make it easy.

Getting the ball back, just more than two minutes later, the Vandals responded in force.

Driving down to the two-yard line, Eric McKinney got the call and crossed into the end zone, making the score 14-6. Cody Stewart’s boot split the uprights for the extra point – 14-7.

After trading possessions, Piasa’s dashed Vandalia’s hopes of a comeback, with Gavin Day scampering 60 yards to seal the game at 3:18, 20-7. The extra point was good, as Piasa held on to the end, 21-7.

The Vandals had 96 yards rushing on 25 carries. McKinney had the bulk of those with 51 yards on 8 carries, scoring the lone Vandal touchdown. Dawson McKinney also had 8 carries, for 29 yards; Matthew Hagy had 7 for 9 yards. Nolan White finished the rushing with two carries and 7 yards.

Hagy went 6 for 20, with 53 passing yards, and one interception.

Gaige Beall lead in receiving, as he hauled in three throws for 19 yards. Carson Ruot had one for 15, Connor Ray had 1 for 11, and E. McKinney had one for eight yards.

The Vandals had a total of 149 yards for the contest.

Rayn Kaiser and Brody Hall each had a fumble return and Connor Ray had one pass interception.

The Vandals travel up Route 51 to face the Pana Panthers on Friday night, April 9. 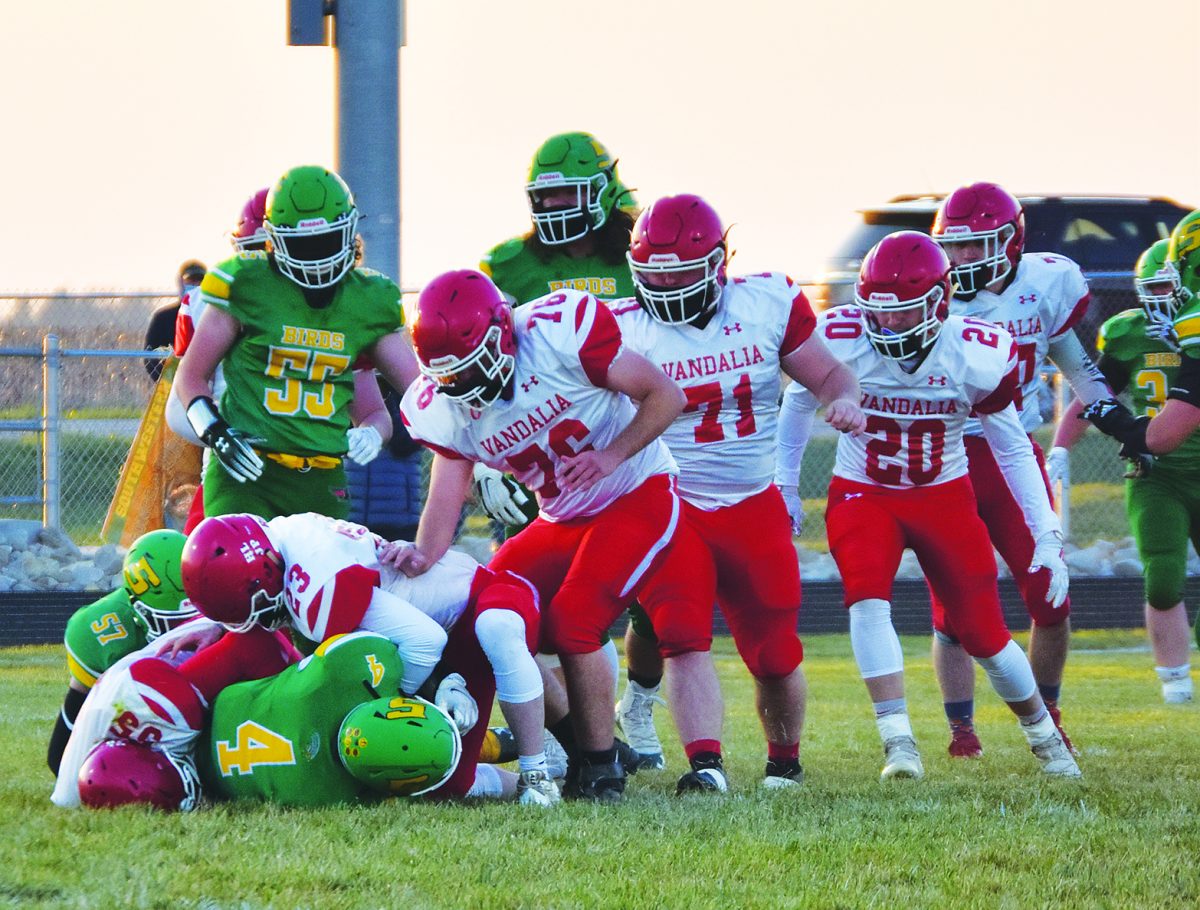 The Vandals pile onto Piasa Birds’ running back Blake Funk. Michael Bowles (55) and Dawson McKinney (23) were credited with the takedown. To the right of the pile are Vandals Brody Hall, Favin Mouser, Gaige Beall and an unidentified player. 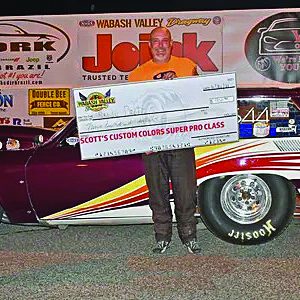 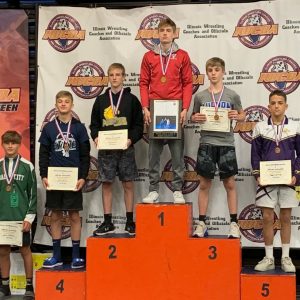