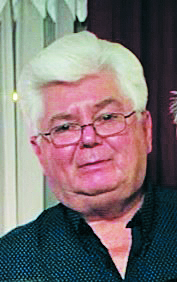 Graveside Services with Military Rites by Anderson-Scroggins Post 460 American Legion, Ramsey, will be held at 2 p.m., Saturday, April 3, 2021, at the Hortenstine Family Farm Cemetery, rural Ramsey, with Pastor Larry Daniel officiating. Visitation will be held from 5 – 7 p.m., Friday, April 2, 2021, at Ramsey Christian Church, Ramsey. Memorialsmay be made to the Ramsey American Legion, Ramsey. Miller Funeral Home, Ramsey, is in charge of arrangements. Online memories and condolences may be shared with the family at www.millerfh.net.

Born March 16, 1948, in Divernon, the son of Paul Eugene and Edna Earl (Wilson) Sargent. He married Marcia Hortenstine of Ramsey on January 29, 1982, at Waimea Falls, Honolulu, Hawaii. He graduated from Auburn High School in 1966 and joined the United States Navy in January 1967, retiring as Lt. Commander in 1990. After retirement, he continued his service to the Navy with a second career as a Port Engineer for Bath Iron Works and managing ship overhauls for the Navy. Roger was a member and former deacon of the Ramsey Christian Church and a member of Ramsey Golf Course.

Roger was a tireless and devoted caregiver at home, an avid golf enthusiast who played regularly with the Ramsey Golf League, loved music and playing guitar, and mowing his beautiful yard and helping on the Hortenstine family farm.

Preceded in death by: Parents; and Brothers – Gene, Ken and Deano Sargent.