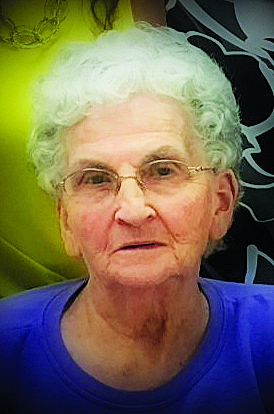 Per the request of the family, cremation rites will be accorded. A memorial service and interment will be held at a later date. Memorial donations may be made to the Long Term Care Activity Fund. Online condolences can be expressed at www.hohltandfilefh.com

Beulah Genelle Nichols was born on January 24, 1933 at home in Jewett, the daughter of Leslie and Nora (Cunafere) Nichols. She first started a career in various factories and later became a school bus driver for the Cumberland County School District; where she was employed for 10 years. She was a member of the Baptist Church of Newton and had an avid love for square dancing and loved spending time with her grandchildren.

She was preceded in death by her parents; four brothers; three sisters; and a great-granddaughter.