Vandalia wrestling coach Jason Clay has added a couple of more postseason honors.
But Clay will be quick to point out that while those honors are for coaching, teaching is a big part of his job, as head of both the wrestling and football programs at Vandalia Community High School.
Clay was recently named the National Federation of State High School Associations wrestling coach of the year in Illinois. 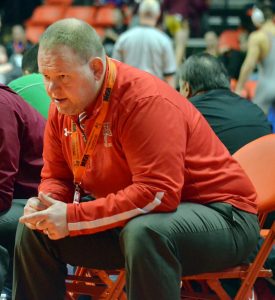