OctoChem of Vandalia was recently honored as one of the home-grown companies in the State of Illinois, and for its continued operation and expansion during the COVID-19 pandemic.

Kala Lambert, of the regional economic development director of the Department of Commerce and Economic Opportunities, made the presentation during ceremonies held last Tuesday, Oct. 12 at the company before many local businessmen and city officials.

“We are very proud of what we have accomplished here”, said Denny Grant, General manager of the plant. “We have expanding, recently building our new building, and as everyone knows, the last 20 months has been no fun,” he said, referring to the pandemic. “We were considered essential workers, as we with many industries, including food and health care.”

Grant went on saying that when the pandemic hit and sanitizer was in short supply, the company converted its lines to begin producing sanitizer to help aleve shortages. He also praised all of the workers at the Vandalia facility for their efforts in working through the pandemic.

Mayor Ricky Gottman praised the company, “This is an interesting time in Vandalia. From the time OctoChem began, it has grown and is on its fourth expansion from the original building. We have been very excited to see a hometown gentleman bring back business here and we appreciate what OctoChem does for Vandalia and their employees. It is exciting to see ‘local people doing local things.’”

After Lambert shared a few remarks about the company and how it was chosen to be honored, owner Mark Langston address the crowd.

“There are two other such facilities in the United States like ours, and maybe four or five in the entire world, which makes us either number one or number two in the world,” he said. “This is very unexpected. We have traveled down this road since 2003 and have always looked to expand, and,” he said chuckling, “we still have a little land left. We hope to keep going in the right direction, and create more jobs and opportuinities here in Vandalia. 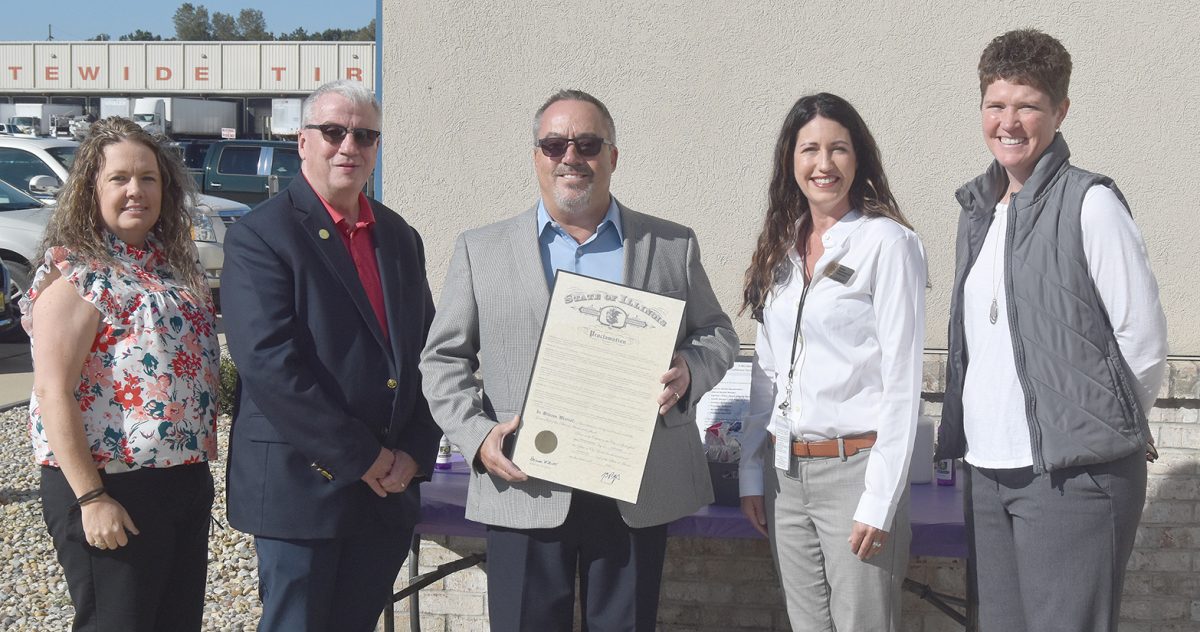 OctoChem, of Vandalia, was recognized last week by the State of Illinois for its committee to good jobs and service during Manufacturing Month in the state. OctoChem has recently completed its fourth expansion in Vandalia, and provides about 75 jobs for the community. From left is Vandalia City Administrator LaTisha Paslay, Mayor Ricky Gottman, OctoChem Owner Mark Langston, Kala Lambert, regional economic development director at Illinois Department of Commerce and Economic Opportunity, and Amber Daulbaugh, City of Vandalia economic director.

Olde Tyme Christmas is a success!