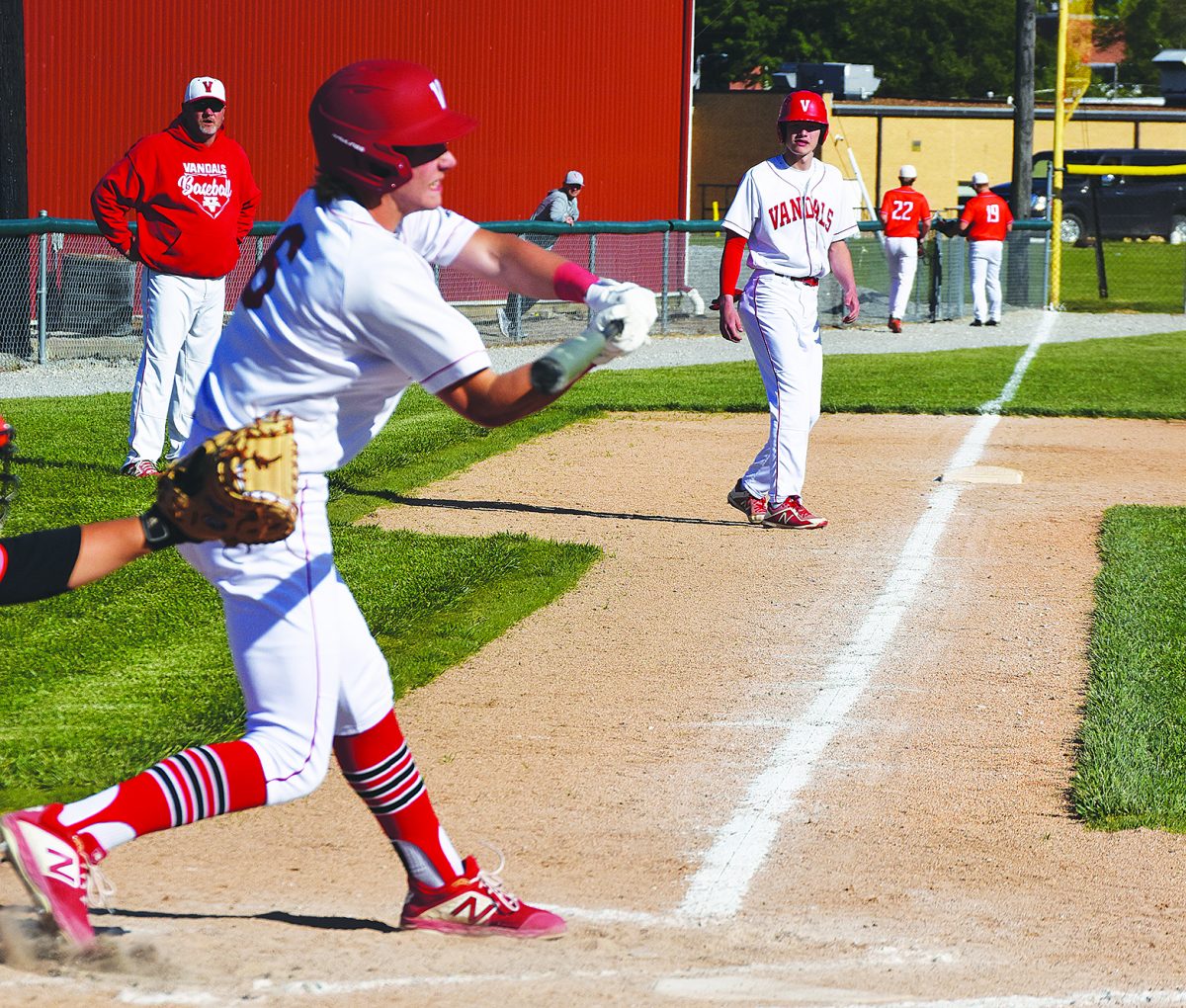 Reid Well takes a cut at a pitch during the 9-2 rout over Gillespie recently, as Connor Ray and Coach Nick Casey looks on from third.

Vandalia posted nine runs in the second inning on its way to a 9-2 rout over Gillespie on Thursday, May 13.

The Vandals were led by Carson Ruot, Nic Rosborough, Conner Ray, Jayden Lotz, Reid Well, and Aiden Polite, who all drove in runs.

The good guys opened up scoring in the second inning. Ruot drove in two when Ruot singled.

Vandalia totaled 11 hits in the game.

Matthew Hagy went 4-for-4 at the plate to lead Vandalia Vandals Varsity in hits. Mitch Casey also had multiple hits.

The Vandals weathered a push by Cowden-Herrick/Beecher City in the fourth inning when the Vandals allowed three runs, but  still won 13-3 on Friday, May 14.

Vandalia secured the victory thanks to eight runs in the third inning, due to walks by Matthew Hagy and Carson Ruot, home runs by Jayden Lotz and Nic Rosborough, and a single by Cayden Hipsher.

The team had eight runs in the third inning, led by walks by Hagy and Ruot, the home runs by Lotz and Rosborough, and a single by Hipsher.

Hagy earned the victory on the mound, going four innings, allowing three runs on two hits and striking out three. Conner Ray threw two innings in relief out of the bullpen.

Vandalia racked up 12 hits on the day. Well, Lotz, Rosborough, and Mitchell Casey all had multiple hits for Vandalia Vandals Varsity. Well led with three hits in four at bats.

Over the past week, the Vandals dropped games to Staunton, Cumberland, Neoga and Pana. They are 7-11 on the season.