After coaching for 25 years, Curt Jones, has held an impressive record at the helm of the South Central baseball program, and earned his 800th career win on Thursday, May 20 at home against Neoga. It was also the team’s 1000th win since consolidation back in 1990.

“800 for me is not that big of a deal, but I think the 1,000 for the team is significant. If it did happen on the same day then that’s a bonus,” Jones said after the game. The Cougars defeated Neoga by a score of 8-0, behind a strong outing by  Chase Dodson in the shutout.

“I have been fortunate to have some really good players come through the program. Even some of these kids’ parents played for me,” he said.

With two records on the line in the game, one would think it would have an effect on the team.

“If anything, it should have fired up. It sure didn’t look like they were intimidated and they sure didn’t act like it before the game. They were excited to be a part of it,” Jones said.

The 1-0 score held through five, before South Central added to their first inning run. Dodson helped his own cause when he hit one over the fence in the fifth, for 3 RBIs, then Aiden Dodson had a long ball the next inning, for 2. The Cougars collected 13 hits on the day.

C. Dodson was 3 for 4 on the day, and Chase Thompson went 2 for 4. Sebastian Cowger, Sam Rubin and Andrew Magnus each contributed an RBI in the effort.

“South Central started in 1990, and Gary Shirley coached for a few years and had 199 wins. High School Principal James VanSyscoc stepped in to earn one win when Jones was at a family funeral. Otherwise Jones has earned the lion’s share of the 1000.”

Will he keep coaching?

“My wife probably don’t want me to, but she doesn’t have a say in it. So I will probably go as long as it’s still fun and I stay healthy,” he laughed.

The Cougars added on to those totals, with wins during the past week with two wins over Altamont, and one each against Dieterich and Mulberry Grove. 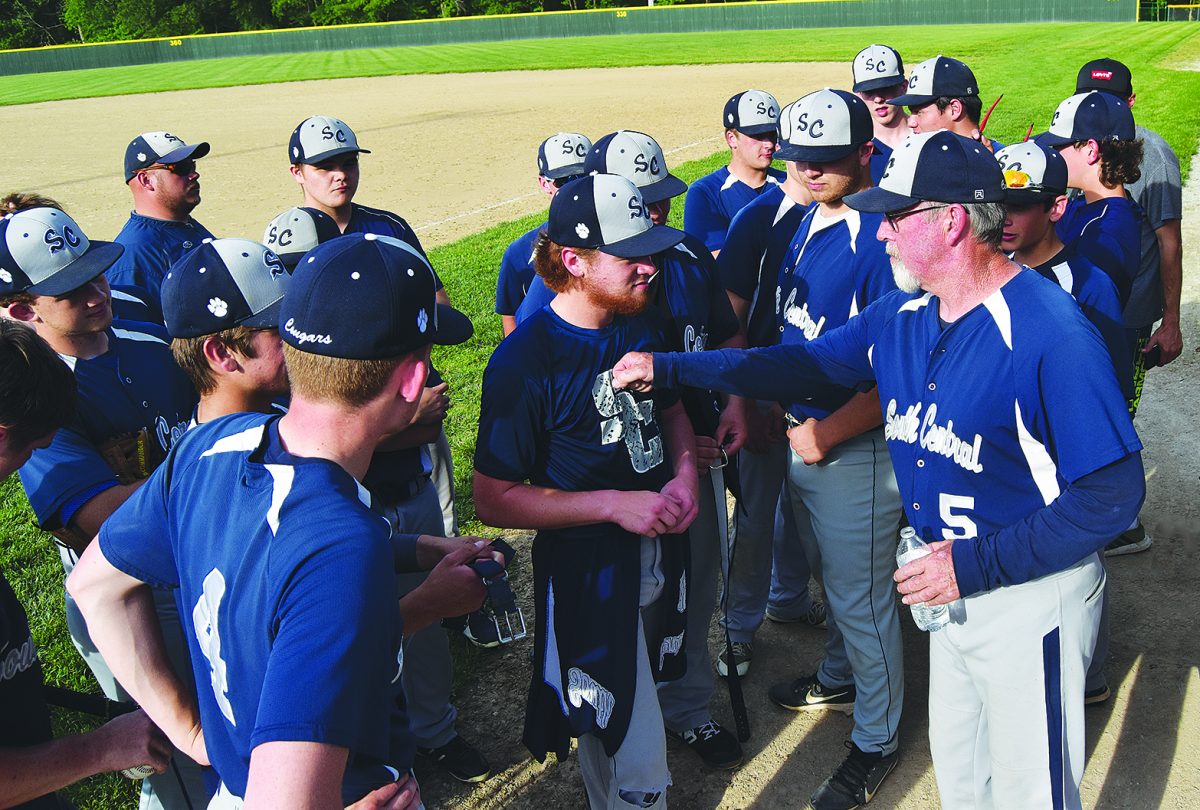 JOHN BROUX PHOTO
Coach Curt Jones gives pitcher Chase Dodson a good-natured easy shove to the chest following the righty’s shutout against Neoga on Thursday, May 20, to net the team’s 1000th win since consolidation, and Jones’ 800th career win. The cougars won the contest 8-0, and went on to earn four more wins during the rest of the week. 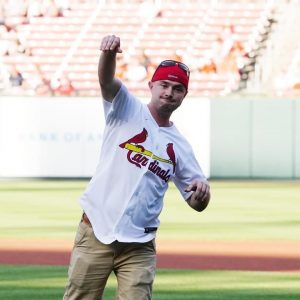 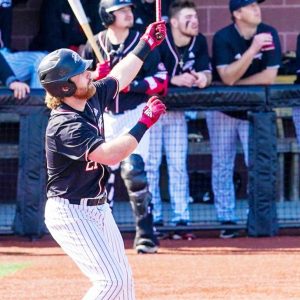 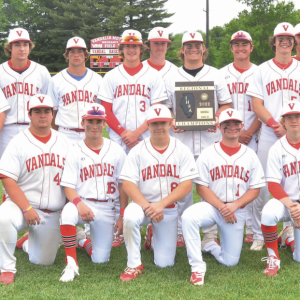