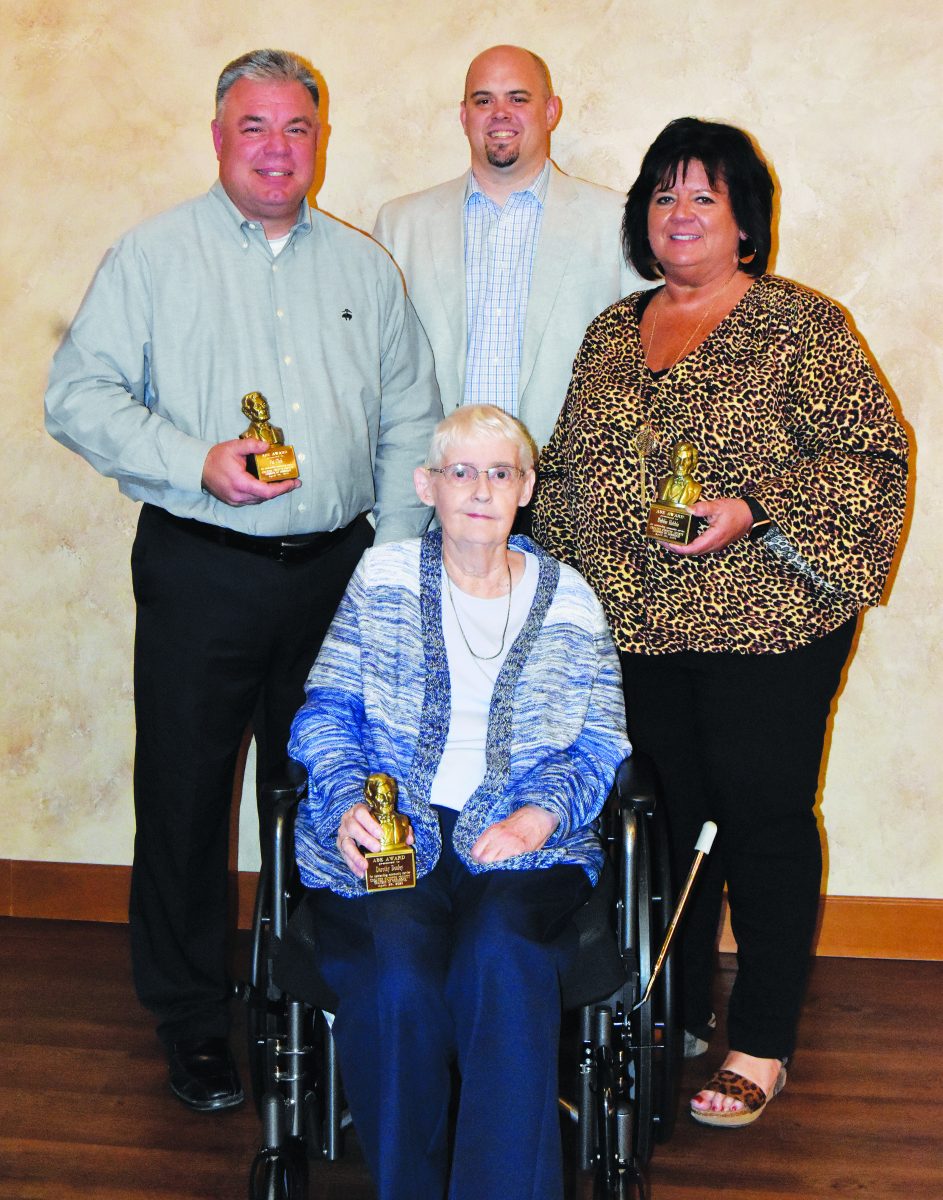 It was a night of transition, and one of honoring three Fayette County residents for their dedication and selflessness in working with organizations within the county as the Greater Fayette County Chamber of Commerce held its annual banquet on Thursday, April 29. The event was held at the 8th Day Venue in Vandalia.

The passing of the torch was held as Kara Metzger, 2020 president, officially handed the gavel over to new Chamber President Aaron Alderson.

The first recipient honored on the night was Debbie Hobbie, CEO facilitator, who was nominated by Alderson.

“First off Debbie Hobbie was nominated for her work with CEO which she’s been the class facilitator since day one 3 years ago (3 classes anyway). Obviously her work with Nourishing Greatness which feeds on average 100 kids per week. She started Nourishing Greatness 3 years ago as well. Sometimes we get caught up in the numbers of… how many meals, how many kids, how much money… Her words not mine “they feed on average 100 kids per week.

“I always get choked up thinking about the one kid how much of a difference that makes in the one child’s life… that one child that goes to bed hungry or wakes up and has nothing to eat for the day. Multiply that times 100. What an incredible gift to our community!” Alderson explained in his nomination letter.

The second recipient was Dorothy Donley, who was nominated for her decades of work, most notably with the Old State Cemetery, historical society and other volunteer work over the years.

The third recipient was Pat Click, nominated by his wife, Angie Click. In her nomination letter, Angie spoke about Pat’s willingness to serve, and with humbleness, putting others before himself. The letter had an attachment of more than a page all of the ways in which he has volunteered over the years.