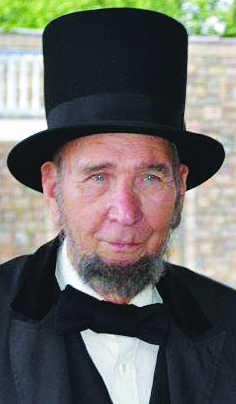 Per his wishes cremation rites were accorded. A memorial service will be held at a later date. Memorials may be made to Vandalia Christian Academy and/or Second Chance Animal Rescue, both of Vandalia. Miller Funeral Home, Vandalia, is in charge of arrangements. Online memories and condolences may be shared with the family at www.millerfh.net.

He was born April 7, 1931, in Brownstown, the son of William Curtis and Anna Etta (Weaver) Clymer. He married Arlene Marie Wodtke on September 8, 1962, in St. Peter. He was the owner/operator of Clymer TV & Appliance, Vandalia; was a US Army Korean veteran; member of Vandalia Lions Club; and Association of Lincoln Presenters. He started presenting Abraham Lincoln in his early 20s.

He was preceded in death by his wife; parents; brother, Gene Clymer, and sisters, June Hawley, Mary Ann Ashby and Bettie Davis.