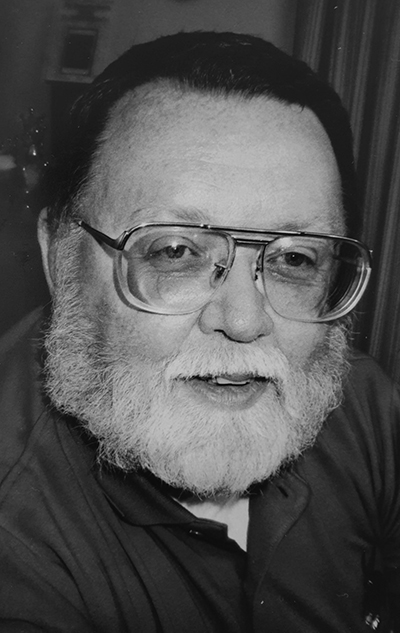 Keith Leroy Bess was born on June 5, 1947, in Vandalia, the seventh and last child of Roy and Nellie Harrison. When his mother died just months after his birth, relatives of the family, Lavern and Lucille Bess, took him in and later adopted him.

Keith grew up in Altamont and decided at an early age that he would become a barber. After graduating from Altamont High School, he attended Decatur Barber School before enlisting in the Air Force. He spent most of his enlistment at Alconbury Air Force Base in England, where he discovered what would become three life-long passions: skeet shooting, golfing and British cars.

Keith’s love of skeet shooting lead him to join the Decatur Gun Club, where he shot skeet and trap for many years, winning the club championship and serving as club president and later club manager. To this day, his record winter league high score of 648/650 has never been matched.

Even more than shooting, Keith loved golf. He would hit the courses in Decatur or Mowequa at least once a week, and nearly daily once he retired. In recent years, he and his wife, Judy, became Winter Texans, primarily so he could keep golfing year-round. The two major highlights of his golfing career were the not-so-shabby round he golfed at Pebble Beach and the hole-in-one he made in Texas just weeks before his death.

Keith’s first British car was a British racing green MGB he purchased at the end of his enlistment and had shipped back to the States. Other MGs and a Morris panel truck later joined his collection. In retirement, his focus shifted to Mini Coopers. He and his wife, Judy, joined the Illinois Flat Land British Car Club and could often be seen driving around in Keith’s beloved ‘Seamus’, participating in club shows and events. They would regularly hit the road and drive hours just to enjoy a meal at some little-known restaurant Keith had heard about.

With the exception of his stint as a short order cook at Max Greenberg’s restaurants in Decatur’s Professional Building and airport, Keith spent his entire career working as a barber. He cut hair at various barber shops around Decatur before purchasing the VIP Men’s Hairstyling salon in the late 70s. Keith eventually went on to earn an Associate’s Degree in Business at Decatur Community College. He operated his one-chair shop for over 30 years, retiring in 2010. Keith always said he had the best profession in the world: his friends would come in and they would shoot the breeze for about a half hour and then they would pay him before they left. True to his Irish heritage, Keith’s jovial personality and gift of gab meant he never knew a stranger.

Keith married Judy Kay Doubet of Pekin on April 12, 1974. The ultimate master of dad jokes, he was a loving, caring and active father to their two daughters, Kimberly and Amy. In the late 90s, Keith and Judy opened their home to several foreign exchange students, creating an extended international family. Keith volunteered with the YFU foundation for several years.

Every year as the Christmas season approached, with his impish grin, white beard and round belly, young children would often mistake Keith for Santa Claus, especially when he wore his red sweater. Instead of correcting their misconception, he would play the part, bringing joy whenever he could. That says it all about Keith and how he enjoyed a life filled with simple pleasures and meaningful relationships.

Keith was preceded in death by his brothers Robert Harrison, Kenny Harrison and Larry Harrison. He is survived by his wife, Judy; daughters Kim and Amy; exchange daughters Murielle, Katy, Nathalie, and others; five grandsons; brothers Richard Harrison, Alan Harrison and Ron Bess; sister Shirley Williams; half-sister Brenda Adamson; step-sister Joan Connor; and countless nieces and nephews. There are no words to express how much he will be missed.

A Celebration of Keith’s Life will be held at 11 a.m. Monday, April 5, 2021, at Camp Butler Cemetery, in Springfield, with full military honors. Memorials to the Cystic Fibrosis Foundation. Blurton Funeral Home, 400 N. Vermilion St., Potomac, IL, is in charge of arrangements. Condolences may be shared with the family on his everlasting memorial page at: www.BlurtonFuneralHomes.com