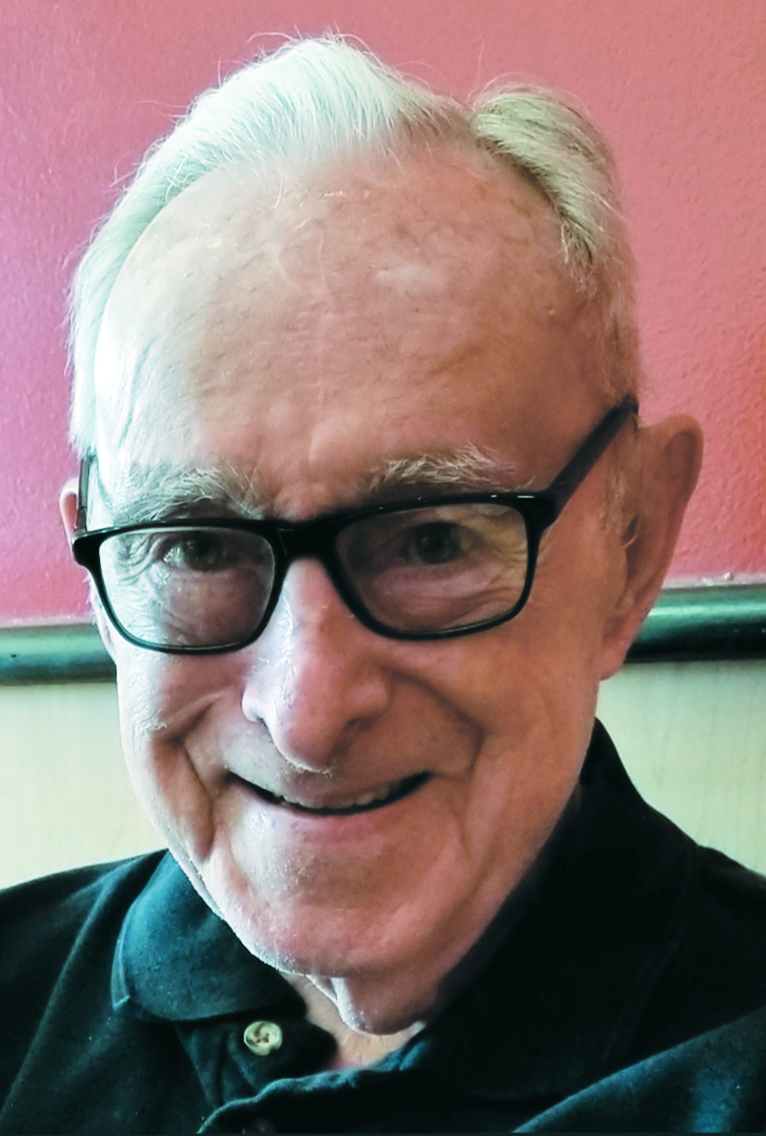 Patriarch Popop aka Francis “Frank” Patrick Murphy, who lived joyfully in his big brown house in Vandalia, passed away on March 11, 2021 at Barnes Jewish Hospital in St. Louis, Missouri, surrounded by the most caring doctors, nurses and other healthcare workers.

Visitation will be held from 10 a.m. until noon, Thursday, March 18, 2021 at Mother of Dolors Catholic Church, Vandalia. A private Mass of Christian Burial with Rev. Fr. Scott Snider officiating will follow. Interment will be held at Mother of Dolors Catholic Cemetery with military rites accorded at the graveside by Brownstown VFW Post #9770 & Crawford-Hale American Legion Post # 95. Online condolences may be expressed at www.hohltandfilefh.

Born to Ruth and Andrew Murphy on July 25, 1928 (although until applying for Social Security at age 65 he thought his birthday was on July 26), of 40 Ross Street in Ashley, Pennsylvania. He grew up with his brothers Andrew (“Andy/Bud”), James (“Jim”) and sisters Claire, Mary Ellen (“Mame”) on Westminster Street in Wilkes-Barre, Pennsylvania. His early childhood spanned the Great Depression, and his teen years spanned World War II. He lost his beloved older brother Andy in 1944, a paratrooper who was killed in action near Grosetto, Italy. He always said that the loss of Andy had a profound effect on his family.

Over his mother’s objection, Frank enlisted in the U.S. Army towards the end of World War II, serving as a cartographer, and attained the rank of sergeant prior to his honorable discharge. His path then led to King’s College where he received a degree in chemistry in 1952. He started his illustrious career as a dynamite chemist with Hercules Inc. in Salt Lake City, Utah before moving back to Wilkes-Barre, joining Eberhard-Faber to focus on the chemistry of inks and the development and manufacturing of other writing instruments. He accepted a position at Almar Industries in Vandalia, in 1973, eventually becoming plant manager. Almar was a subsidiary of Wallace Pencil Company which was acquired by Dixon Ticonderoga where Frank rose to become the Director of Research. He was involved in the development of inks for Shrinky Dinks and dry-erase markers, among many other accomplishments. He was well respected in the industry, as noted by David Baker, executive director and general counsel of the Writing Instrument Manufacturers Association:

“Frank Murphy represented Dixon Ticonderoga on the Board of Directors of the Writing Instrument Manufacturers Association (WIMA) from 1985 to 1995. He was a stalwart supporter of the writing instrument industry, and particularly of the wood cased pencil industry. Frank’s voice, though quiet and calm, was listened to by all intently. His contributions to the pencil industry were enormous and he will be missed by all.”

After asking the girl he “thought was too pretty for me” out on a date, Frank’s life with his one true love, Elizabeth “Betty” “Liz” Scanlon, commenced with a dance at the Spinning Wheel. They made it official on September 26, 1953. Four daughters followed over the next 10 years. Frank honed his patience skills on long road trips and camping adventures. Frank and Betty enjoyed their years in Vandalia, hanging out with “the group” and hosting epic Halloween parties. Betty, however, tragically died in 1983, at only 52 years of age.

Frank moved to Ohio, then Pennsylvania, but kept the big brown house that Betty cherished for his retirement. Christmas day with the family in the dining room was a tradition Frank held dear. As the family grew, so did the extra tables and chairs. We may have been packed in like sardines, but boy did we eat, raise a toast, and laugh! Thankfully, as a family there are too many stories to relate in this small space but know that Frank wrapped his arms around his family and prayed daily asking the Big Man to “please watch over, guide and protect my children and their families now and throughout their lives and please grant them health, happiness and peace”.

Sir Knight Murphy was a proud Fourth Degree member of the Knights of Columbus, embracing the patriotism that the Fourth Degree embodies. He enjoyed volunteering for Caring and Sharing.

Frank was preceded in death by his wife, Betty, parents Ruth and Andrew, brothers Andy and Jim, sister Claire and the recent passing of his granddaughter Kera Buchanan.

If you met Frank you know that he was a kind and warm individual, always accepting of who you were or where you were at in life, and never judgmental. For those lucky enough to truly know him we were awed by his unwavering faith, leadership, loyalty, humor, resiliency, and love.

So, we raise a nice glass of tempranillo and say goodbye to the avid golfer (maybe he did not drive far, but it was straight!), lifelong Notre Dame football fan, watcher of Jeopardy, lover of fine food, wine, and theater (from season tickets to the Fox Theater to the amateur plays of his grandchildren), all forms of music, fan of crime novels, but most importantly lover of his family. We shall leave you with his favorite Irish quote:

May your troubles be less

Your blessings be more.

And nothing but happiness

Come through your door.

For those wishing to make a memorial donation in Frank’s name, the family suggests Nourishing Greatness, Caring & Sharing or Mother of Dolors Catholic Church.