A Sparta man was killed in an accident on Ill. Route 185 near Vandalia Lake on Monday morning.

According to the Illinois State Police, Evan Dotson, 26, of Sparta, was driving a 2015 Ford tractor and trailer south on Route 185 about half a mile north of County Road 500 East shortly after 10:30 a.m. when he fell asleep and ran off the road to the right.
Dotson then overcorrected and crossed the center line, striking a trailer being pulled by a 2018 GMC pickup truck driven by Jesse Rosenberger, 43, Vandalia, according to state police.
The Dotson tractor-trailer then left the roadway to the left, entered a ditch and struck a tree, according to state police.
A passenger in the tractor-trailer, Chad Kinstler, 47, of Sparta, sustained fatal injuries in the accident.
Fayette County Coroner David Harris pronounced Kinstler dead at the scene of the accident.
Dotson was transported to SBL Fayette County Hospital with non-life-threatening injuries. Rosenberger was not injured.
Dotson was ticketed for improper lane usage, driving while fatigued, no valid driver’s license, failure to wear a seat belt and operating an uninsured motor vehicle.
The Vandalia Volunteer Fire Department responded to the scene for extrication. 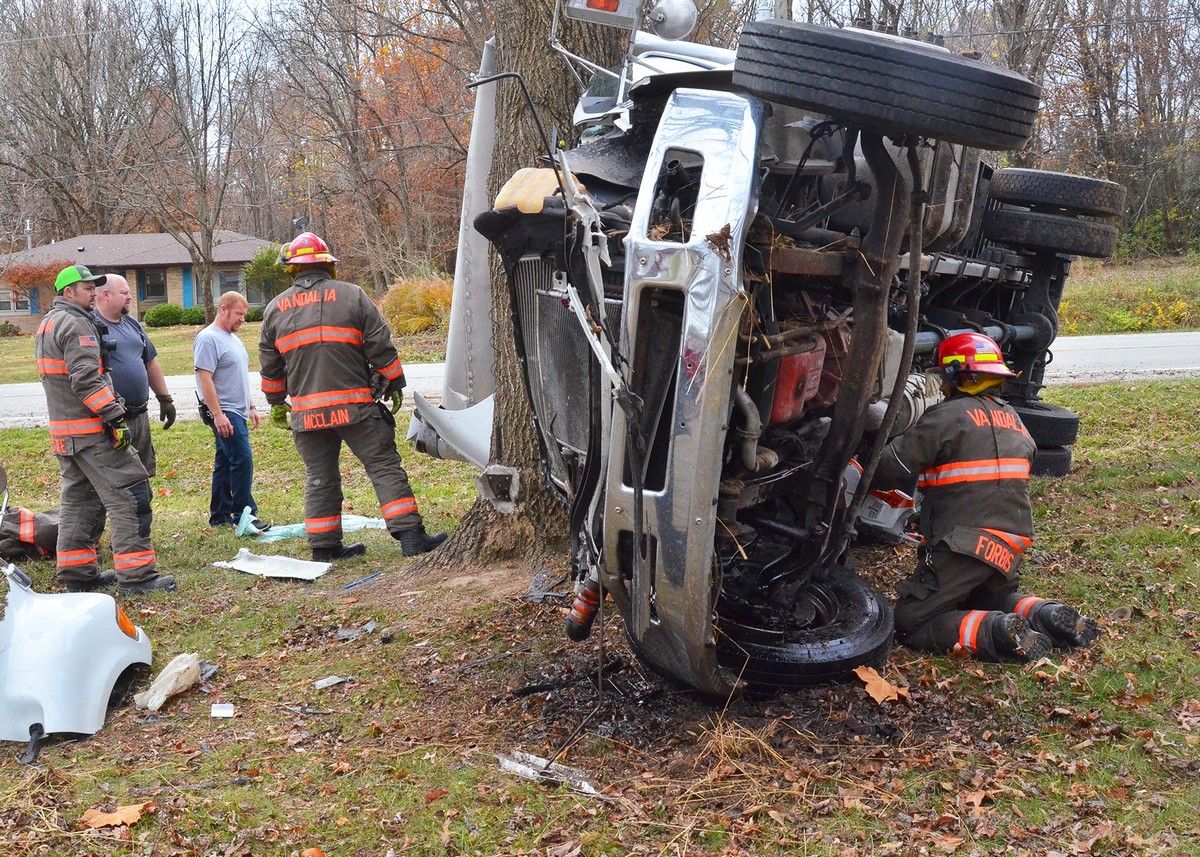 The Vandalia Volunteer Fire Department was called to the scene of an accident on Ill. Route 185 on Monday morning for extrication.