By Whitey Willms & Jon K. Smith
A few months ago I ran into my long-time friend and college buddy, Jon K. Smith. Jon grew up in Vandalia, attended Vandalia schools and now lives in Springfield, Illinois. We talked about old times and then moved on to a subject near and dear to Jon’s heart and mine, his dad, Eldon “Curly” Smith.

Curly has since passed away, but has quite a history for us all to appreciate.
Curly was born on Jan. 8, 1917, and enlisted one month after the Pearl Harbor attack by the Japanese and was sworn in on his birthday, Jan. 8, 1942, into the Army Air Corps. After graduation he left for Columbia, S.C., for advance schooling, Squadron Formation and was promoted to T/SGT. He then departed for Spartanburg, S.C., and to Westover Field, Maine.
Flight crews were assigned and issued new B-25 Mitchell Bombers. Curly’s flight crew of five named their bomber “The Wolf Pack” (Tail number 113078).
They were part of the 310th GR 378 Squadron and in WW II, they flew to Oran Morocco and onto Tunisia, where missions were conducted over Cape Bon, Sicily, Sardinia and Italy.
During this period, Smith completed 50 combat missions (the maximum allowed by the military at that time), which means the “Wolf Pack Crew” was grounded and sent back to the U.S (they actually did 51 missions due to their planes mechanical problem).
Curly finished his active duty at Laurinburg-Maxton Air Base, N.C., in 1945.
He was awarded the Air Medal W/9 Oak Leafs and multiple campaign ribbons. Master Sgt. Smith had many combat hours over his time in WW II.
He then served 10 years in the Air Force Reserves, and was called up briefly for duty during the Korean War.
Back home in Vandalia, he worked for the U.S. Postal Service for 35 years and then worked for Miller Funeral Homes for nearly 20 years.
On a personal note, Eldon Smith married Lucille Pummill in 1941, and they were married for 61 years. They were the parents of three children: twin daughters, Pamela and Patrice; and son, Jon K.
This is Curly’s diary entry on the last day of his combat flights.
No. 51 – Sept 24, #1 plane, 1st element, 1st flight of 2nd 18, Briefing time: – 1030
Target today – Road bridge just east of Mirabella, which is east of Naples,
36 – B-25’s No escort, 6 – 500 lb. bombs, Bombing altitude 12000 ft.
Take off – 1158, Target time – 1358 Today,
I am putting in my last raid with LT. Rice, LT. Ryan, LT. Mazenski, LT. Kanieczska, Sgt. Papp and Major Wilder is also with us. We are flying in McGuffy’s No. 113103. T/Sgt Bello’s plane. Going out we passed over a large convoy. Weather kind of bad with low overcast thought maybe we might have to turn back. As usual, we go in over the Gulf of Labaus and all of our boats are still there. We cross our lines weaving and twisting. Very mountainous in there and fires were going all over the mountains everywhere probably started by artillery fire. Started our bomb run then were completely over target before we knew it. Went on by and then turned and made second run at it since there wasn’t any flak there. Dropped bombs but they hit to left of bridge on the road. Other planes had made one good hit on bridge but most fell on road completely knocking out both roads and approaches to bridge. Came on out back across our lines and still no flak or no fighters. Flew right over harbor of Salerno and the town looks really pretty from air built right at foot of mountains on edge of sea. Came on back and landed at 1558. All planes back OK. Sure was sweating this last one out. Boy am I happy! This is the end! Finish! Grounded! THE END TOTAL COMBAT HOURS 196 hours 45 minutes 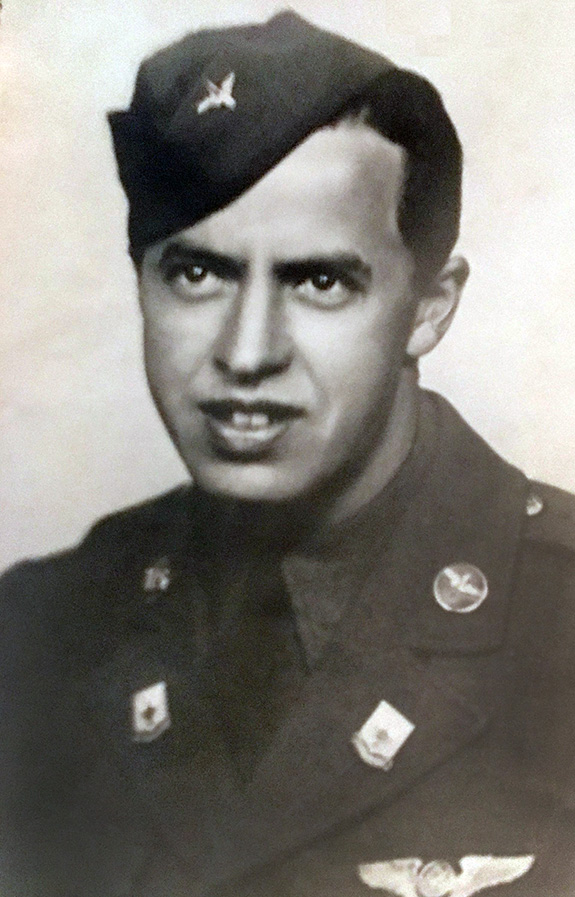 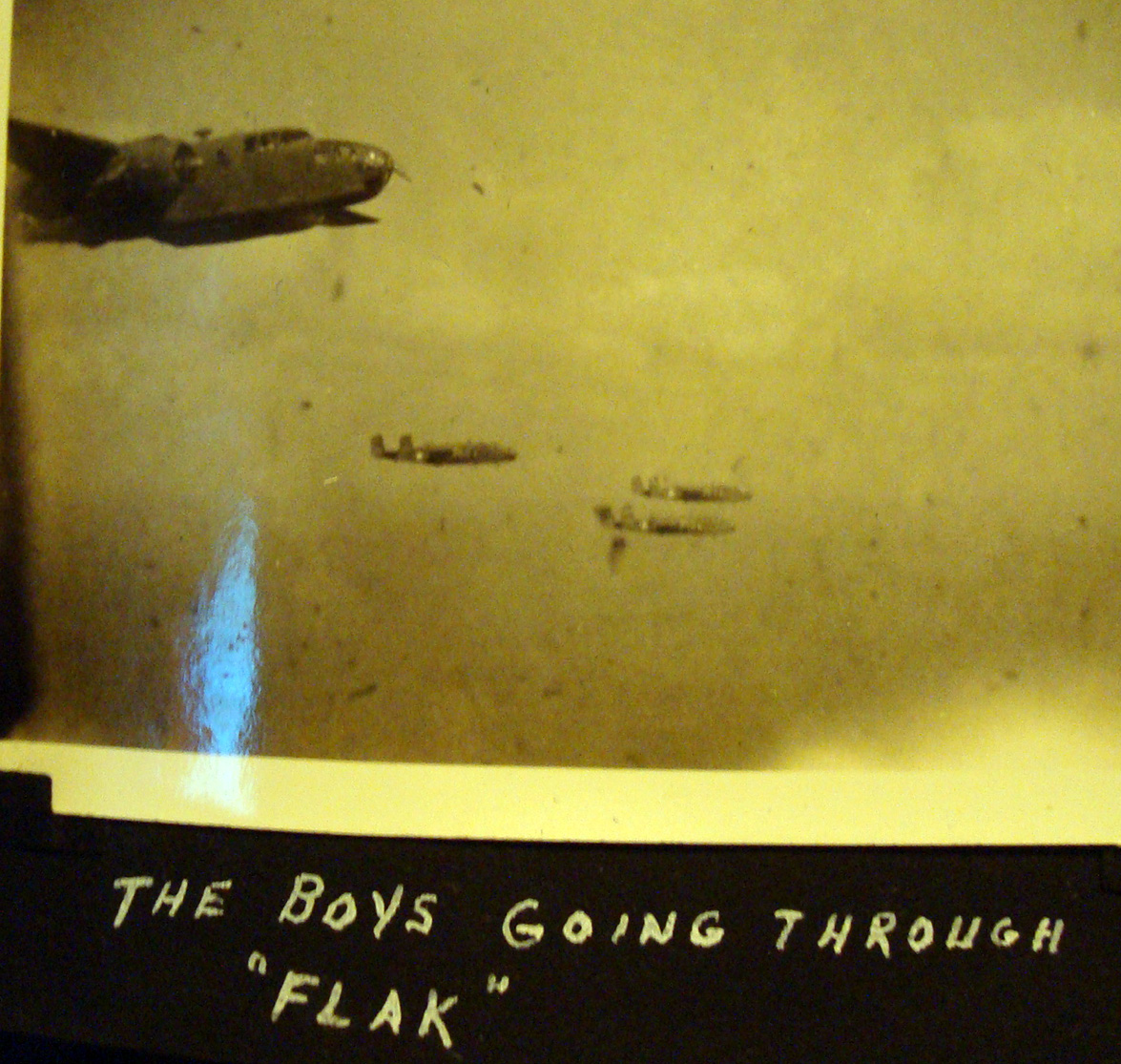 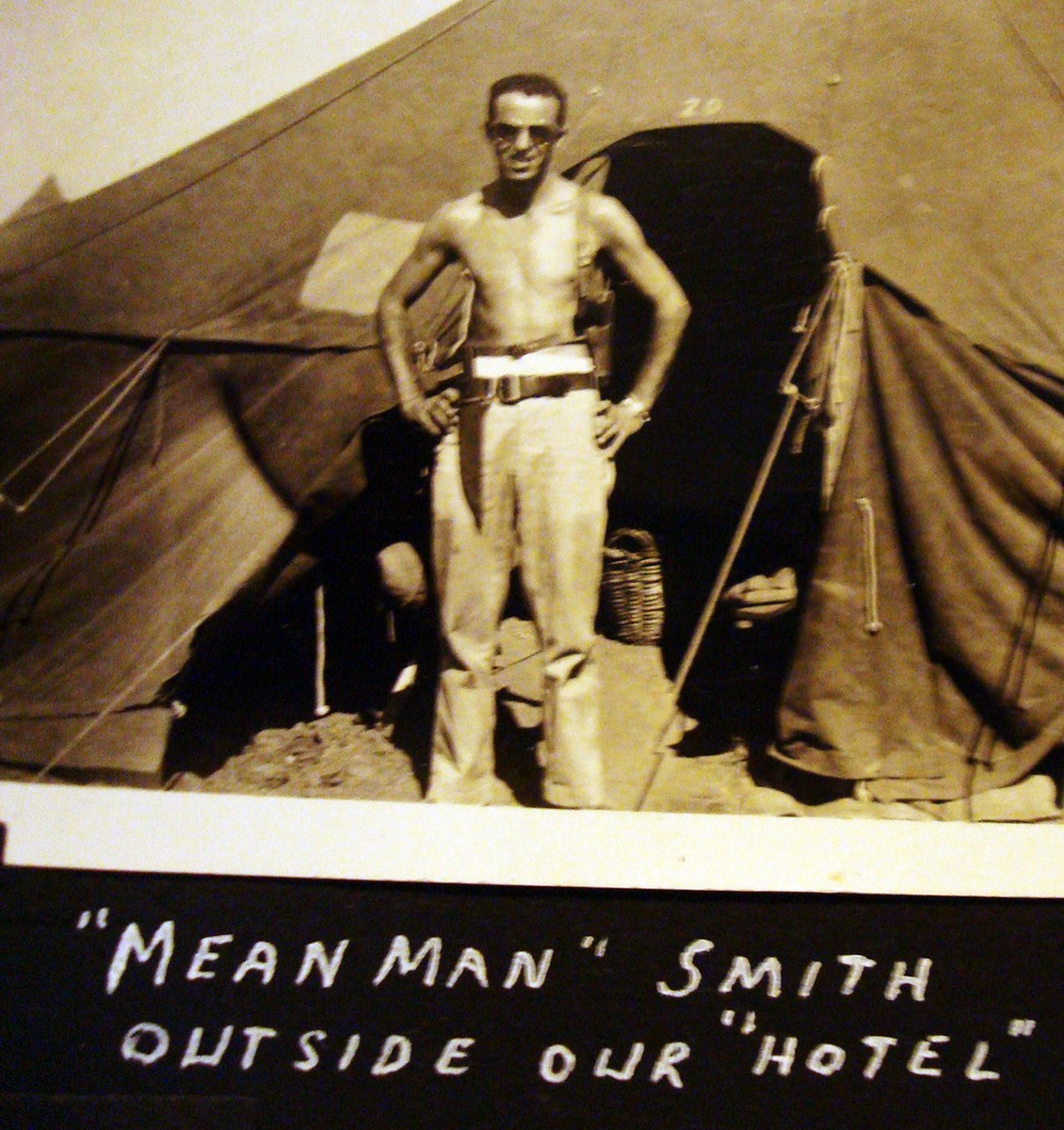 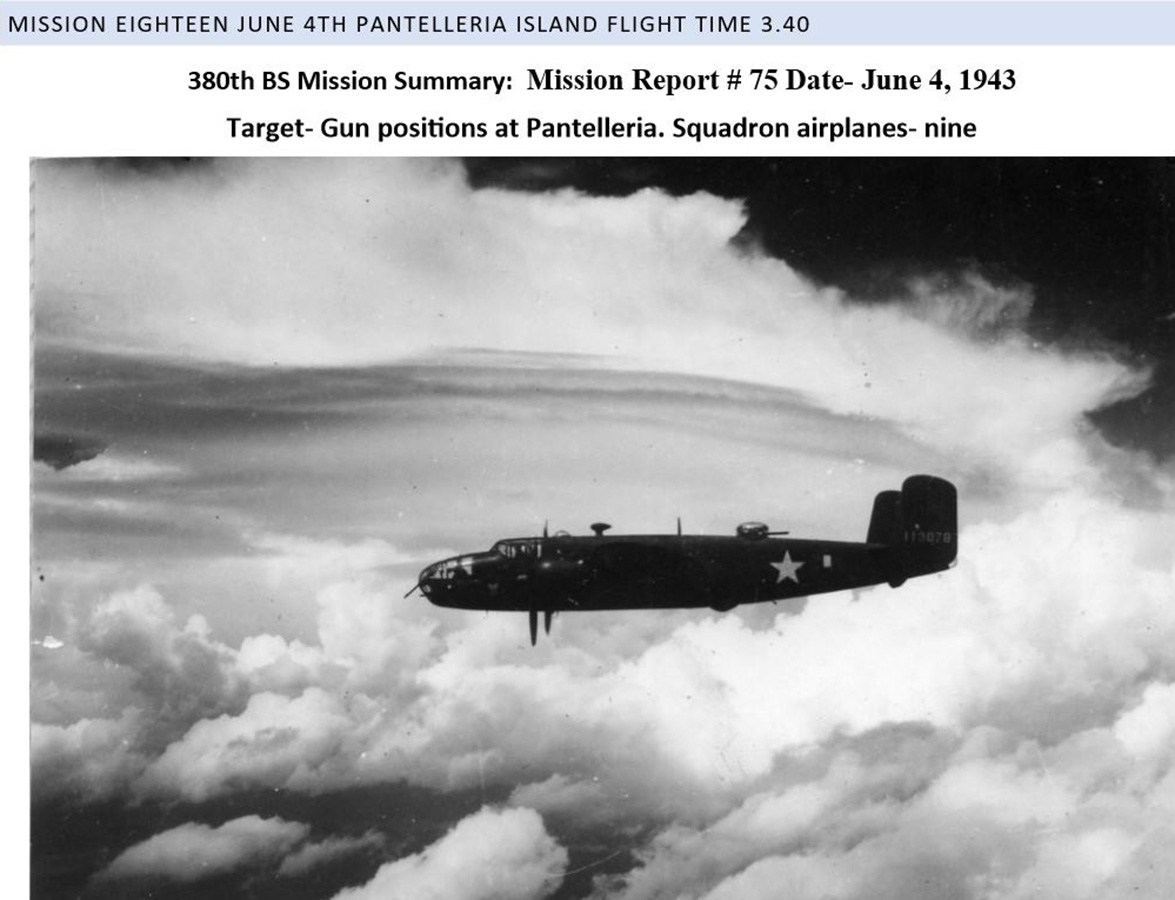