Fayette County has only one contested race next Tuesday, and that's only in Fayette County Board District No. 4, where Republican Doug Knebel and Democrat Brian Holliday are vying for that seat.
But, there are still many reasons for county residents to vote next Tuesday … unless they are among those who have already voted.
Of course, at the top the ballot is the presidential race, where Republican Donald Trump is seeking a second term, opposed by Democrat Joe Biden.
County residents also play a role in picking a new U.S. congressman, choosing between Republican Mary Miller and Democrat Ericka Weaver, and deciding on the state representative in the 107th District, where Republican Blaine Wilhour is again challenged by Democrat David Seiler in his bid for a second term.
County residents also will vote on Illinois Supreme Court and Appellate Court judges.
And, one of the more important things on the ballot, something that will affect all of us in Fayette County, is the proposed amendment to the Illinois Constitution to replace the state's "flat tax" with what proponents are calling the "fair tax."
The wording on that issue includes, "The amendment does not itself change tax rates. It gives the state the ability to impose higher tax rates on those with higher income levels and lower income tax rates on those with middle or lower income taxes."
Study both sides of that issue, remembering that our state legislators are the ones making decisions on that "ability."
So, even with so many uncontested races in our county, there are some very important reasons to be a part of the election process next Tuesday.
rb

Parents need to know about Kik 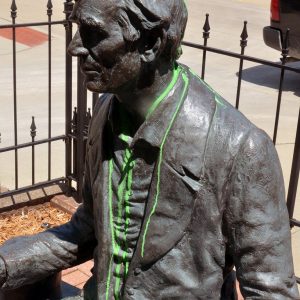