City officials joined with the Greater Fayette County Chamber of Commerce for a ribbon-cutting ceremony at Kanata Blanket’s new Vandalia home.
Kanata, a leading manufacturer of premium blankets and promotional products in North America, has relocated its U.S. operations to the former home of Purina Mills off of Veterans Avenue.
The Thursday afternoon event also included tours, with Kanata’s new Vandalia employees displaying equipment used at the local facility.
Mayor Rick Gottman said the event was held “to show our support for this company that has purchased this property and has started hiring folks here in our community.
“It’s a great opportunity for us to showcase them today,” Gottman said.
“We appreciate you and your company locating here in Vandalia,” Gottman said to Fred Flegel of the company’s ownership group.
“It’s an opportunity for us to be showcased worldwide,” he said.
The arrival of Kanata, Gottman said, “keeps (this building) on the tax rolls here in our community, and it also brings jobs,” said the mayor, who praised the city’s director of economic development, Amber Daulbaugh, in her efforts to land the new industry.
Fred Flegel of the Kanata ownership group also praised Daulbaugh.
“Her efforts have been tireless on our behalf, and we totally appreciate all of the work and effort,” Flegel said.
Flegel noted Kanata’s ties with Poly-Pak and Ship here in Vandalia.
“Really, the Poly-Pak workforce has been a real incentive for us to come here,” he said.
Flegel said the ownership group purchased Kanata Blanket about a year ago. “It’s had a 25 year history of success.”
He said the group decided to relocate the company’s operations after experiencing “problems with quality of production and the workforce” and other issues.
“So, based on our experience with Poly-Pak, why not Vandalia?” Flegel said.
“I can tell you that since we’ve done this, for us, the opportunity for us is greater than we initially expected.”
Flegel praised those in the company involved in the Kanata Blanket relocation, including Angie Anderson, a member of the ownership group who is serving as the director of operations for the Vandalia facility.
Anderson said that Kanata currently has about 10 employees, with hopes to add another seven or eight in the new few weeks.
Down the road, the company plans to add more employees as it brings more machines into the Vandalia building.
“I’d like to add two or three more machines,” with five people needed for each machine, Anderson said.
She said the ownership group purchased the local property at the end of July and beginning moving into the new home of Kanata Blanket on Aug. 1.
The local plant has been in operation for about three weeks, Anderson said.
Other speakers during the program included Alyson Grady, central regional manager for the regional economic development team at the Illinois Department of Commerce and Economic Opportunity.
“Today’s announcements is particularly timely, given the impact of COVID-19 has had on all of our communities, and we’re pleased to Kanata pledge to create 40-50 jobs in the year ahead,” she said.
“In fact, today’s ribbon cutting continues a winning streak of announcements by new companies and manufacturers choosing Illinois in recent months, giving proof that our state is open for business, and with October main national manufacturing month, today’s announcement is even more significant.
“As a national leader, as the fourth largest state for manufacturing, Illinois, offers an attractive and competitive environment for companies seeking to do business here,” Grady said.
Also speaking was state Rep. Blaine Wilhour (R-Beecher City.
“I appreciate your work on this,” Wilhour told Gottman.
“Folks, this is what it’s all about, this is what we fight for in Springfield, to bring jobs and opportunities to, to our region, and I really thank Kanata for making this investment here, because with the investments, we do get a chance to bring additional jobs and opportunities.
“I think that you’re going to see, you probably already see, that we have a tremendous amount to offer here in Vandalia and this region,” said Wilhour, who also praised Gottman, Daulbaugh and other city officials for their work in luring Kanata Blanket to Vandalia.
“We’re very excited about, the additional opportunities and the growth that we can see here to, to provide more jobs and opportunities for Fayette County and our region and, I am especially proud and happy that this is right here in my home county,” Wilhour said.
Other speakers include Randy Prince of the Illinois Manufacturers Association and Kara Metzger, the current president of the Greater Fayette County Chamber of Commerce. 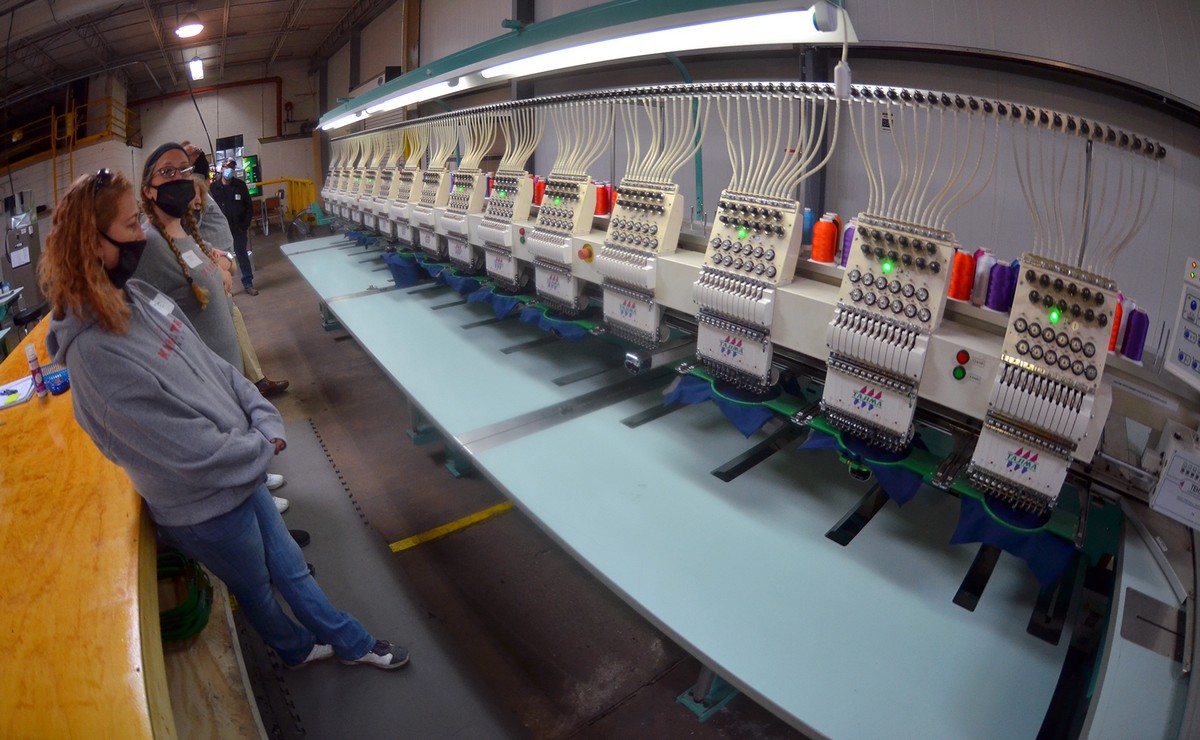 Those attending the ribbon-cutting ceremony for Kanata Blanket last Thursday got to watch the company’s equipment, including embroidery machines. 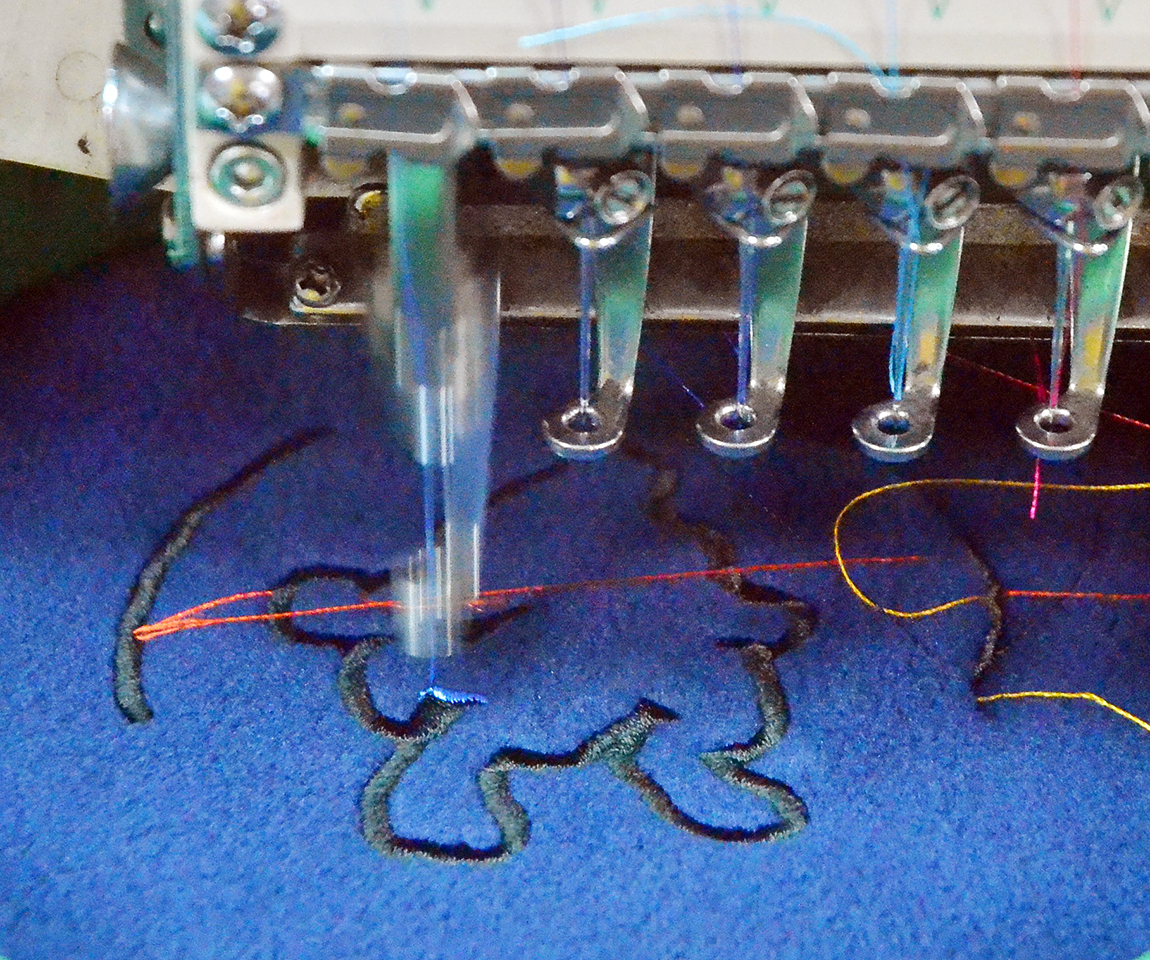 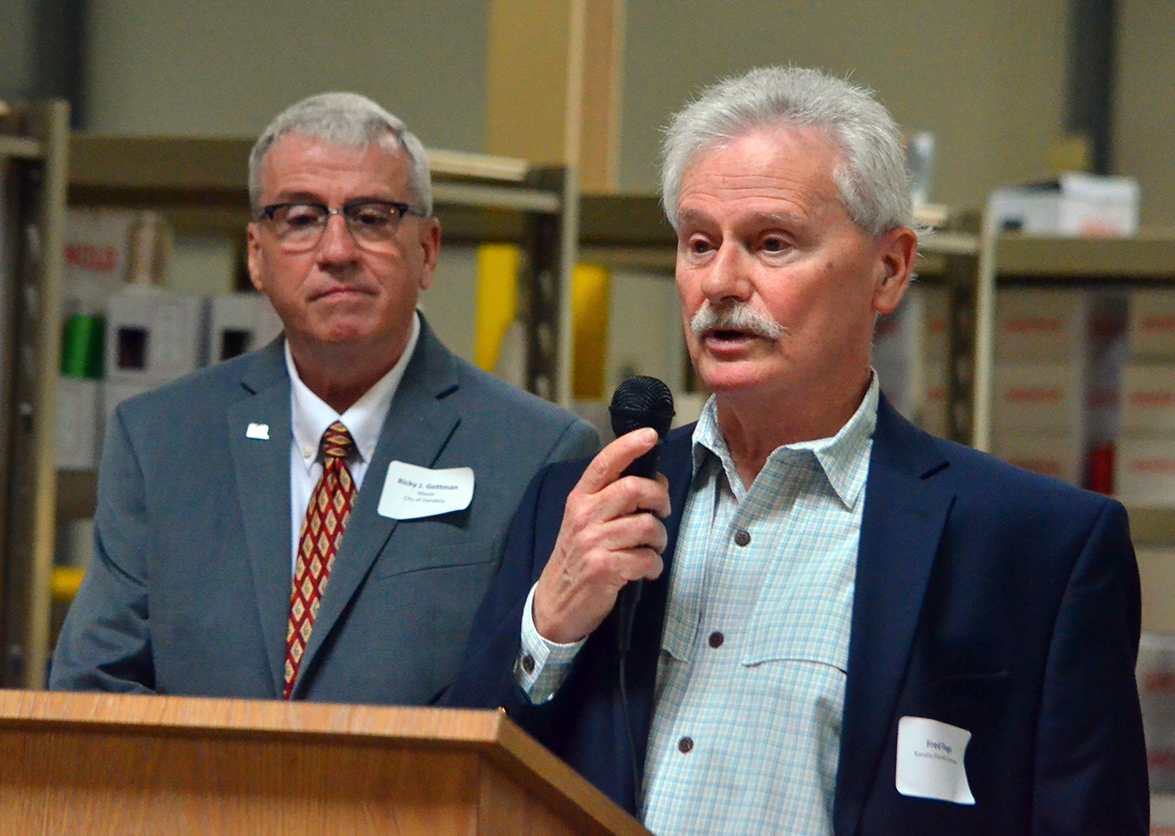 Fred Flegel of the Kanata Blanket ownership group addresses the crowd on hand for a ribbon-cutting and tours last Thursday. Mayor Rick Gottman looks on. 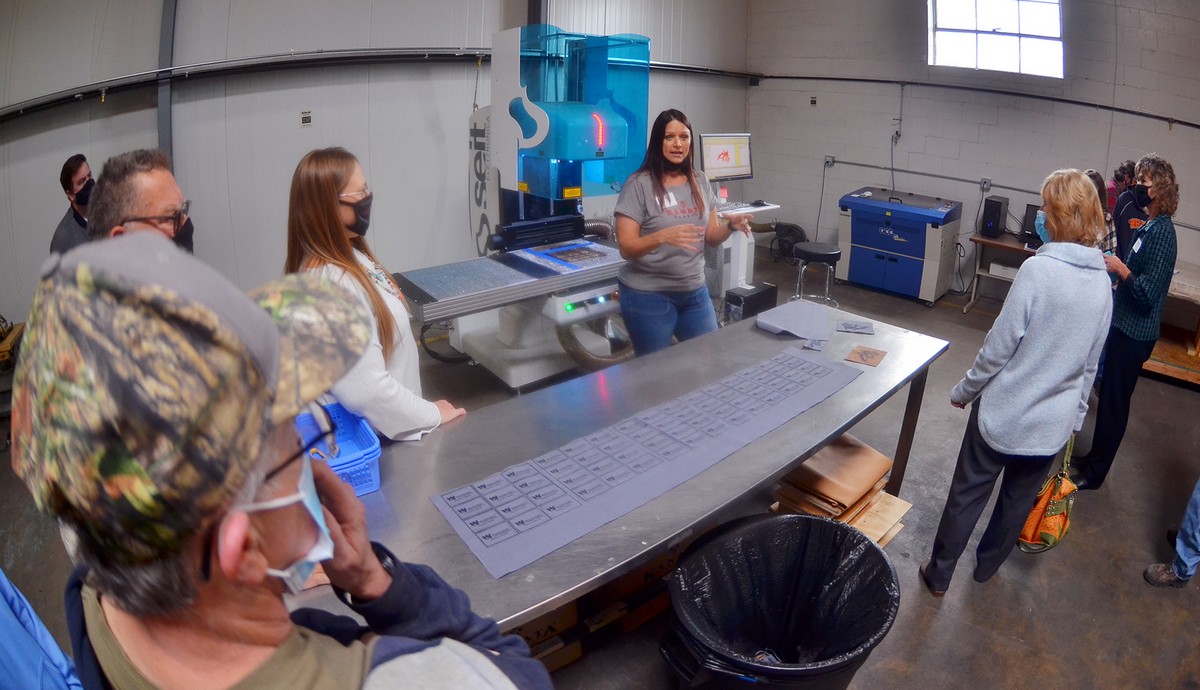 Traci Waschle demonstrates the laser printer at the Kanata Blanket facility in Vandalia during the open house last Thursday afternoon. 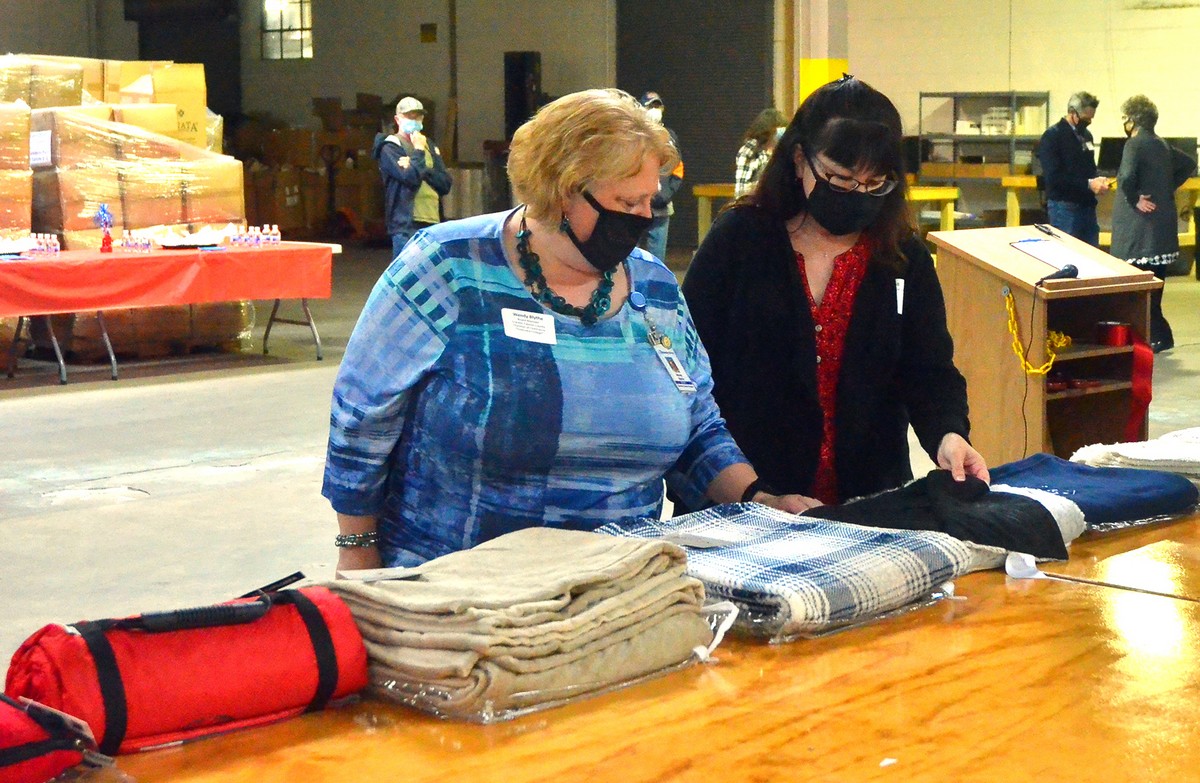 Wendy Blythe, director of the Kaskaskia College Vandalia Campus, and Tara Hall, a representative of state Sen. Jason Plummer, look over some of the Kanata Blanket products.