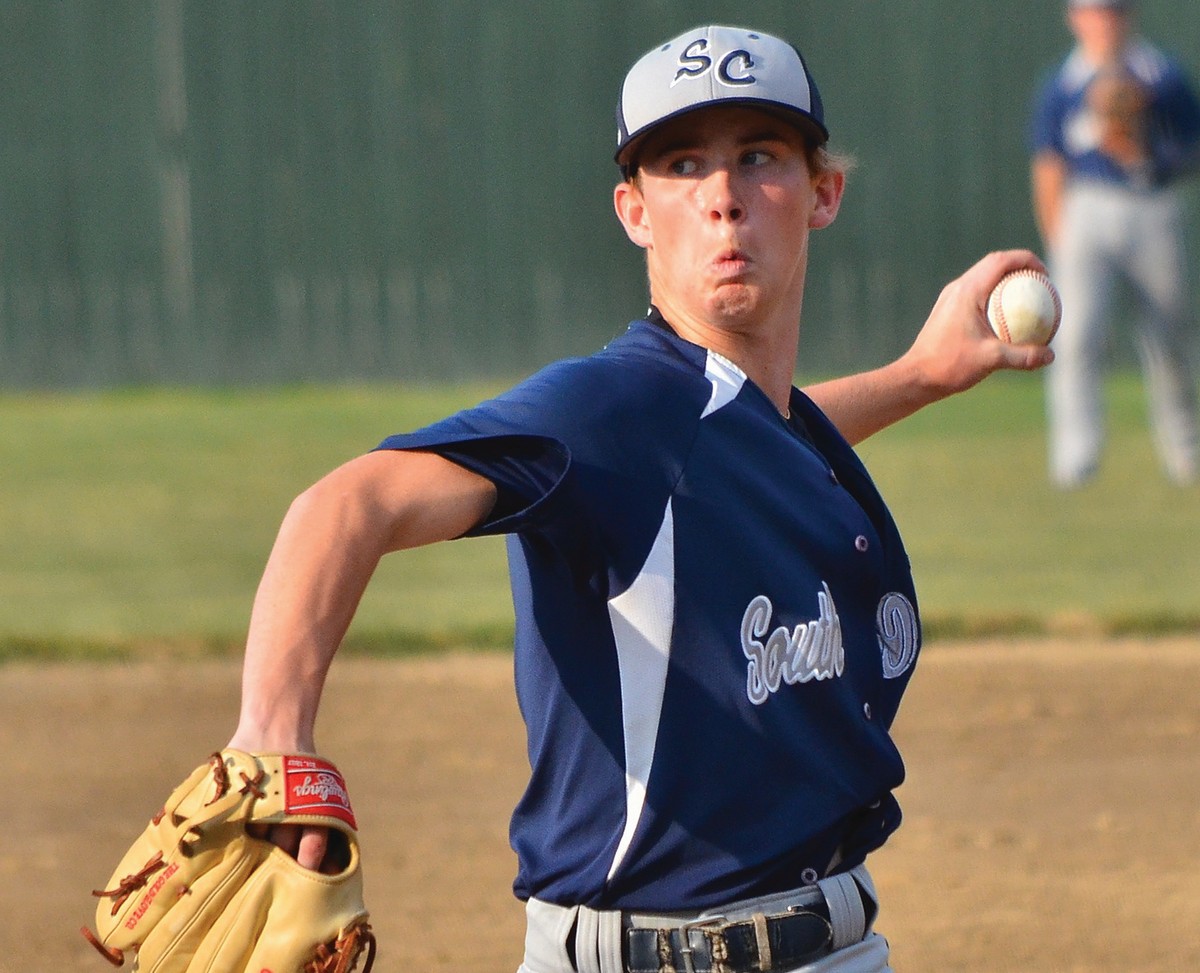 Spencer Johannes pitches in the NTC third-place game on Friday.