After seeing the results of a five-day patrol in the local construction zone on Interstate 70, the Fayette County Board agreed to support future interstate patrols. 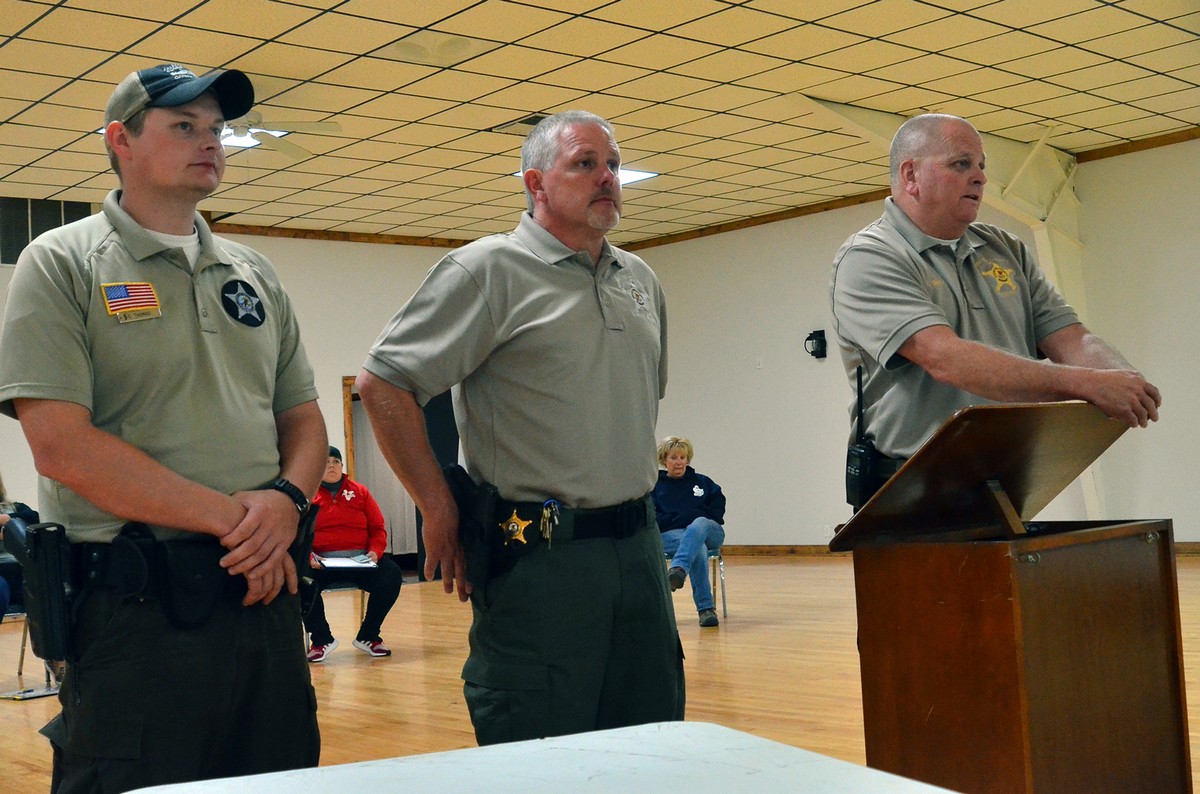 Sheriff Chris Smith, right, and Chief Deputy Chris Palmer, center, explain their reasons for interstate patroling to the Fayette County Board on Tuesday. At left is Carson Thomas, the part-time deputy who recently did patrol duty in the construction zone between Vandalia’s two I-70 exits.