Riley Ruckman fired a par 35 on Monday at Vandalia Country & Golf Club as the Vandals won big over Greenville, 144-188.

Rounding out the team score were Chase Laack and Jacob Schaal with 36s and Connor McCall with a 37.
Other Vandalia scores: Dylan Halford, 41; Jonah Beesley, 45; and Nick Rosborough, 47.
The Vandalia boys golf team improved to 13-0 by defeating Christ Our Rock Lutheran last Thursday.
Vandalia had a 161 total at Governors Run Golf Course in Carlyle, topping CORL by 18 strokes.
Chase Laack was the match medalist with a 1-under-par 35.
Dylan Halford had a 39, Connor McCall had a 42 and Riley Ruckman shot a 45 to round out the team scoring.
Jonah Beesley shot a 46, Jacob Schaal had a 47 and Nick Rosborough shot a 50.
Last Friday at home, the Vandals had a team score of 141, 1 over par on their home course.
Litchfield was second in the triangular match with a 179, and Staunton had a team score of 195.
Chase Laack, with a 33, and Dylan Halford, with a 34, both shot under par on the par 35 course.
Also contributing to the team score were Jonah Beesley, with a 38, and Riley Ruckman, with a 40.
Nick Rosborough shot a 48 and Jacob Schaal had a 50. 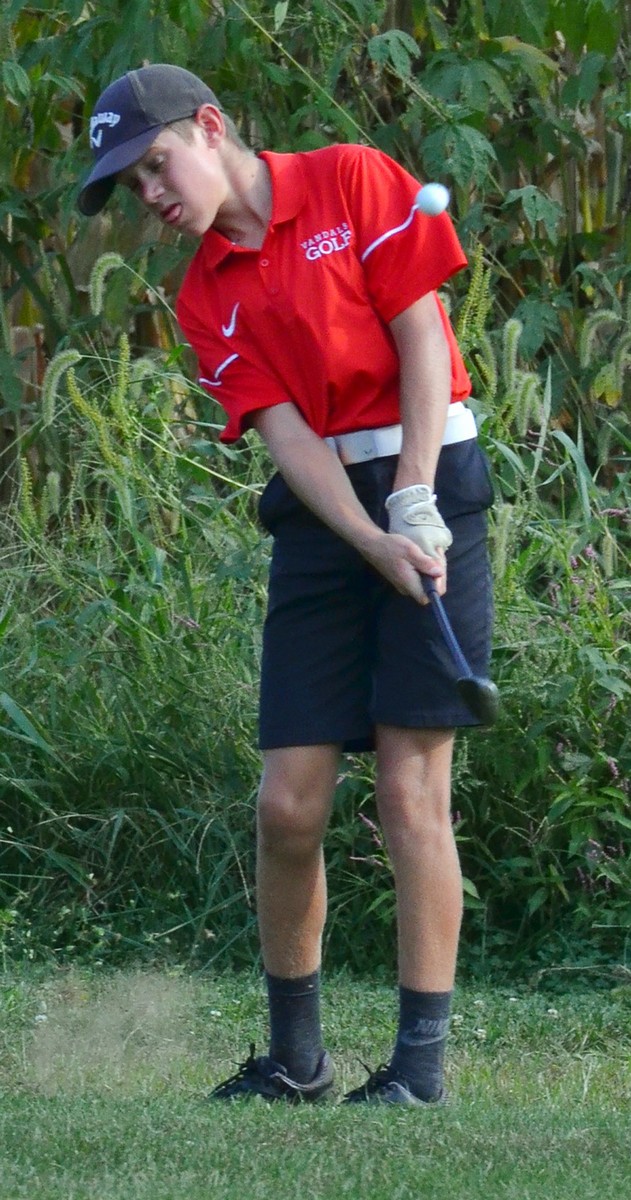 Riley Ruckman hits his approach shot on No. 6 at Vandalia Country & Golf Club last Friday. Ruckman was the match medalist on Friday.