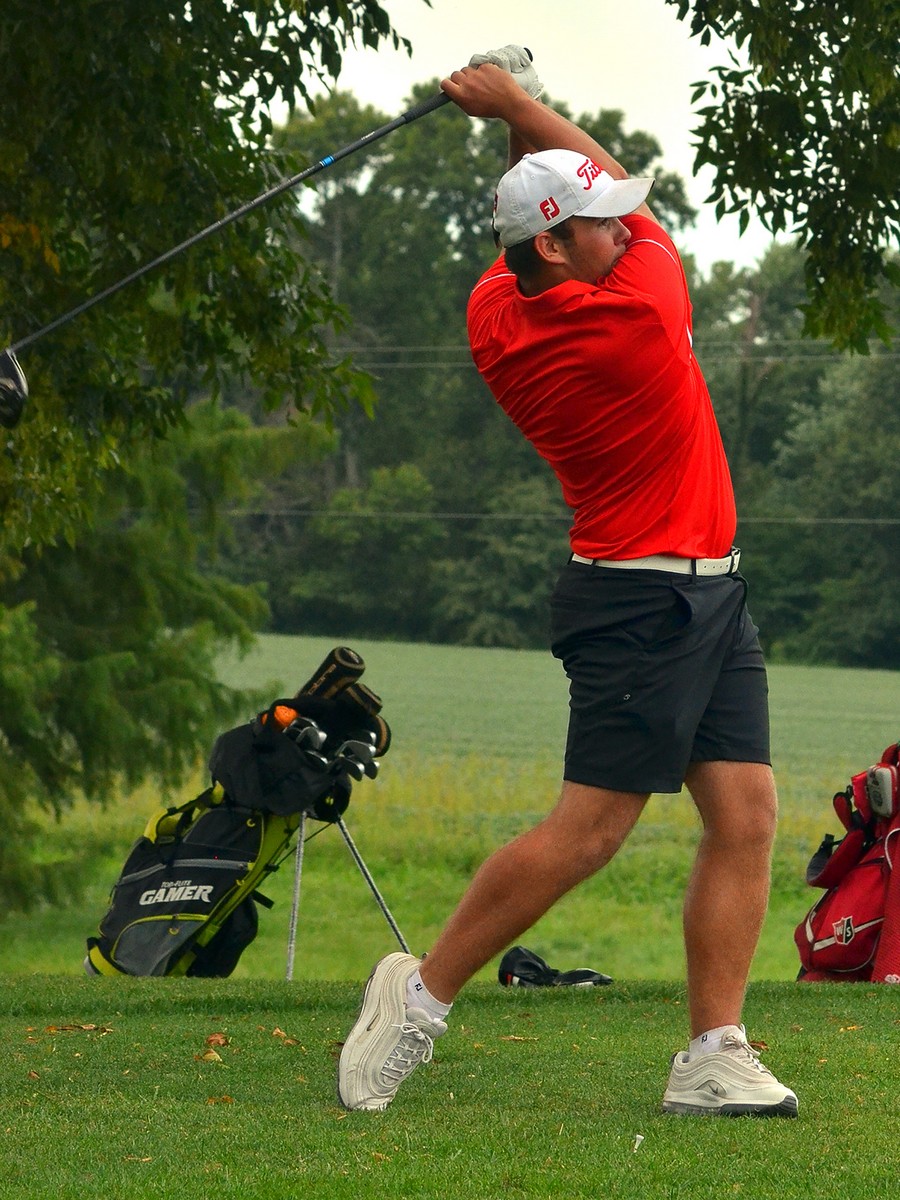 Vandalia’s Riley Ruckman tees off on No. 7 at Vandalia Country and Golf Club during last Thursday’s match. Ruckman shot a 2-under-par to lead the Vandals to a win over Ramsey and Altamont, and a new team match school record. 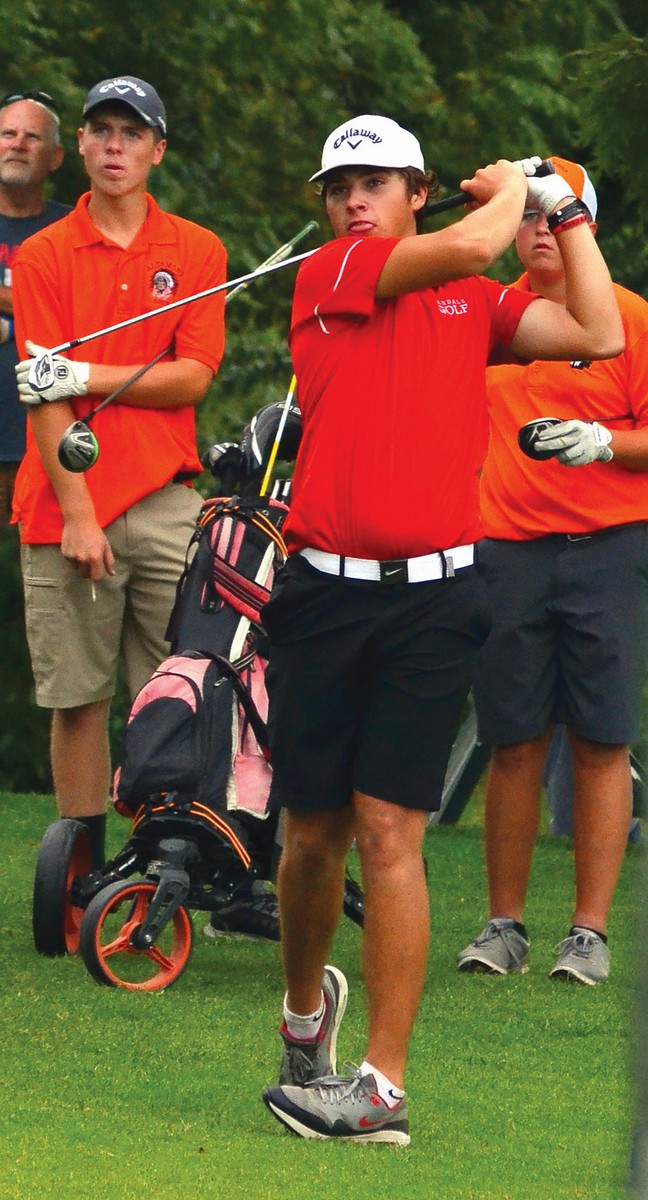 Vandalia’s Chase Laack tees off on No. 8 at the Vandalia Country & Golf Club during last Thursday’s match with Ramsey and Altamont. Laack and Dylan Halford both shot 1-uner-par 34s. 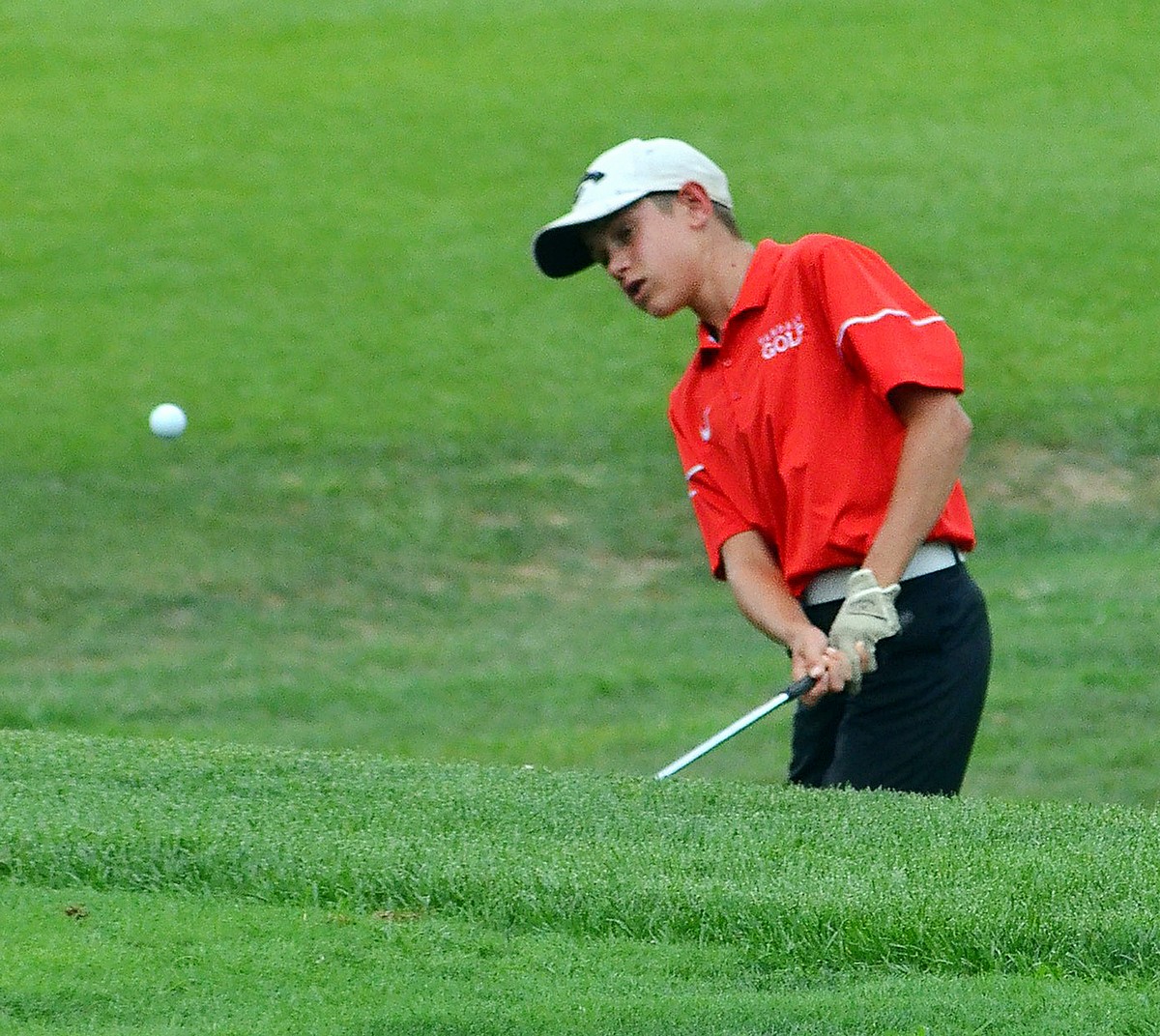