A Vandalia man is in Fayette County Jail on $250,000 bond after allegedly stabbing a male in downtown Vandalia early Sunday morning.

Van W. Klaus, 19, was arrested early Sunday on a preliminary charge of attempted murder, but that was not among the charges filed on Monday.
Klaus was taken into custody after Vandalia Police responded at 12:16 a.m. on Sunday to the 400 block of Gallatin Street, at which time they found a male with multiple stab wounds laying in the street.
Officers found Klaus, who was taken to Sarah Bush Lincoln Fayette County Hospital, where he was treated for minor injuries, and then taken to the Fayette County Jail.
Belcher was taken to SBL FCH, then transferred to another hospital.
The office of Fayette County State’s Attorney Joshua Morrison on Monday  charged Klaus with:
• One count of armed violence, which alleges that Klaus “while armed with a dangerous weapon, a knife, performed acts prohibited by (state statutes), in that he used a knife to stab Bo Belcher.
The armed violence charge is a Class X felony punishable by up to 30 years in prison and/or a fine of up to $25,000.
•Two counts of aggravated battery, which allege that Klaus “knowingly caused bodily harm to Bo Belcher, in that he stabbed Belcher.”
The aggravated battery charges are Class 3 felonies punishable by up to 15 years in prison and/or a fine of up to $25,000.
• One count of unlawful use of a weapon, which alleges that Klaus “knowingly possessed a knife with the intent to use it unlawfully against Bo Belcher.”
That charges is a Class A misdemeanor punishable by up to 364 days in jail and/or a fine of up to $2,500.
During a hearing on Monday in Fayette County Circuit Court, Judge Marc Kelly determined that there was sufficient evidence to Klaus on the charges.
During a bail hearing, during which Klaus was represented by Public Defender William Starnes, Kelly set bail for Klaus at $250,000.
Kelly also appointed a public defender, Keith Jacob, to represent Klaus.
A preliminary hearing, during which a judge will determine whether there is sufficient evidence to hold Klaus over for trial on those charges, has been set for Sept. 15. 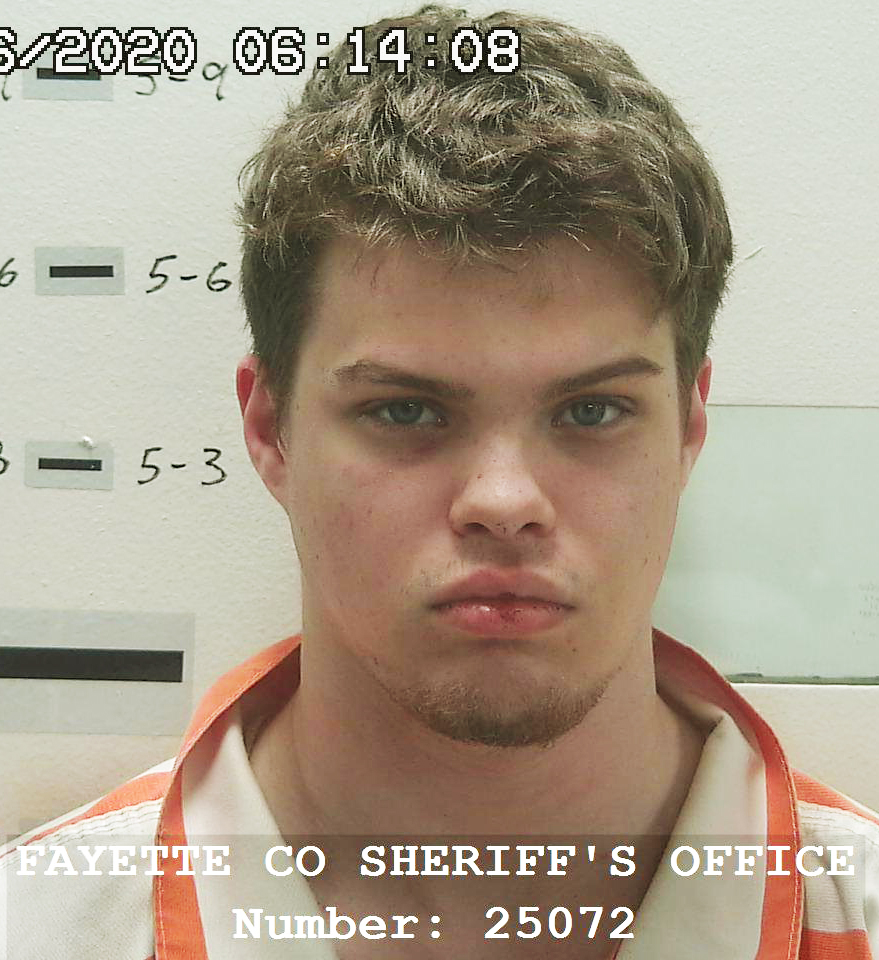