The Vandalia newspaper for March 15, 1894, carried the news that would-be thieves were thwarted at the home of Lewis McCord and did not gain entrance the past Saturday night.

“Not so fortunate was Harding’s residence, where they stole a ladies black plush coat and five pairs of men’s pants, leaving the owners nearly destitute of these necessary appendages to a gentleman’s apparel.
“The light-fingered gents seemed more bent on securing something to assuage their hunger pangs of the inner man than they were with in adorning the outer while rummaging through N.S. Buchanan’s residence, as they only took there some butter, honey, etc., with which they betook themselves to the walk outside and instantly devoured, with some bakers bread which they had secured elsewhere.
“Mr. Harding’s loss is very heavy for him to bear and the thieves should show some little charity by returning at least a part of the garments or we shall be compelled to think there is no honor among thieves.”
Near the same time, several houses were broken into by the “dark lanterned gentlemen.”
At W.W. Ford’s residence, they pried the east window open and passed out of the west window, taking with them some silver and $3 in cash.
“The thieves were unsuccessful at John Gochenour’s, where they opened a window and moved a potted plant, which alerted Mrs. Gochenour, who scared them away.
The audacity of the night was the attempt to rob Sheriff Steinhauer’s home.
Sol Tuttle was next, where they opened a window, dragging his clothing out with a long hooked stick. The garments were found at the old calaboose, with the pockets rifled.  Thankfully, the clothes were returned to Mr. Tuttle.
Another rash of burglaries was recorded in the January 1896 issue.
The burglars started at the East Madison Street home of Lon Matherly.
About 7:30 in the evening, the residence was entered through a window that had not been fastened down, while Mr. and Mrs. Matherly were downtown witnessing the “popocratic” parade.
“On returning, they saw a light in the room and hastened to learn the cause. On reaching the house, Mr. Matherly saw two men running across a back lot.  The ‘birds’ had flown with Mrs. Matherly’s gold watch.
“J.F. Sayles’ residence was also entered through a window. The thieves had bored a hole through the sash and removed the fastening.
"Their efforts were rewarded by getting Mr. Sayles’ watch.
“About 3 o’clock in the morning Dr. W.E. Schwind was awakened from his slumbers by the opening of an inside door, and through which he saw the form of a man. Springing from his bed with the yell of a Comanche Indian, he scared the poor fellow out of his boots, or at least out of the window through which he had entered.”
Three months later Daniel Clark’s home was robbed of a fine lot of provisions but nothing else of value. Dr. Smith and Carl Dieckmann succeeded in frightening the scamps away before they got in.
In the southern part of the county, they set hounds on the thieves, who were able to track them seven miles before the scents were lost when they crossed the Kaskaskia River.
George C. Manion had the misfortune to have a fine bay mare, with both hind white feet, stolen from the hitch rack west of the courthouse on Tuesday night Oct. 13, 1896.
“He is not a wealthy man by any means and can ill afford to lose the mare.”
A reward was offered for the return of the horse and the weight of the law would fall more heavily on a horse thief than a trousers thief.
The crime waves of 1894 and 1896 shook up Vandalia residents although the thieves realized little for their efforts. 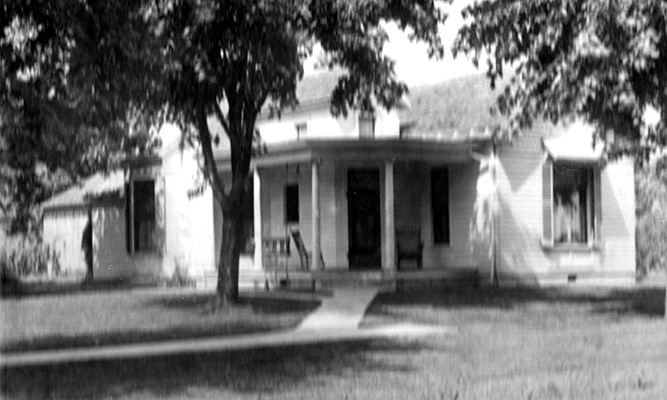