The Fayette County Board met only briefly on Monday afternoon, solely to approve a fund transfer.
The board approved a resolution that allows the transfer of up to $150,000 from the county’s capital improvement fund to its general fund.

The action was taken six days after County Treasurer Michelle Hagy told board members that there was not enough money in the general fund to meet payroll and pay the county’s bills.
Hagy said during last Tuesday’s finance committee meeting that the county had a payroll of about $190,000 and bills totaling about $125,000.
She said she would be using about $50,000 left from a previous transfer from the capital improvement fund, and would need about $100,000 to meet the county’s current obligations.
Hagy told Board Chairman Jeff Beckman after the meeting that she would likely be pulling just $100,000
The ordinance approved on Monday states that the “delays in the installation of the new financial system resulted in subsequent delays in final assessment, state certification, issuance of tax bills and distribution of funds.”
The shortfall is due to a delay in the first tax distribution, the ordinance states.
Under the ordinance, funds received from the first tax distribution will be used to repay half of the interfund loan, and the balance will be repaid with the revenue from the second tax distribution.
Hagy said on Tuesday that the capital improvement fund currently has $1,735,765,47, minus the amounts that will be repaid with tax distribution revenue.
The capital improvement fund was established in November 2007 with the roughly $5.5 million the county received for its coal rights.
Board members who were present to approve the resolution on Monday were Beckman, Merrell Collins, Pat Click, Bryce Kistler, Dean Bernhardt, Keith Cole, Glenda Bartels, Glenn Gurtner and Jacob Harris. 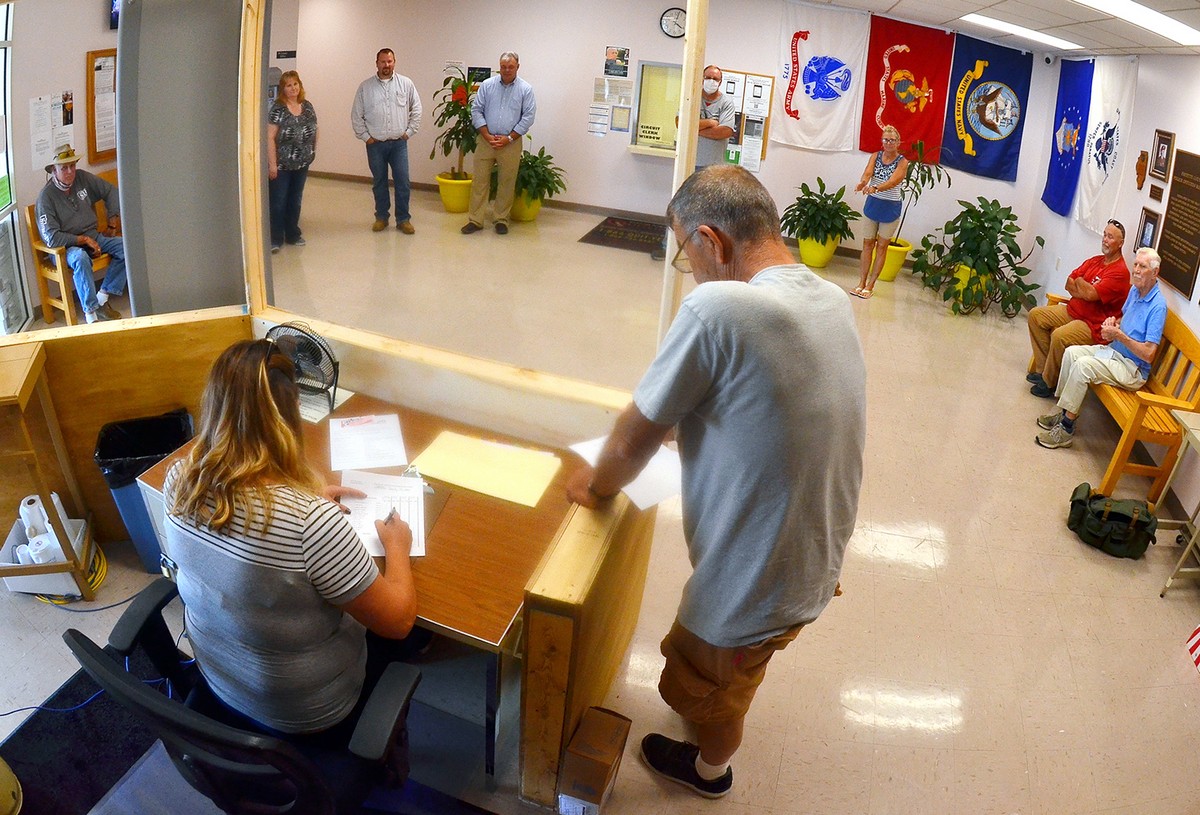 Fayette County Board members spread out in the lobby of the courthouse on Monday for a brief special meeting. In the foreground are County Clerk Jessica Barker and board Chairman Jeff Beckman.