“It’s kind of like grandma’s house – you never know what you’ll get.”

That’s one way that Jen Moloney describes Vandalia’s newest bakery – Allie Mae’s Sweetery.
“We have doughnuts, baked homemade goodies, cookies and edible cookie dough, which is trending and has proven to be very popular here,” she said about some of their offerings.
After its soft opening on March 20 and its grand opening on April 4, Allie Mae’s was a popular spot on Sundays for its cinnamon rolls, with vehicles forming long lines from the bakery at 615 W. Gallatin St.
For the most part, “those are retired until fall,” Moloney said. “Those just seem to be a colder weather comfort food.”
In warmer weather, she said, Allie Mae’s is replacing the cinnamon rolls with things like “summer-friendly treats like strawberry shortcake banana pudding.”
The cinnamon rolls are part of “lots of pop-up big specials,” she said. “We had cream horns on Wednesdays for a while … just whatever I feel like baking.”
Allie Mae’s Sweetery also offers products from Excel Bottling Co. out of Breese, and coffee and tea from a smaller wholesale company in Quincy, with a list of flavor shots including chocolate mint, marshmallow, butter pecan, caramel, hazelnut, French vanilla, English toffee, brown sugar cinnamon, cherry, watermelon and strawberry.
Allie Mae’s Sweetery is open from 8 a.m.-noon on Saturdays and Sundays; 6-10 a.m. on Mondays; and 6-10 a.m. and noon-6 p.m. on Wednesdays, Thursdays and Fridays; the bakery is closed on Tuesdays.
The idea for Allie Mae’s Sweetery “was planted as a dream probably 20 years ago.
The name came from “my mama – mama was Alice Mae and her best friend gave her the moniker Allie Mae.
“She would have her best friend over for board games and treats after church on Sunday nights, and, honestly, this is the kind of environment I’m going for – coming over to her house and having treats.
“And I’m just honoring her in her amazingness,” Moloney said.
“I learned everything I know from her,” she said. “She died 10 years ago, and I just knew that I always wanted to just kind of commemorate her.
“I had to sit on it for a really long time, because starting a business takes money and a lot of hustle,” Moloney said.
“I (originally) wanted to start a business from home and found out that Fayette County has different laws,” she said. Just recently, the Vandalia City Council approved an ordinance governing home baking for sale.
“I just did what I had to do, and the opportunity fell in my lap,” Moloney said.
“I have always had my eye on this place, and I finally just got the nerve to call the owner and boom, boom, boom, it literally happened in abut a week.” 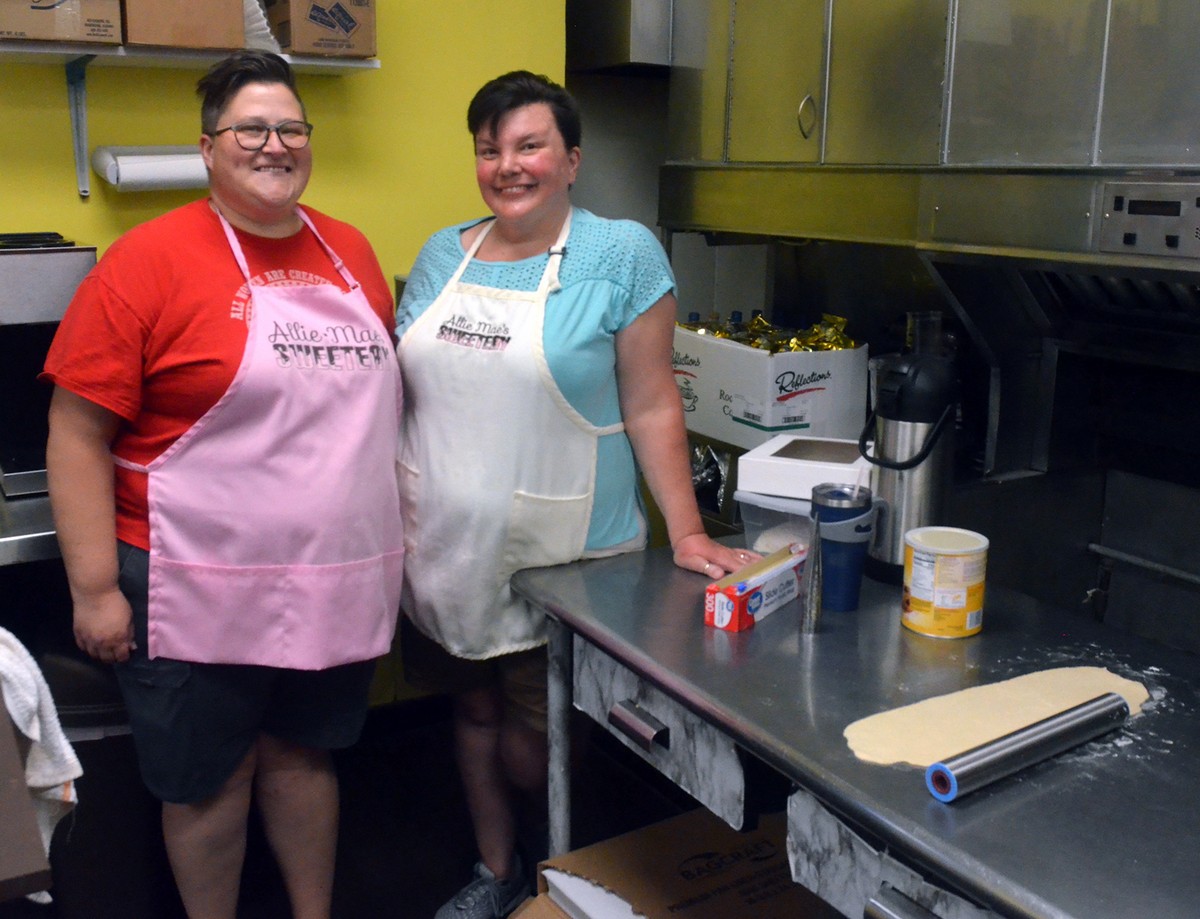 Jen (right) and Amanda Moloney are shown in Allie Mae’s Sweetery, a downtown eatery that opened this spring. 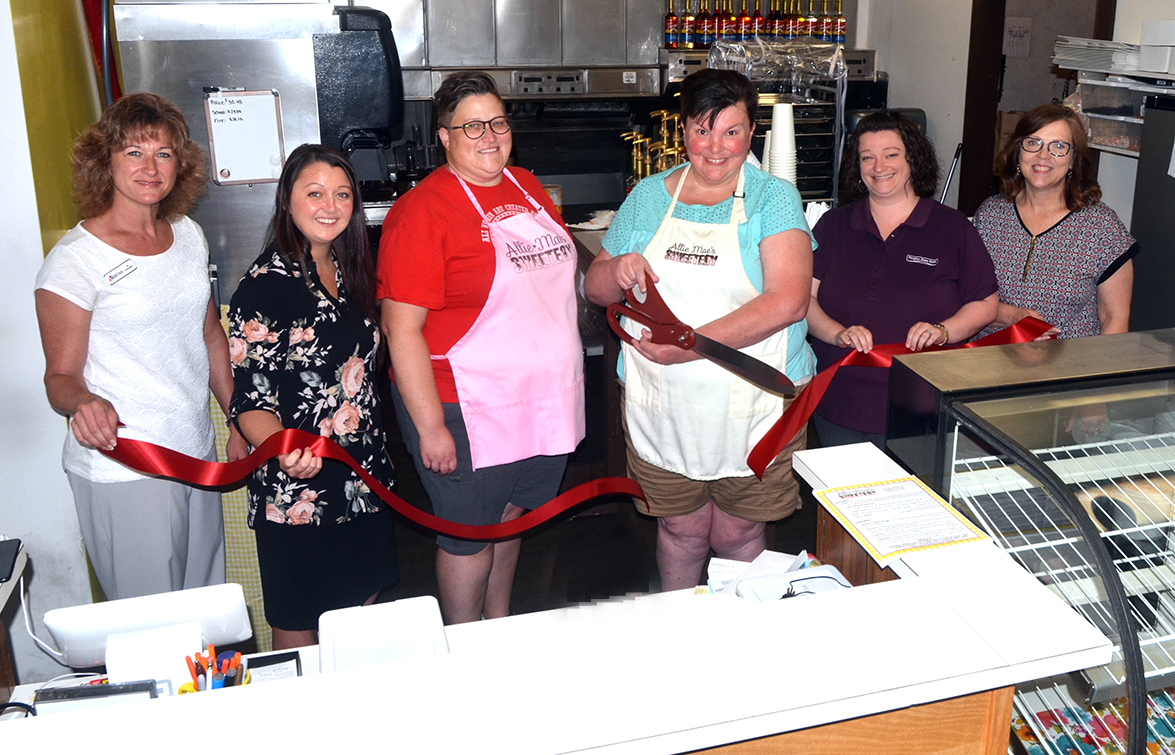