John F. ‘Jake’ Sayles came with his parents, John Burr and Mary Elizabeth Sayles, to Howard’s Point in an ox-drawn wagon in 1857 when he was 2 years old.

The family had been encouraged to come to Fayette County by John Burr’s brother-in-law, Amasa Phillips, married to his sister, Catherine Sayles. Amasa was a brick mason and came to Vandalia in 1852.
This family had come here five years earlier. Both families came to our county from LaGrange County, Ind.
John and Anna were living in Avena Township when the Civil War heated up. Along with other men of the Howard’s Point community, he enlisted in Capt. Robert Guy’s Co. F, in the 7th Illinois Cavalry.
John Burr was captured at Stoneman’s Raid during Sherman’s March to the Sea with Capt. Guy and three other members of his company, including A.J. Buchanan, Mack Wilson and John Hines. The men were all imprisoned in Andersonville Prison, Ga.
Captain Guy and the three other members of his company were able to escape, but John Sayles died at Andersonville on Sept. 24, 1865. He was buried there in the National Cemetery, Grave No. 9334.
John Burr’s widow and children received a pension for his service, and this aided Mary in caring for her six children, including three from her first marriage to Eliphet Harding, who died in 1848 when he drowned in the Platte River heading to the California gold fields.
John F. Sayles received education in the local schools and started his apprenticeship at age 15 in the offices of The Vandalia Union newspaper under H.S. Humphrey. He was also one of the founding members of Weber’s Military Band.
After learning the newspaper trade, he was employed in Little Rock, Chicago and Bloomington, returning to Vandalia in 1887. This year, with Lon S. Matherly, he purchased the paper on which he had learned his trade.
It was during this time John and Castilla Scrote married and established their home in Vandalia.
They were parents of eight “interesting” children, including Percy, Fleta, Austin G., Guida, Castilla, Caroline, Celeste and John Franklin Sayles Jr.
Sayles was appointed postmaster under President Harrison and in 1893 sold the paper to Thomas N. Lakin and Sons.
His health had begun to fail while he was in the post office and he retired, investing in bottomland. Spending two years clearing it and putting it under cultivation, he regained his health just in time for rural free delivery to be instituted.
Once again, his experience was drawn on, and John Sayles was appointed carrier for Route 2, a position he kept for 19 years before his retirement.
Sayles was remembered as a family man whose interest in Vandalia worked for the good of the city. 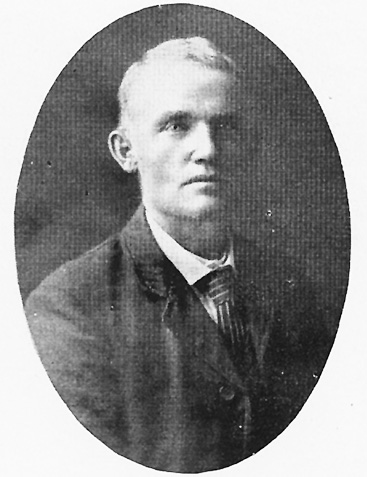