Parents of some Vandalia Community High School seniors who have lost many of their last-semester activities due to the coronavirus pandemic have teamed up to honor those students.

First, those parents started a Facebook campaign that invited parents, relatives and others in the community to adopt a senior by putting together a gift basket for that student.
Then, they had manufactured individual signs for the students that will be on display for the next month or so.
“Tina Kaiser and I just started brainstorming about things we could do to help out these seniors, to kind of encourage them at this time,” Melissa Wells said.
Wells said that Kaiser came up with the idea of having “maybe the churches, that kind of thing,” adopting seniors.
“But we were really concerned with leaving anyone out,” she said.
After they kicked the idea around the idea for a while, Wells saw something like that on Facebook, and they developed something similar for this year’s 92 graduates.
“And the community really responded,” Wells said about the number of students being adopted quickly.
She said that they learned that there were about 30 seniors whose parents are either not on Facebook or hadn’t posted their children on the Adopt a Vandalia High School Senior, Class of 2020 page.
Wells said that she was able to get the necessary information for those students, to make sure all of this year’s graduates were included.
Along with parents of other students adopting some seniors, “I had so many people just say, ‘Give me one who’s not posted (as adopted),’” Wells said.
Wells, who teaches first grade at St. Elmo Elementary, would work with her students for about two hours in the morning, then turn her attention to the adoption project.
“It became kind of a part-time job,” she said, “but that’s OK, because I’ve loved doing it.”
The group of parents didn’t know how well the project would be received, and we’re surprised at the outcome.
“Oh, my gosh,” Wells said. “We had no idea what would happen, but the community responded so well.”
Along with the adoption project, she said, that group of parents – who is pretty much those who organized post-prom activities last year – “had a lot of things to think about.”
“When this all (pandemic) happened, we had some ideas and I said, “Let’s do a Zoom meeting,’” Wells said.
Inviting all parent to be a part of that meeting, “we discussed different ideas, but we had to wait for a graduation date for a lot of that.
“But one was how to honor them, and a friend of mine sent me a photo of one city doing banners on lamp posts,” she said.
Wells checked with Vandalia’s city administrator, LaTisha Paslay, and learned that the city doesn’t have the equipment to post banners.
“Plus, we don’t have enough lamp posts,” Wells said.
Then, she said, a friend who works for Hites Custom Works asked her about using a photo of her son, Matthew, for a business promotion.
She thought that idea might work for the VCHS seniors, and contacted other parents. “They said, yeah, we’ll figure out how to pay for it; just get it done,” Wells said.
She contacted John Goldsmith at FNB Community Bank to see if the bank would help pay for the signs.
“So, we got the total, gave it to him, and he said, ‘We’ll pay for it all.’”
“That’s just one way that the community has stepped up to help us with all of this, and we are so, so appreciative for all of the support,” Wells said.
The signs will be on the Vandalia Statehouse Lawn, then moved to the VCHS lawn for a couple of weeks before going to the students’ parents. 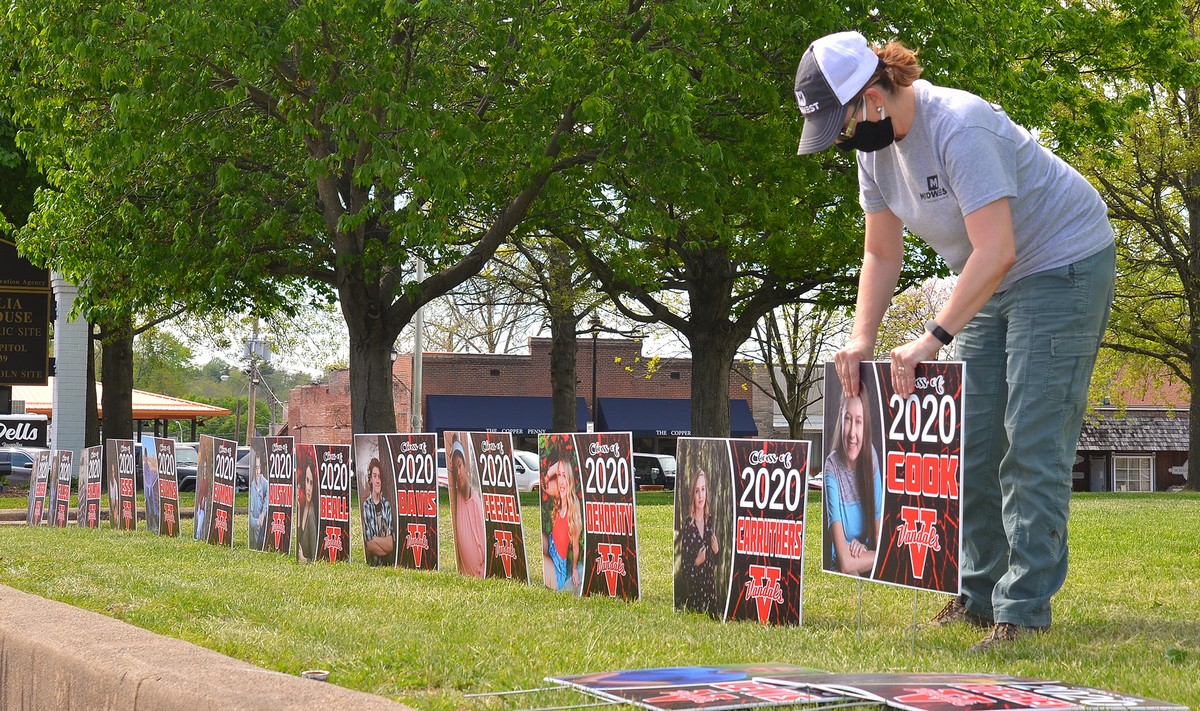 Jenn Bone, the mother of Vandalia Communtiy High School senior Gracie Bone was among the mothers placing senior signs on the Vandalia Statehouse lawn. The signs will be on the Statehouse for about another week before being moved to the VCHS lawn. 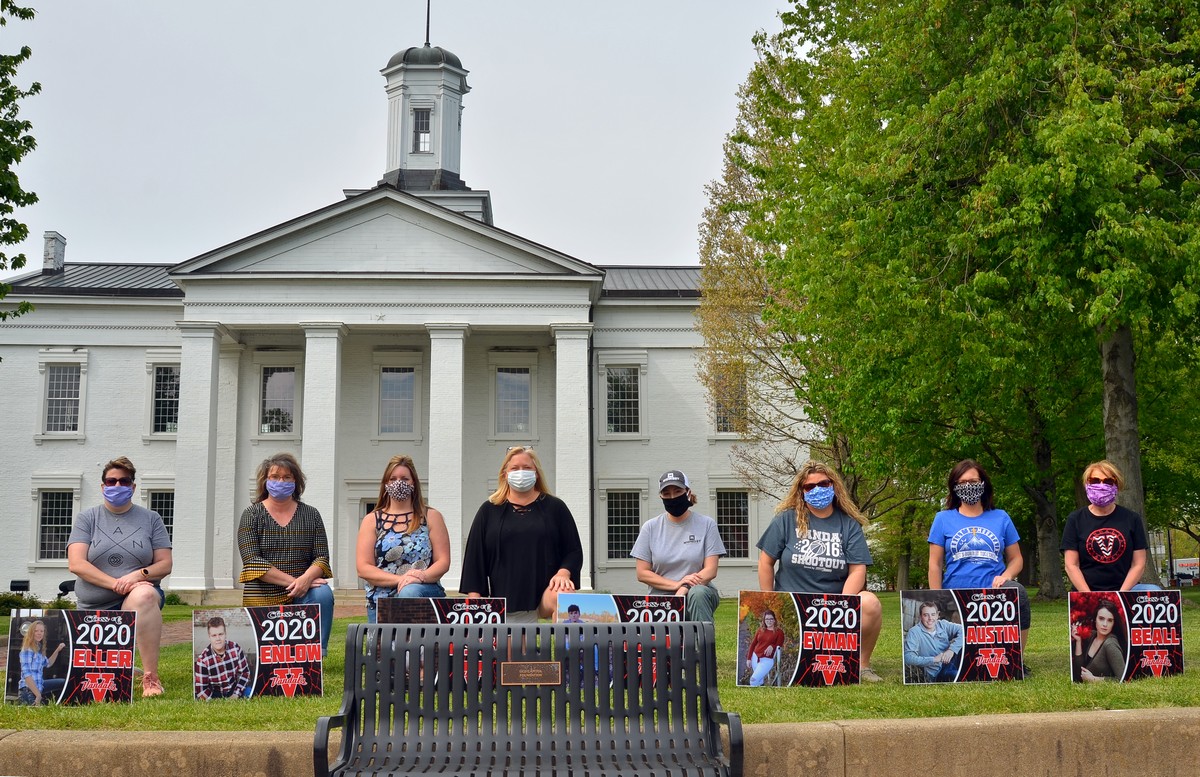 The women who installed the VCHS seniors signs on the Vandalia Statehouse lawn on Friday are pictured above. From left to right are Kelly Roberts, Lisha Ledbetter, Mandi Austin, Melissa Wells, Jenn Bone, Michelle McNary, Tina Kaiser and Connie Hobler. 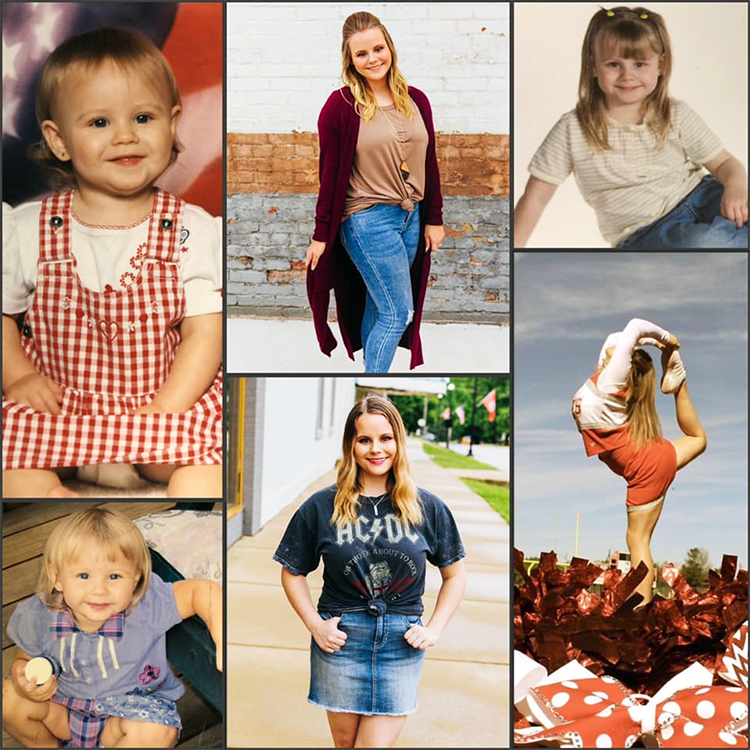