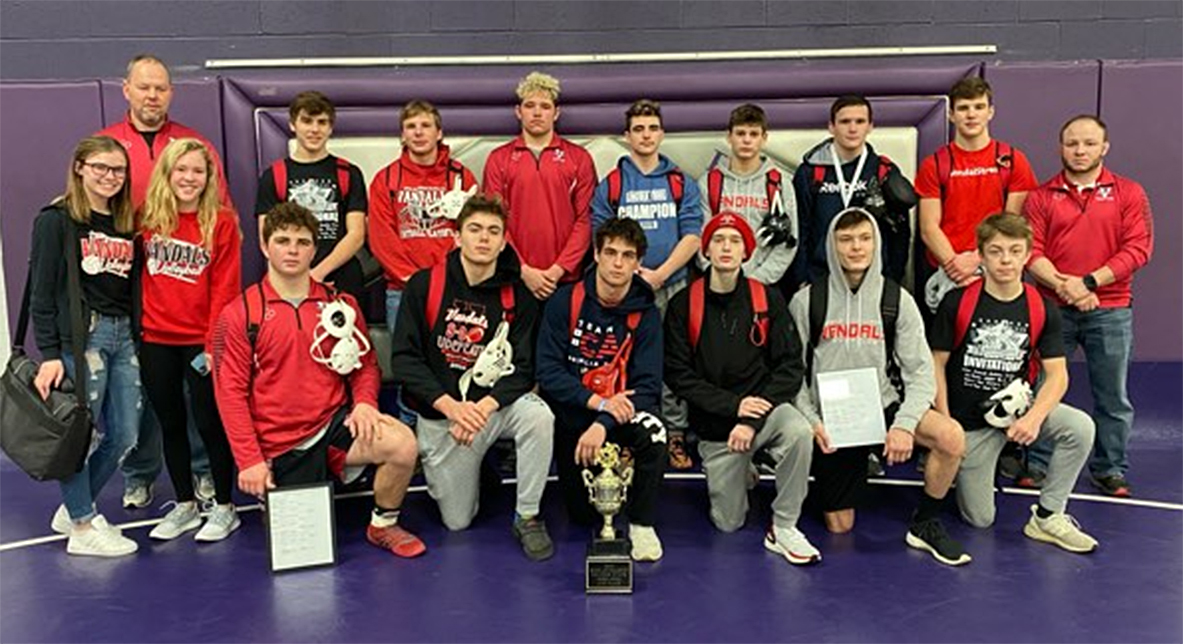 The Vandalia wrestling team is pictured with the trophy it won for taking second place at the Rich Lovellette Panther Invitational last weekend. Jarek Wehrle, Cutter Prater and Gavin Mouser won their classes. 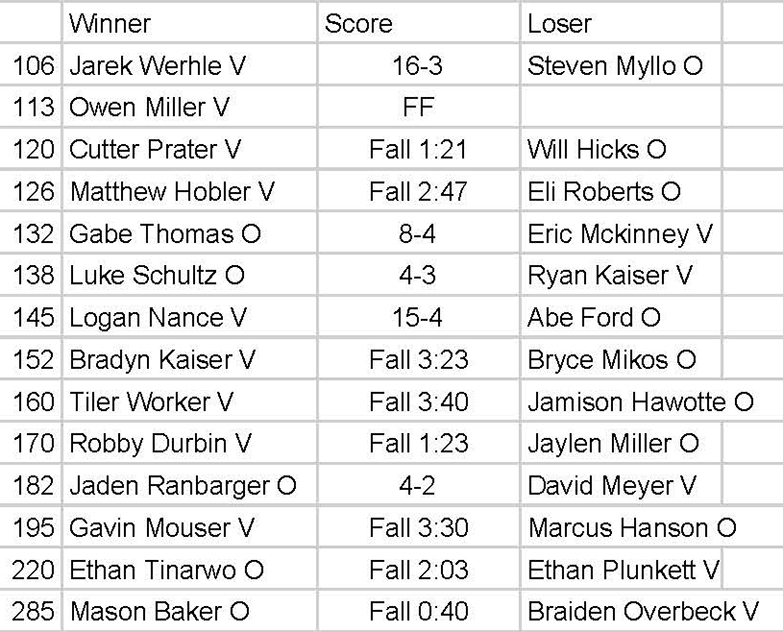