Robert Ross, the county’s first historian, told us that Vandalia’s Negro population was, in part, descended from the earliest servants who were brought here during the capitol years.

Sarah Moore Barbee was one of these.
She was born free in St. Clair County in 1812 and came to Vandalia in the early 1830s to work as a cook and housekeeper in the inn of Robert and Isabelle Bond McLaughlin. She lived in the home and remembered with pride the many legislators she met while in service there.
Sarah’s life experience was thankfully recorded in her obituary published in the Decatur Herald in June 1903; otherwise, it would have been lost to us, because Sarah could not read or write.
Another woman who lived in Vandalia before the Civil War was Epsy Smith, and it would again be her obituary, published in the Decatur Daily Republican, on Wednesday, May 11, 1892, that would uncover an important addition to Illinois history … with a Lincoln connection thrown in.
“Epsy Arnsby Smith was her name in full and she was born on the plantation of Arnold Spear, near Shelbyville, Ky. The Spears were old friends of Ninian Edwards, and shortly after his election as governor, Mrs. Spears visited the family and brought Epsy, who was at that time 7 or 8 years old, along as a waiting maid. She was bright and active, and the governor took a liking to her, and when Mrs. Spears was getting ready to return home, she gave the child to him.”
Ninian Beall Edwards was elected governor in 1826 and first lived in Kaskaskia, later moving to Belleville. He boarded with the McLaughlins for the months he was in Vandalia for the legislative sessions, and their home became known locally as the Governor’s Mansion.
His son, Ninian Wirt Edwards, a member of The Long Nine, married Elizabeth Todd, Mary’s oldest sister.
Following the death of Gov. Edwards in 1833, Epsy was sent to live in the home of his son, where she would then meet Mary Todd.
“When Epsy was a miss, Miss Mary Todd, Mrs. Edwards’ sister, came from Kentucky to live with the governor’s family. About this time, Abraham Lincoln became a frequent visitor at the governor’s mansion, and he generally asked for Miss Todd.
“It was Epsy’s duty to answer the call, and in after years, she used to tell her children and grandchildren how she used to usher ‘Massa Linkum’ into the house when he was ‘a cortin’ Missus Mary.’
“She witnessed the wedding ceremony when Lincoln was married, and during the first few years of his married life, she was his house servant.
Then she became engaged to Robert Smith, a colored man living in Vandalia. Shortly before her wedding, she came back to live with the family of Gov. Edwards and was married at his home by the minister who performed the ceremony for Lincoln.
“And the dress she wore on that occasion, a black brocaded silk, was a present from Mr. and Mrs. Lincoln.
“She nursed Robert T. Lincoln, the present minister to the court of St. James, when he was a baby.”
The Lincolns were married in November 1842, with their son, Robert, born on Aug. 1, 1843.
At the time of his birth, the family was living in the Globe Hotel, and Epsy was called on to help care for the newborn.
“Years rolled by; Lincoln was elected President; the war came and the slaves of the South were freed. Among the first negroes to come north was Aunt Epsy’s father, and, the proudest day of his life was when his daughter told him that she had worked for the man who had set him free.”
Robert Smith and Epsy Arnsby were married in Springfield on Jan. 25, 1844, with Rev.  Dressor officiating. Robert, a resident of Vandalia, brought his wife here, and they soon started their family, which included Catherine A., born 1844; Julia A.S., born 1848; Albert, born 1851 and Jaca Ann born 1857.
Robert died before 1860 and a few years after his death, Epsy sold her Vandalia property, valued at $500, and moved to Greenville to live with her daughter, Julia Barbee.
She later moved to Chicago to live with daughter, Catherine, and this is where she died at about age 72 years.
The reporter who recorded Epsy’s eventful life for her obituary has aided Lincoln researchers as well as Illinois historians. 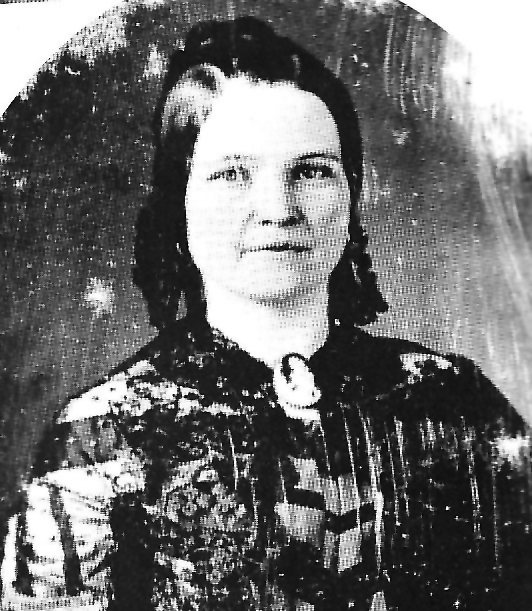