About three years ago, Dorothy Donley took her granddaughter, whom she was homeschooling, to the Old State Burial Ground and told her, “Each one of these headstones is like a page in a history book.” 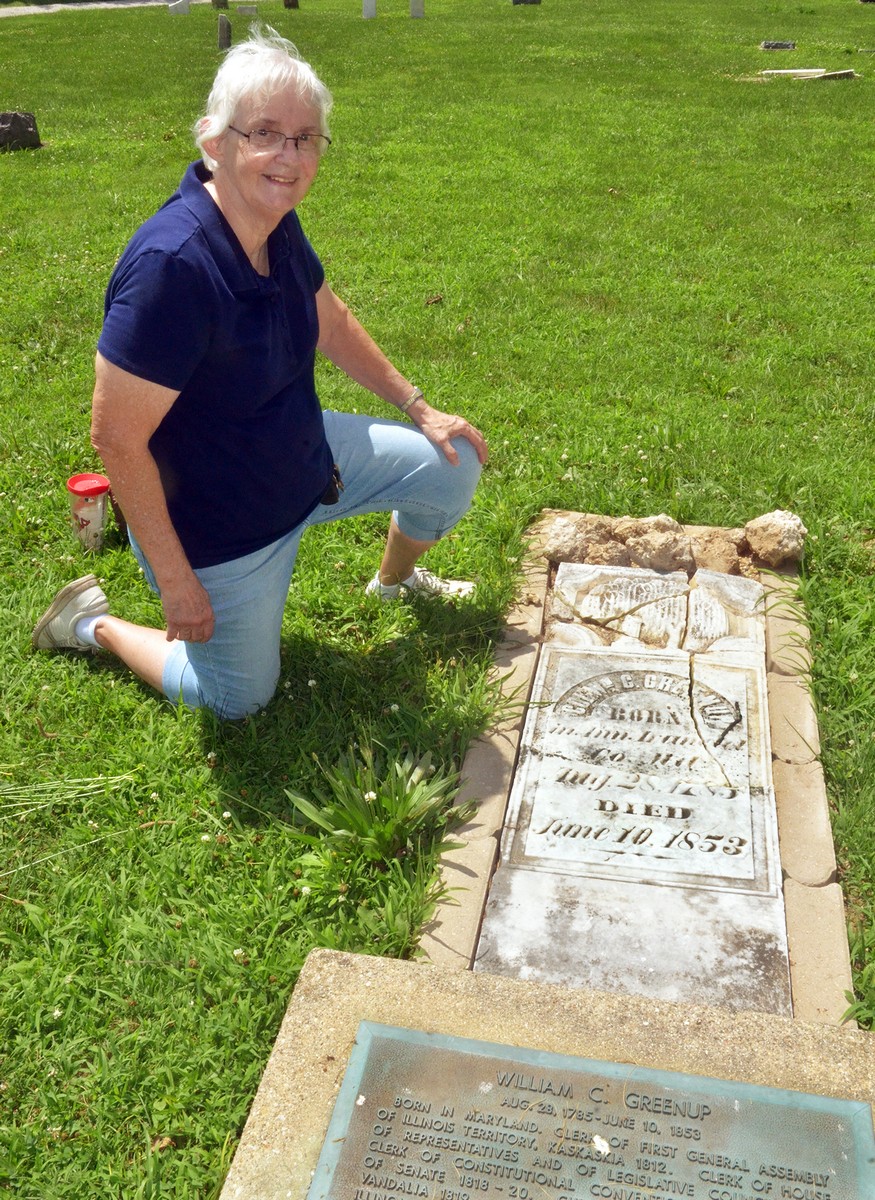 Dorothy Donley is pictured at the gravesite of William Greenup, the man who surveyed the National Road. His original headstone was dug up, pieced together and laid at the site.