Heroin is a silent killer that affects every community, including Vandalia.

A program raising public awareness to the heroin problem is being presented this Thursday evening in the Vandalia Community High School gym.
The Vandalia Unit Teachers Association, Vandalia School District, Regional Office of Education No. 3 and Illinois Education Association Region 5 are teaming up with local law enforcement and health officials to present “The Heroin Project: A Documentary.”
The program is free and open to the public.
The 50-minute documentary that was produced in 2015 by Ashley Seering and Cory Byers sheds light on the heroin epidemic and includes the story of a high school athlete who became addicted to heroin after taking pain killers for an athletic injury.
Those in the documentary include Dave Admire and his son, Chris, who died last November after becoming addicted to heroin.
Dave Admire will be among the speakers at Thursday’s program, along with others in the documentary, including Chris Coyne and Dr. Carrie Dougherty.
Coyne, a retired police detective, and Dougherty will join Admire in sharing their own experiences with opioids and addition.
Lisa Robbins, a kindergarten teacher at Vandalia Elementary School who is the VUTA representative for Region 5 of the IEA, saw the documentary at an IEA meeting.
“They wanted us to take it to our school districts and our communities,” Robbins said.
Participating in the program are Vandalia Police Chief Jeff Ray, Fayette County Sheriff Chris Smith, Fayette County Coroner Dave Harris, Fayette County State’s Attorney Joshua Morrison and Kendra Craig, Fayette County Health Department community education program coordinator.
Those individuals, as well as the speakers, will participate in a question-and-answer session following the showing of the documentary.
To get the word out about Thursday’s program, the VUTA has sent out about 40 letters to city officials, churches and clubs to encourage local citizens to attend.
Robbins said she feels it’s important to present the program because the heroin problem “affects all of us.”
The affect of heroin spreads to all classrooms within the Vandalia School District, even those with the youngest students.
“We have children living with parents who are using heroin, are in rehab or are incarcerated for heroin usage,” she said.
“Plus, we have children who were born when their mother was using heroin, and we are dealing with behavioral or learning issues because of that,” she said. 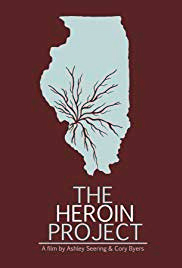