The district office of the state senator who represents this part of Illinois is still in Vandalia – it’s just a different senator.

Jason Plummer, the Republican who was elected in November to succeed Republican Kyle McCarter as the senator in the state’s 54th District, has decided to continue using the office space that was used by McCarter.
Plummer, who was in that office to meet with constitutents last Tuesday and Wednesday, said there are several reasons to keep the office in Vandalia.
“The really straight-forward, logistical answer is, if you’re going to be a good legislator, you’ve got to represent everybody,” Plummer said. “It’s a big district and Vandalia is about the center of the district.
“It’s not necessarily easy for everyone (in the district) to get to (this office), but it’s the most centralized part of the district, and, hopefully, everyone can have access to this office,” he said.
Plummer said that he does not have a set schedule for being in the Vandalia office, particularly during the busy spring legislative session.
But, he said, “I’m in the district all of the time, whether it’s in the corner, in Effingham, or in Centralia, or hanging out in the district office with constituents.
In addition to having the district office, Plummer said, “I also think it’s a lot better for me to go to Kaskaskia College in Centralia or go to Scott Air Force Base, meet with people at various facilities instead of forcing everyone to drive here.”
While serving in the Illinois Senate, Plummer will continue working as a vice president of RP Lumber, the family-owned business that has 68 locations.
Handling both responsibilities, he said, is a challenge, but, “I think it’s important for legislators to remember that the legislature was created as a part-time position.
“I spend a tremendous amount of time on it, but I think it’s important to have people in the legislature who work in a non-profit, work in a business, work at different places, because so much of the legislation we work on has consequences, and you have to understand the impact of that you’re doing,” Plummer said.
“And if you’re a career politician, you’re not experiencing the impact that your constituents are going to feel,” he said.
Plummer is serving on the appropriations I and II, environment and conservation, executive appointments, financial institutions and public health committees in the Illinois Senate.
During his time in Vandalia, Plummer also visited with teachers during a brown bag luncheon and spoke with students in the three VCHS civics classes.
The Vandalia office will continue to be staffed by Tara Hall.
The office hours, generally, are 8:30 a.m.-4:30 p.m., Monday through Friday; however, there will be days that Hall is helping out in Plummer’s office in the state capital. 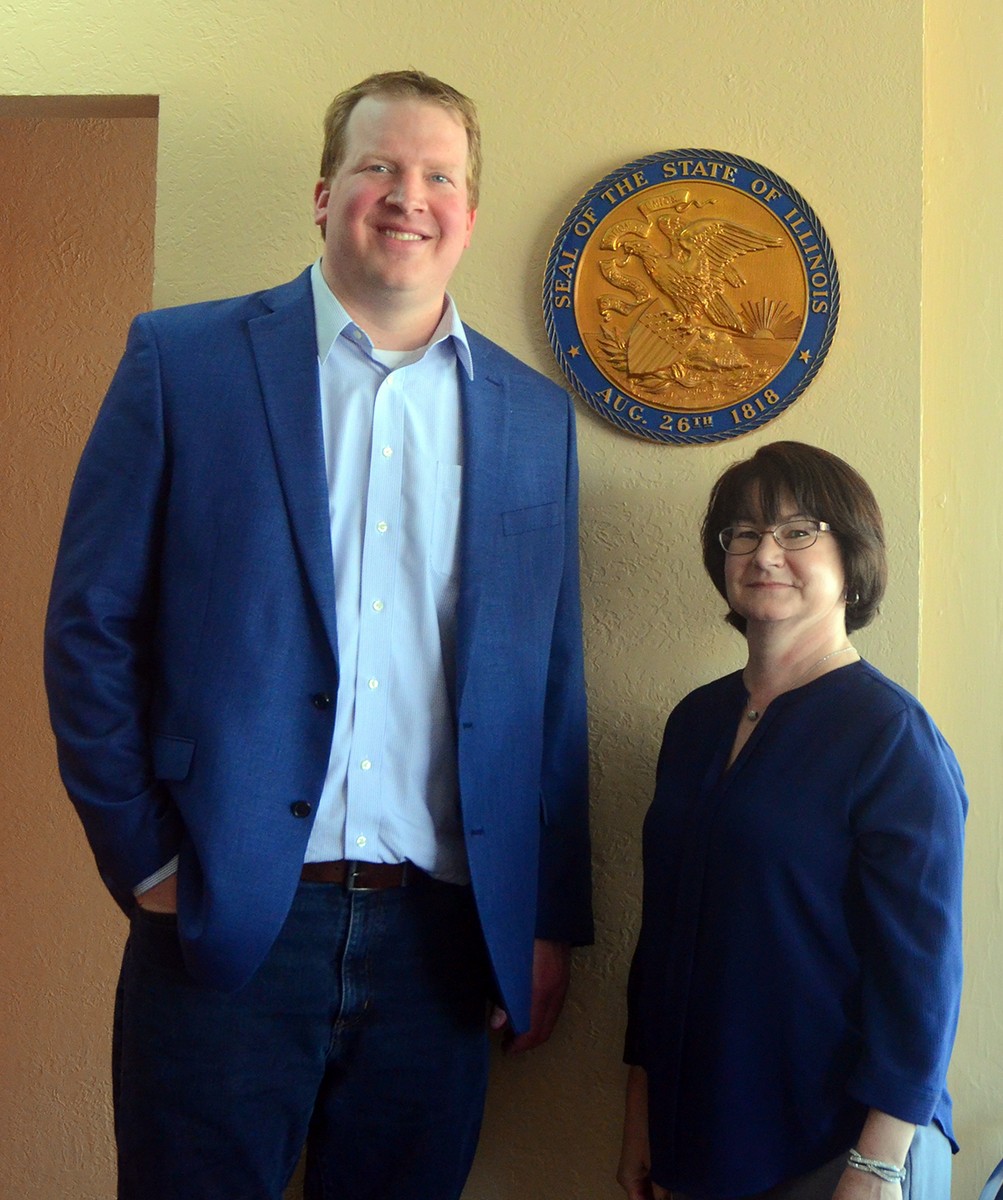