Former Vandalia superintendent of schools Rich Well is facing the possibility of losing his professional educator license after allegations of sexual misconduct with a student while he was a teacher more than two decades ago surfaced.

Saying that they had no knowledge of such allegations until recently, district officials also announced that they are tied to the missing hard drive from a computer used by Well.
Those matters were made public in a written statement issued during a special meeting of the Vandalia Board of Education late Friday afternoon. The board room for that meeting was packed with district employees, who were informed of the meeting earlier in the day.
That special meeting lasted only a few minutes, with board President Matt Hall announced that copies of the statement would be distributed, and that no questions would be fielded at that time.
The statement in its entirety is as follows:
“In March of 2018, the District discovered that the computer hard drive used by former Superintendent Well was and is still missing.
“It had been in a locked and secured vault located in the District’s administrative offices. The exact date and time of its removal is not known for certain. It is not clear who may have removed the hard drive from its location or why it was removed.
“The district contacted law enforcement to report the incident.
The hard drive issue investigation evolved revealing additional information that is required to be reported.
“Educators are mandated reporters by law. The district became aware of information regarding sexual misconduct, from more than 20 years ago, between Mr. Well and a female student of the district at that time.
“The district had no previous information about the misconduct. The misconduct had never been reported to the district or its administration.
“Because the student is no longer attending the Vandalia Schools, and because Mr. Well is no longer an employee of the district, the investigation was turned over to law enforcement and reported to the lllinois State Board of Education.
“We have fully cooperated with the investigation and authorities handling this matter.
“The Illinois State Board of Education has concluded that the evidence is sufficient to investigate the license of Mr. Rich E. Well with either a full evidentiary hearing or he may voluntary surrender his license. The deadline for that decision was today (Friday) and the (Illinois) State Board of Education will advise the district on next steps, if any.
“Any questions regarding that process or the matter that lead to the investigation can be addressed to the Illinois State Board of Education.
“If anyone has any further information that they feel should be reported, they can make a report to Dr. Jennifer Garrison or the Vandalia Police Department at 283-0556.”
The Leader-Union offered Well the opportunity to respond to that statement, and he chose not to do so.
Because of possible conflicts, the Vandalia Police Department asked the state police to be involved in the investigation.
On Monday, a spokesperson for the Illinois State Board of Education told The Leader-Union, “We cannot comment on any specific educator’s licensure case.”
Regional Superintendent Julie Wollerman said on Tuesday that her office would be notified if Well either surrenders his license or requests a public hearing on the matter.
As of Tuesday, Wollerman said, she had not been notified of any action related to Well’s professional educator license.

On the allegations of sexual misconduct, a spokesperon for the Illimois Attorney General's Office said on Wednesday that prosecution would be a possibility, "depending on a variety of factors, but, ultimately, the decision would need to be made by the local state’s attorney’s office."
Well served as the district’s superintendent for more than 11 years before announcing his resignation at the November 2017 meeting of the school board, citing “personal reasons.”
Well was hired as a high history teacher, basketball coach and baseball coach in 1990. He was named the VCHS assistant principal in 2002, and was promoted to principal three years later. 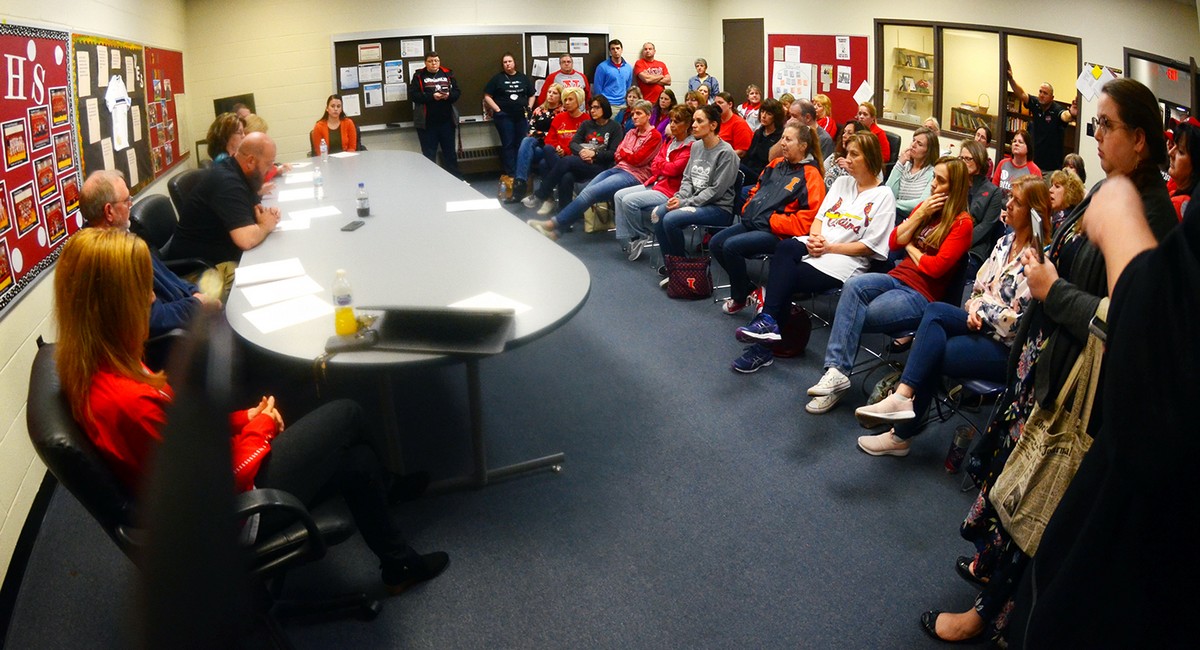 Vandalia Board of Education President Matt Hall informs a room packed with school district employees on Friday afternoon that the district would be releasing a statement regarding former superintendent Rich Well. 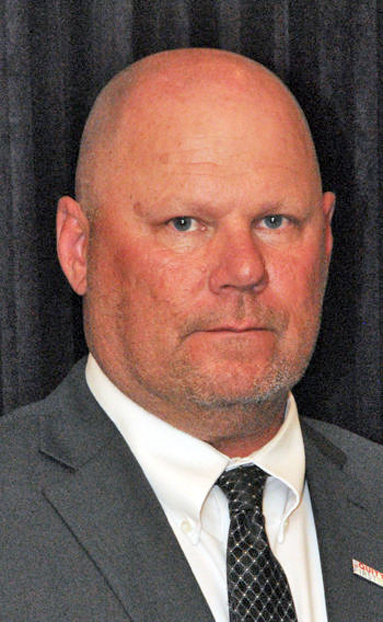