A Missouri man who was charged with causing a fatal accident in June of last year could serve up to seven years in prison.

During a hearing in Fayette County Circuit Court on Tuesday, Ray Ryan, 60, of Buffalo, Mo., pleaded guilty in a partial plea agreement presented to Fayette County Resident Circuit Judge Don Sheafor.
Through the agreement, Ryan pleaded guilty to the charge of failure to report an accident involving death, a Class 1 felony punishable by up to 15 years in prison, according to court records.
Through the agreement, the office of Fayette County State’s Attorney Joshua Morrison agreed not to seek a sentence of more than six years in prison.
In accepting the agreement, Sheafor set a cap of seven years in prison as Ryan’s sentence.
A status hearing in the case is set for April 29, at which time a sentencing hearing for Ryan will be set.
Ryan, who was represented by court-appointed legal counsel Ryan Connor of Vandalia, was charged in June of last year with “failure to report an accident involving personal injury or death, in that (he) knowingly left the scene of an accident involving personal injury or death, at milepost 56 of Interstate 70, in which Peter Peters was killed as a result of that accident, and thereafter failed to report the accident to any police station or sheriff’s office near the place where the accident occurred within one half hour after the accident.”
Ryan was also issued traffic citations for failure to information or render aid following an accident, failure to give notice of an accident, failure to reduce speed and improper lane usage, with those other charges being dismissed.
A bench trial for Ryan was scheduled for March 21.
After the accident, the Illinois State Police said that Illinois State Police, Peter F. Peters, 46, of Elmira, Ontario, Canada, had parked his tractor-trailer on I-70 near milepost 55.5 in Fayette County and was standing outside the vehicle on the driver’s side, near the middle of the trailer (on the evening of June 13, 2018) when his vehicle was sideswiped.
State police said that Peters was pinched between the two units and was fatally injured, and that the driver causing the accident left the scene.
Ryan was taken into custody in Cambridge, Ohio, near Columbus.
His bond was initially set at $1 million, on June 15, but was reduced to $500,000 on June 26. 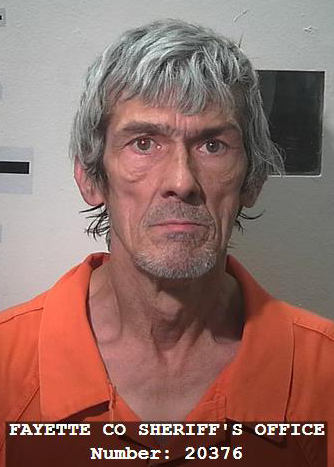