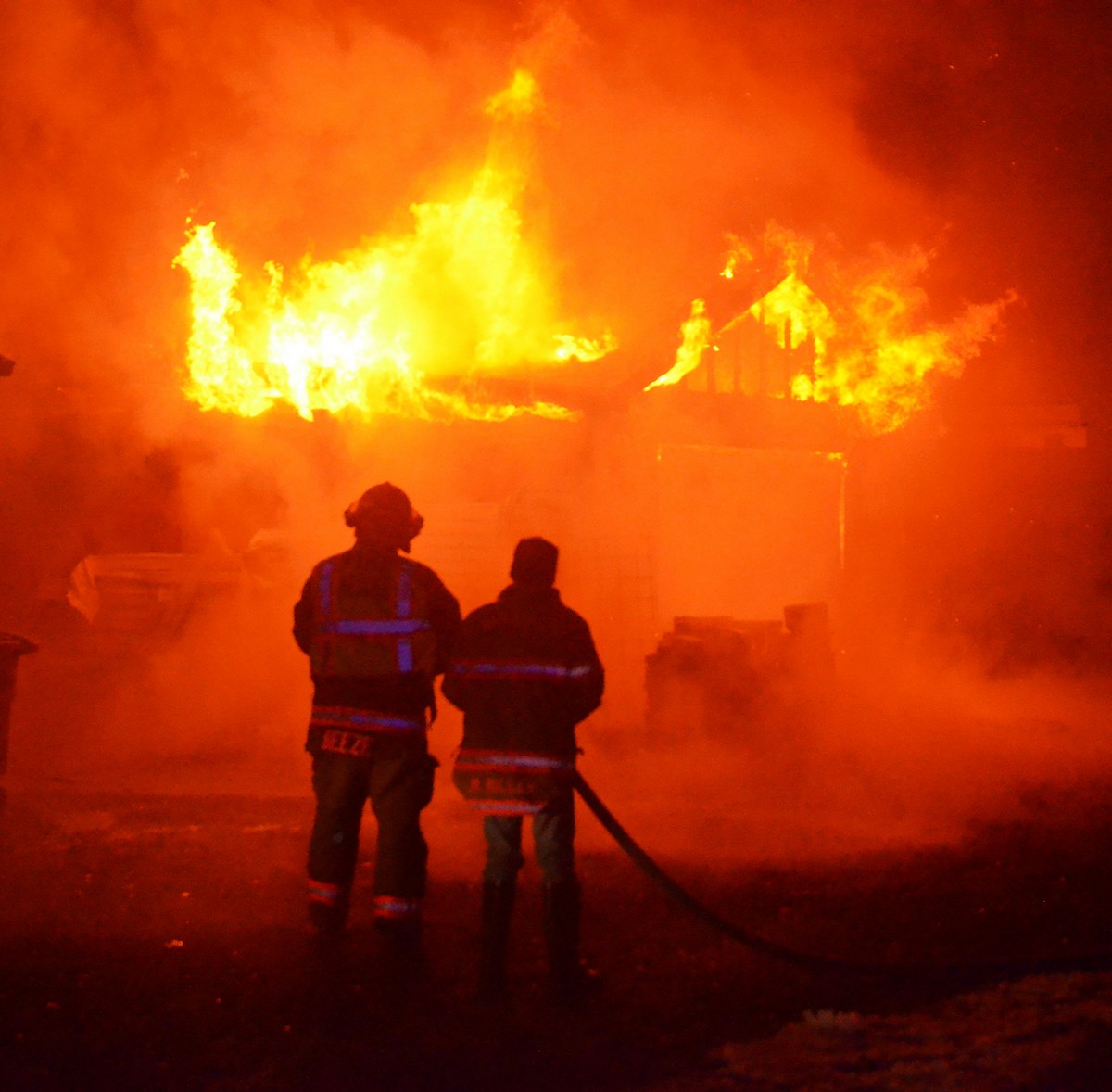 Vandalia firefighters Terry Beesley and Mark Miller battle the Saturday evening fire that destroyed a two-car garage at a Vandalia residence. Firefighters were called to the residence of Richard and Deb Warner, 420 N. Second St., for a report of a shed fire at 5:38 p.m. Upon their arrival, firefighters found the garade fully involved in flames. The fire destroyed the garage and its contents, including a car and truck, and melted siding on an adjacent residence. Firefighters were at the scene until shortly before 8 p.m. Though a cause has not been determined VVFD Chief Keith Meadows believes it may have been electrical in nature, with high winds blowing electrical wires. A damage estimate has not yet been determined.