One of the most famous portraits of Abraham Lincoln, and one of his favorites, will now hang just a few blocks from where the 16th president of the United States first entered politics.

During a ceremony on Friday morning in the large courtroom at the Fayette County Courthouse, a print from a portrait of Lincoln shot by Alexander Hesler in 1860.
That portrait, which was taken by Alexander Hesler for the Lincoln campaign for the presidency, was provided through donations from the Illinois Judges Association, Illinois State Bar Association and their respective foundations.
Those four entities are providing prints of this Lincoln photograph in all of the state’s 102 counties, receiving local assistance in 32 counties.
The 30-inch-by-40-inch print on canvas, which was made from a glass negative, was unveiled during Friday’s ceremony by Fayette County Resident Circuit Judge Don Sheafor and Kim Koester, chief judge of the Fourth Judicial Circuit.
Those speaking during the ceremony included John Coady of Taylorville, a retired judge who serves as president of the Illinois Judges Association.
Coady said that he has participated in unveiling ceremonies in numerous counties throughout Southern Illinois, “but this is special because, Fayette County, you have such an association, such a history of Abraham Lincoln.
“Do you realize that Lincoln’s first public speech against slavery was just a few blocks away? So, indeed, it is a special day,” Coady said.
“Lincoln is such an important historical figure.
“It’s not widely known but widely documented that he was not only a lawyer, but also distinguished himself as a judge,” Coady said, explaining that during that time period, it was common for lawyers to agree to sometimes have one of their own serve as a judge.
“In 1858, he was selected 95 times … just in that year alone,” Coady said.
“Abraham Lincoln is not only a wonderful example to the lawyers in the state, but also to the judges in the state for the values he demonstrated throughout his legal career – honesty, integrity and commitment to the rule of law,” he said.
About the portrait, Coady said, Lincoln said, “Well, that looks better and expresses me better than I have ever seen.”
“So,” Coady said, “it’s Lincoln’s favorite photograph of himself.”
Also speaking at the ceremony was local historian Dale Timmermann, who said, “Whenever I see a photograph like this, I’m struck by how youthful he appears; five years later, he looked like he was 30 years older.
“All presidents age, but he certainly aged during the most tumultuous time the country ever went through, going through the Civil War,” Timmermann said.
“This is an image of how he may appeared when he was here in Vandalia,” he said.
“Important things happened here. It was the first time he held elective office. What would Abraham Lincoln have been if he were not a politician.
Lincoln was licensed to practice law in Vandalia, and it was here that he made his first public protest against slavery, Timmermann said.
“Three very important things in this man’s life took place right here,” he said. “We are fortunate to have that association with him.”
Sheafor praised Coady for convincing the judicial association to contribute funds to get the Lincoln portraits through the Illinois State Historical Society.
He also said that getting the portrait caused a dilemma – where to put the portrait.
Pointing to the painting of William Farmer – a Vandalia attorney who served on the Illinois Supreme Court for 25 years, with that stint including a tenure as the chief justice – Sheafor noted that he is the highest ranking official to come out of Fayette County.
He also noted the portrait of S. Gene Schwarm, who served as the chief judge as the Fourth Judicial Circuit before ending his career as an appellate court judge. 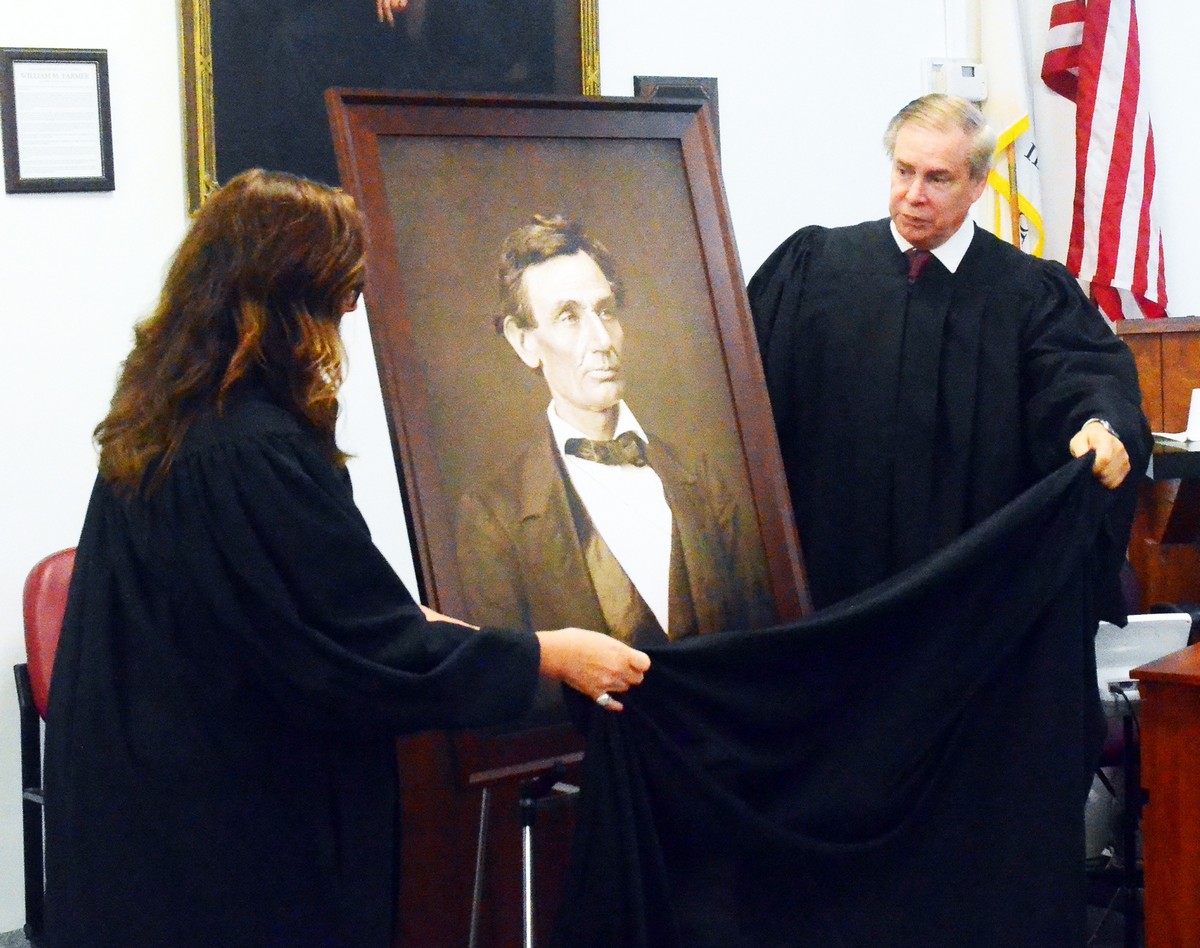 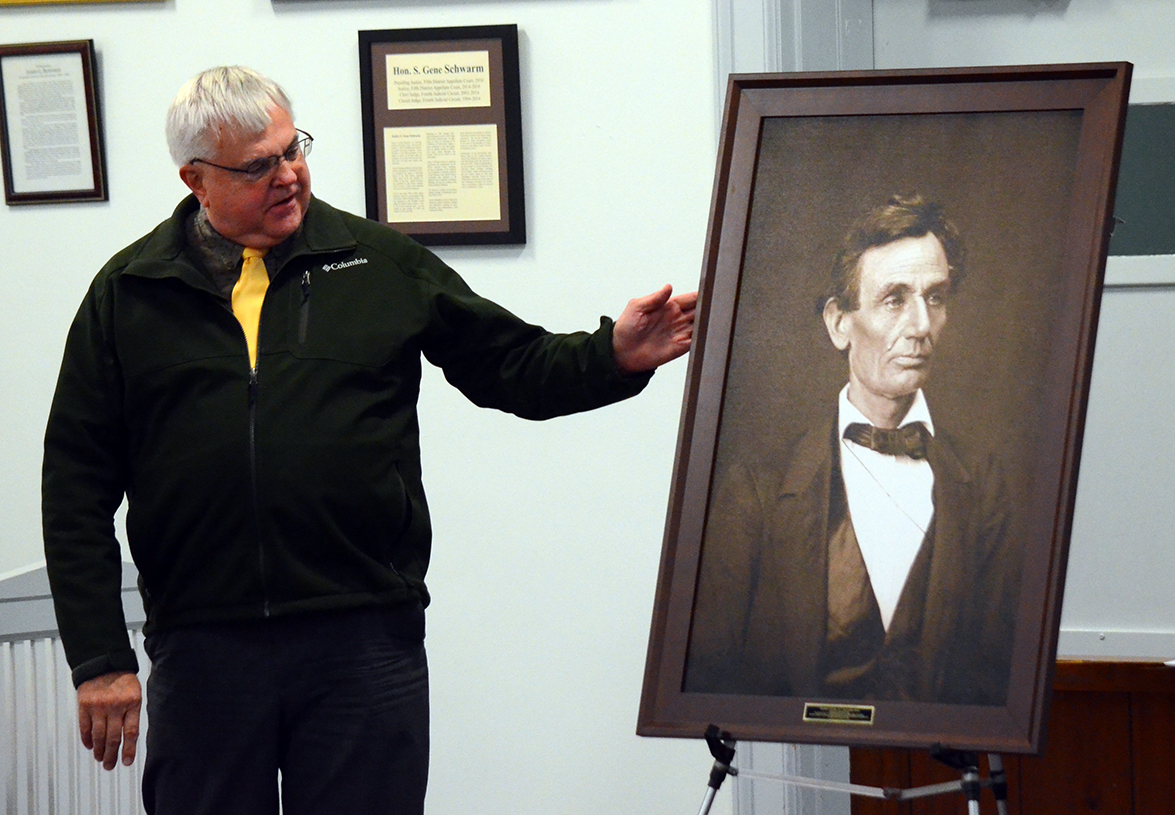 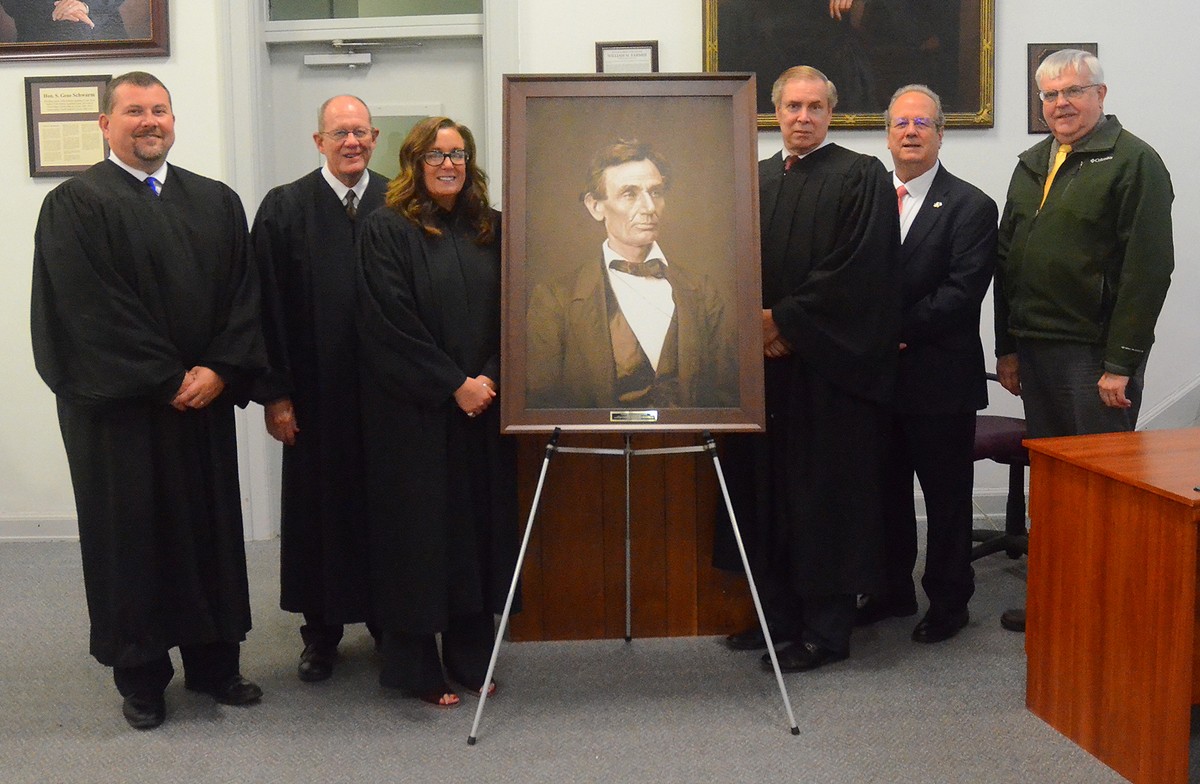 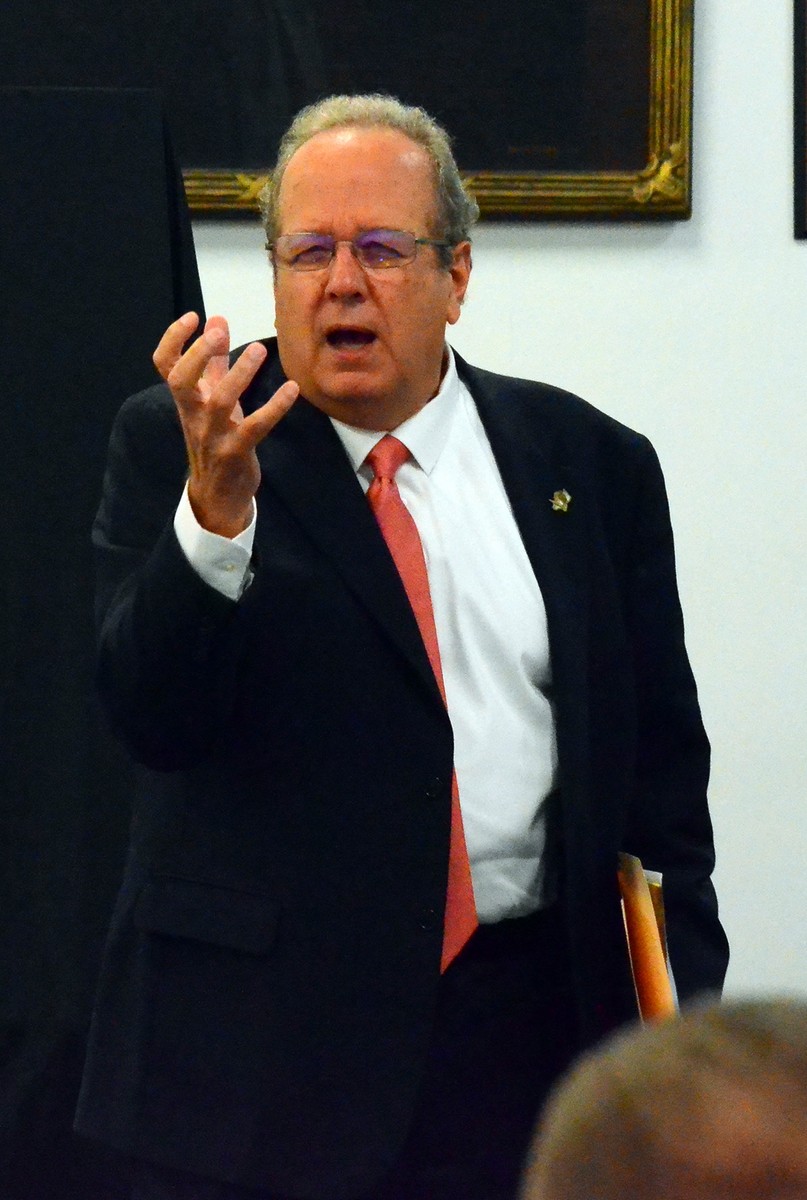 John Coady, a retired judge who is president of the Illinois Judges Association, talks about Abraham Lincoln’s ties to Vandalia.