Matthew Wells amassed just 10 yards as a sophomore on the Vandalia Vandals varsity football team … and that was on a running play.

Not even halfway through his second year as the Vandals’ quarterback, Wells has used his arm to get to the top of the school’s record books.
In 16 games, Wells has completed 135 of 232 passing attempts for 2,571 yards. In limited duty against Litchfield on Friday, Wells completed all four passing attempts for 93 yards, more than enough to jump from No. 4 on the school’s list of top passers all the way to No. 1.
His completion percentage of 58.19 percent is also the best among the top four passers, as are his touchdown total of 33 and yards-per-game average of 160.69.
Wells has thrown 11 interceptions, nine fewer than the closest quarterback on the Top 4 list.
All of that just four games into his junior season.
Just like he can spread the football around to numerous people, Matthew Wells spreads around the credit when talking about his success as the quarterback for the Vandalia Vandals.
“It’s mainly with the support group I’ve got around me,” said, Wells, who has been a quarterback since starting out in Vandalia’s JFL program. The exception was his seventh-grade year, when, with a shoulder fracture, moved out to wide receiver.
I’ve had incredible linemen from my sophomore year through my junior year,” he said.
“And, the receivers I’ve had – I mean, I had all-state wide receiver No. 7 Marcus Zimmermann out there at the left side last year, and now, I’ve got Caleb (Slater), Blake (Morrison), Thomas (Ritchey) and Garrett (Austin) with sure hands.
“You just put it in their hands, and they’ll make it happen,” Wells said.
“A lot of it just comes with playing with Blake, who was my neighbor, through my entire childhood. We went over to the park to play football all of the time.
“And, I grew up with Thomas and Garrett in my class. We’ve  (all) played football all of the time – it’s just something we’ve always done,” Wells said.
Jason Clay, the Vandals’ head coach, sees a lot of factors entering into his quarterback’s success thus far.
“I think he’s grown up being the little sports rat, always competing, and it’s a good group of kids in his class,” Clay said.
“Also, his dad (Michael Wells) has some knowledge of football and helped him learn stuff early on,” he said.
“Matthew’s got a good demeanor – he’s fairly poised.
Sometimes last year, he got a little bit flustered, but he’s matured,” Clay said.
“He’s confident and has a lot of poise about him; things don’t really phase him that much, and I think that helps him a lot, the way he looks at things and his mental approach,” he said.
“One thing he has benefitted from is the amount of work we put in throughout the summer, as far as throwing the football. He’s getting hundreds of reps in the summer.
“And, to his credit, he’s always here, he’s always working, putting in the time,” Clay said. “I fell like that’s helped our passing game a lot.
“He’s kind of taken another step forward this year, just the way he’s seeing things,” Clay said.
“Last year, sometimes if I asked him a question, he would have the right answer, but I would feel that he was guessing. This year, I feel like I ask him something, and we see it the same way.
“Or, if I disagree with him, he’s got a good reason for why he thinks he’s right,” Clay said.
“It’s been a big maturing period,” he said.
The Vandals coach concedes that his quarterback’s numbers could be even better than what they are.
“I feel like we should maybe throw a little more, but when you’ve got Trevor (Smalls), that’s a little hard to do,” Clay said. 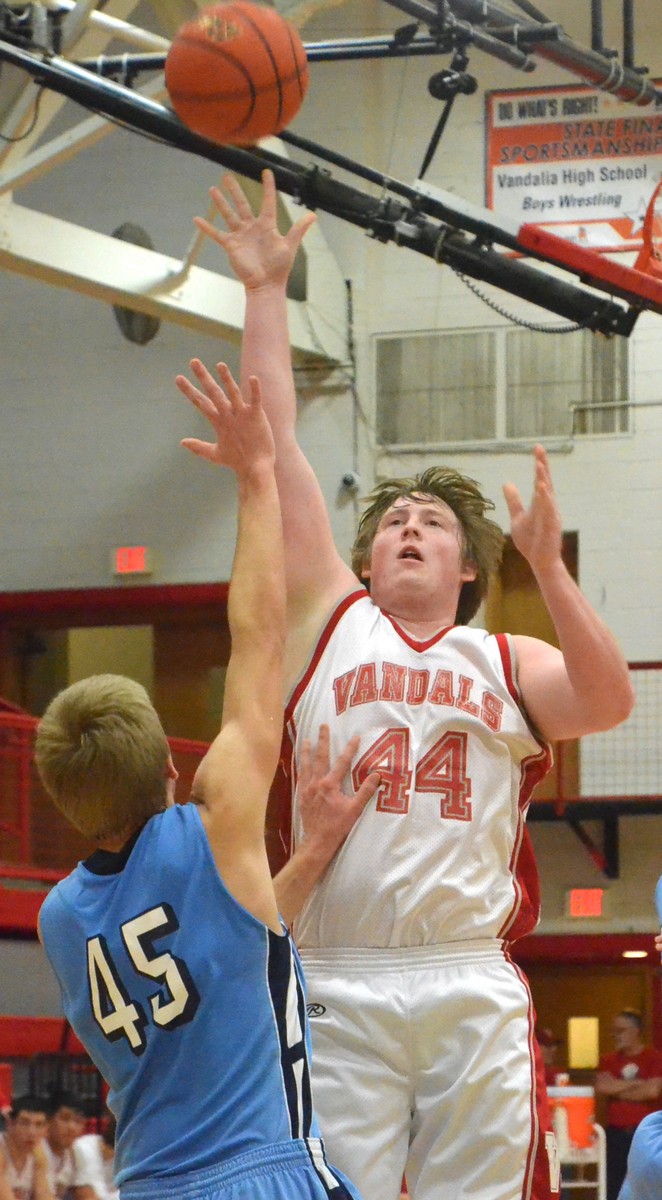