A video on radon produced by a group of Vandalia Community High School English students is among the winners in a statewide high school radon video contest.
Garrett Austin, Bradyn Kaiser, Lanee McNary, Megan Kern, Matthew Hobler, Connor Satterthwaite make up one of five groups in Travis Redden’s English II class having the assignment of creating some type of performance.

That group won honorable mention, and a $250 cash prize, in the Illinois High School Radon Video Contest.
That contest was developed by the American Lung Association and Illinois Emergency Management Agency Radon Program, in partnership with the Ecology Action Center, Respiratory Health Association of Metropolitan Chicago and U.S. Environmental Protection Agency-Region 5 to raise awarenss about the dangers of radon gas.
“They had to come up with a creative sketch, to do a parody or some form of presentation,” Redden said.
“They could use technology – they could use their iPhones or cameras to create their presentation,” he said.
“They used their iPhones and Julie Lay (high school computers teacher and district technology specialist) was really helpful with the sound editing, so it synched up with what they had put together,” Redden said.
“And, I told them, if they wanted to, they could enter the contest, and two or three of the groups did that,” Redden said.
“I was really surprised and excited when I got that email (about the group being a winner),” he said.
“We looked at winners in previous years, and a lot of them are schools in the Chicago suburbs – Naperville, Aurora, Bolingbrook – schools with several thousand students, where they probably have media labs and a lot better facilities,” Redden said.
Kaiser picked out the song the group would base their video on, “Red Solo Cup,” and McNary and Kern worked together on the lyrics for their song, and Satterthwaite, Hobler and Austin were a part of putting the final product together.
Hobler and Austin are the performers in the video, titled “Giddy Up On Outta Here, Radon.”
Redden said that VCHS Assistant Principal Greta Krueger sent out an email about the radon contest, something that Redden was familiar with.
“I did it a couple of times in Brownstown, and decided to also do it here.
“It’s just a fun way to spend two weeks doing a different type of writing,” Redden said about the class assignment.
“It’s a little different than what we normally do in English class, just a fun way to take a two-week break and do something different,” he said.
“These students were creative enough, ambitious enough to take off with it,” Redden said.
watch?v=sIXmLlW2OGA&feature=youtu.be. 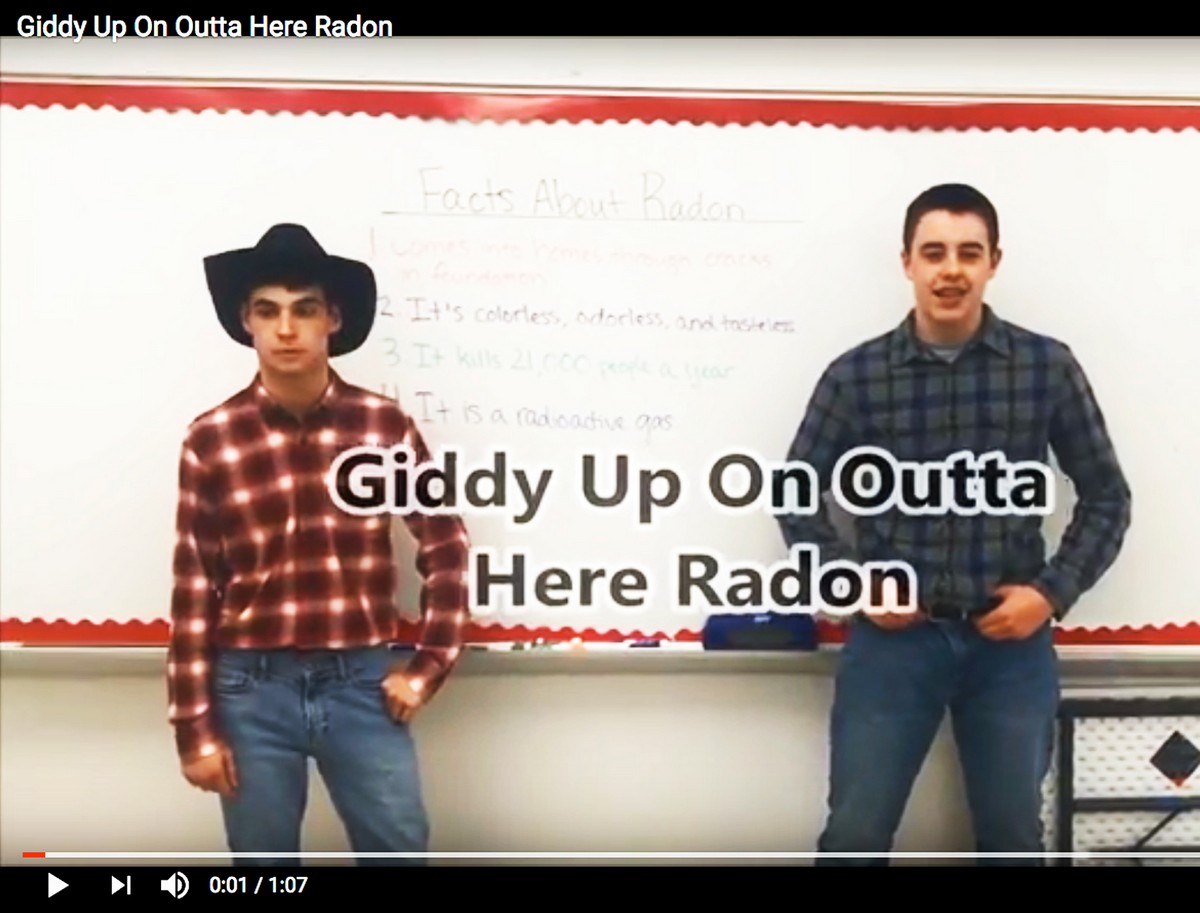 Above is a screenshot of a video produced by a group of English II students at Vandalia Community High School that won honorable mention in the Illinois High School Radon Video Contest. Shown in the video, which is on YouTube, are Matthew Hobler, left, and Garrett Austin. Others in the group were Bradyn Kaiser, Lanee McNary, Megan Kern and Connor Satterthwaite. 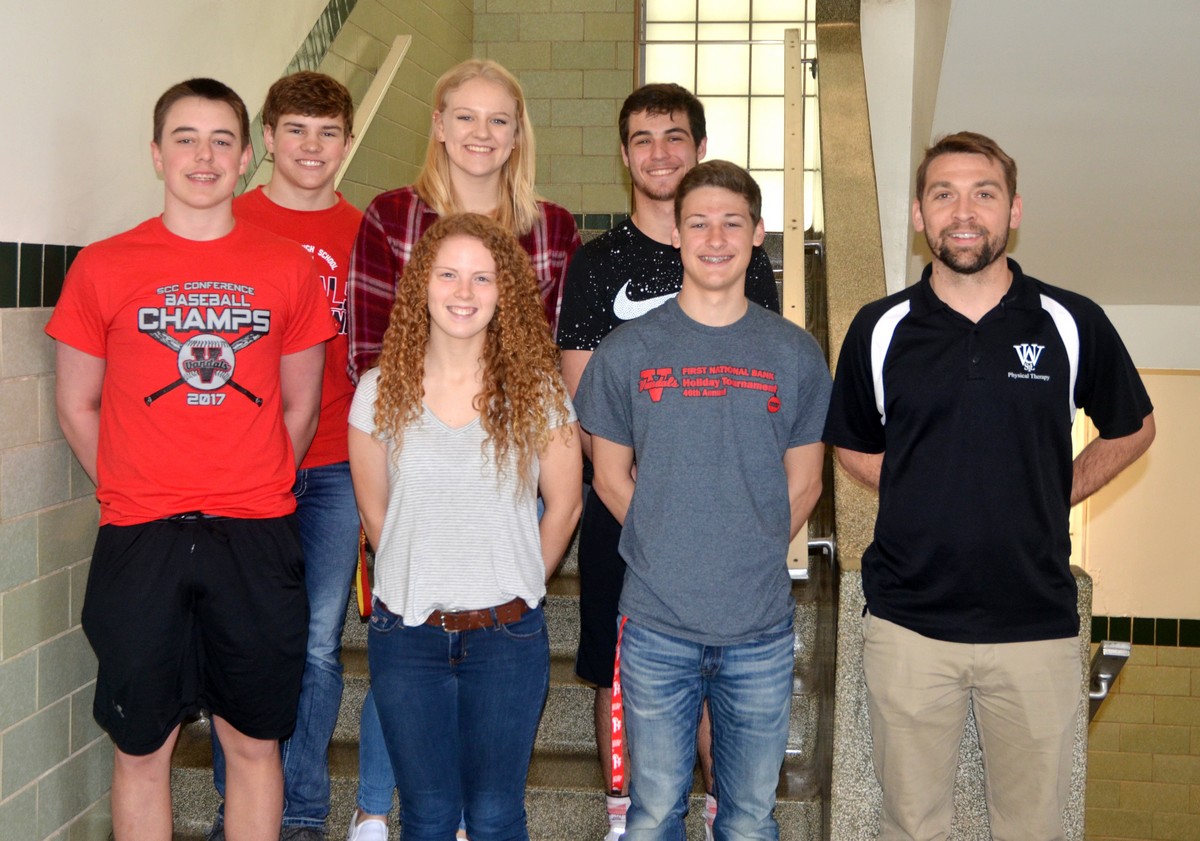 Above, in front, from left to right, are Garrett Austin, Lanee McNary, Connor Satterthwaite and VCHS English II teacher Travis Redden. In back are Bradyn Kaiser, Megan Kern and Matthew Hobler.