During a recent trip to the nation’s capital, the executive director of the Family YMCA of Fayette County had the opportunity to give input on issues that are important to the YMCA organization at all levels.

And while Ben Frazier emphasized issues that are commonly associated with the YMCA, such as health and fitness, he also was able to be involved in legislation related to all community organizations.
The Family YMCA of Fayette County is part of the state’s alliance, a coalition made up of all YMCA’s in Illinois. That coalition offers networking that allows leaders of the YMCA’s to cover such things as policies, procedures and training.
The state director of Illinois’ alliance contacted Frazier about representing the state’s 15th Congressional District at National Advocacy Days in Washington, D.C.
The Family YMCA of Fayette County was one of 2,800 YMCA’s in the nation to be represented in Washington. Of the state’s 114 YMCA’s, only 10 were picked to make the trip.
“Like our community,” Frazier said, “our YMCA has incredible potential.
“The priorities that were on the table help fulfill that potential and our mission as a Y, and could even have an impact on other programs throughout our community,” he said.
Some of the legislative priorities that were discussed that week, he said, are bills that support funding for after-school and summer programs, chronic disease control and prevention programs, including funding for evidence-based programs that prevent and control diabetes and childhood obesity.
Another priority that surfaced was funding to make communities across the nation more accommodating to healthy lifestyles. This includes additions such as outdoor bike paths, walking trails and sidewalks.
That was something that Frazier felt he could personally speak to as the Fayette County YMCA just invested in their walking trail around Miller Field.
“Our Y is proud to lead the charge in making our communities healthier and more walkable. I hope to see this trend continue in our communities,” Frazier said.
“It’s no secret that our community could use more sidewalks, walking trails and bike paths,” he said.
“We need to make our communities better suited for healthy lifestyles,” Frazier said.
But, while Frazier spoke with legislators on issues related to health and fitness, he believes that his biggest contribution was being involved in finalizing the federal Child Protection Improvements Act.
The Illinois YMCA delegation urged Congress to finalize that act by passing Senate Bill 705 in the House of Representatives.
This bill provides a solution for youth-serving organizations in the one-third of states that currently do not have access to FBI background checks through their state’s system, Illinois being one of those states.
The CPIA allows for informed conversation and decision-making between organizations and applicants who wish to work with these populations, Fraizer said.
“As the Y prides itself on being a safe haven for the community, the CPIA was one of the top priorities. With the Fayette County YMCA averaging a count of 40,000 individuals per year that utilize their campus and services, many of these priorities are in fact relevant locally.
“From sports, exercising, clubs, educational programs, birthday parties or kids coming in to hang out or do homework, these are amongst a few of the many things that this statistic can account for,” Frazier said.
The act is a priority for the YMCA, he said, “because we’ve got to keep our communities safe.
“That’s important to the YMCA and it should also be for organizations such as SAFE, Lighthouse Pregnancy Center … all organizations that utilize volunteers,” Frazier said.
He saw the trip to the nation’s capital important because “it’s always important to build that relationship with elected officials.
“This is just another way that we can ensure that our mission can be seen,” he said. “Few organizations can impact a community like a YMCA.
“When people think of the YMCA, they think about exercise and fitness, but the Y, as a brand, is so much more,” he said. 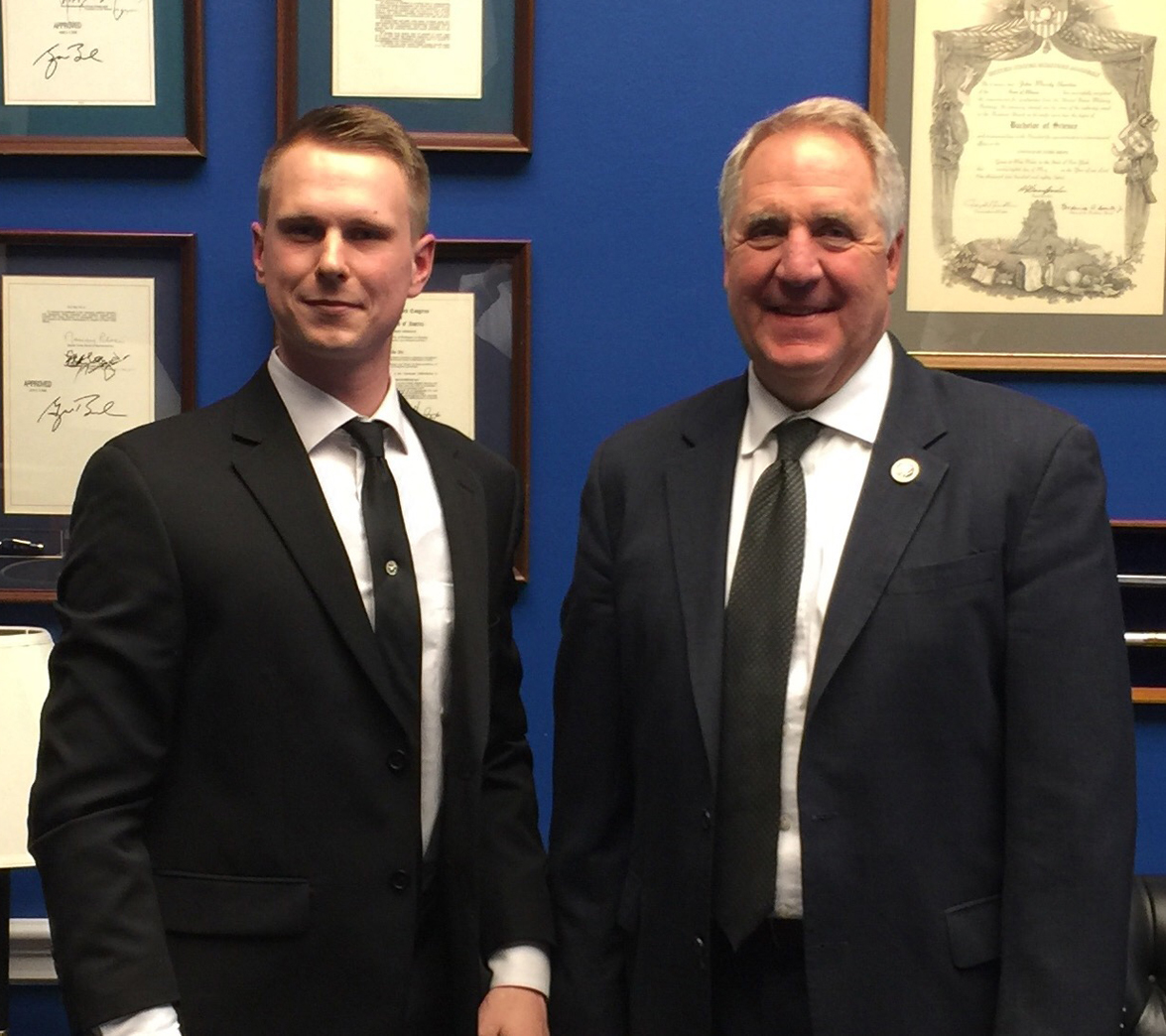