It’s no surprise, with the squad having the second-best finish in school history, that Vandalia’s wrestling team, including its coach, were well represented when the Decatur Herald & Review selected its All-Area Team.

For the second time in three years, Vandals coach Jason Clay was named Coach of the Year. Clay also received the honor in 2016.
Four members of this year’s Vandals squad were named to the All-Area Team: Jarek Wehrle at 106 pounds, Tanner Swain at 126, Jarrett Paslay at 138 and Anthony Enlow at 285.
Receiving honorable mention were seven other Vandals: Dakota Gasaway at 113, Matthew Hobler at 120, Zack Stephenson at 132, Bradyn Kaiser at 152, Dustin Lott at 160, Garret Stewart at 182 and Gavin Mouser at 220. 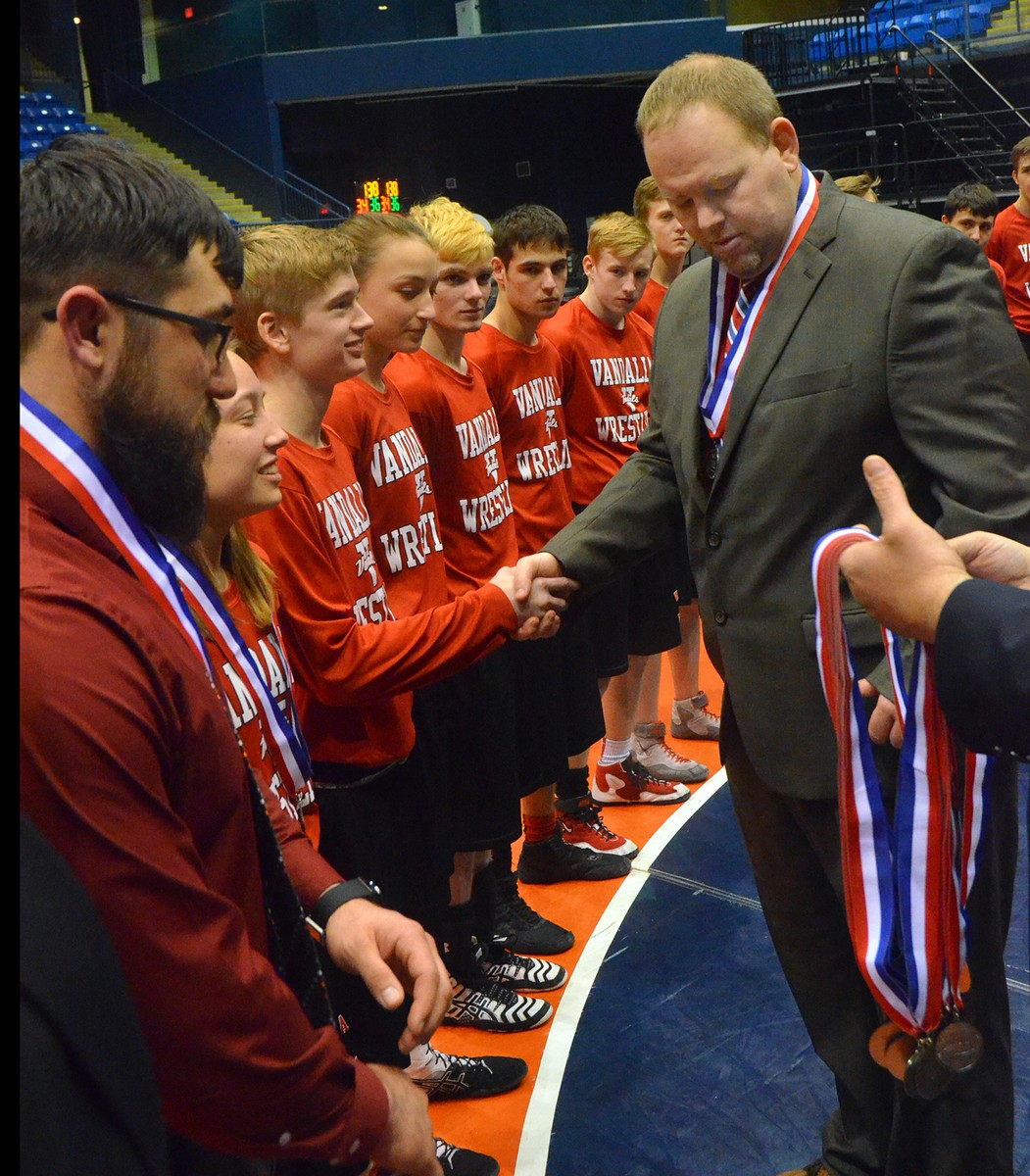 Vandals wrestling coach Jason Clay, shown handing out second-place medals to his team, was the Decatur H&R Area Coach of the Year.