A jury trial for the St. Peter man who was arrested on murder charges last August has been sent to begin on June 18.

The trial date for Alexander R. Beccue, 25, was set during a pretrial hearing on Tuesday afternoon in Fayette County Circuit Court.
After that hearing, Beccue was remanded to the custody of the Fayette County Sheriff’s Office, where he will be held on $1 million bond.
Because of his arrest on the murder charges, Beccue was sent back to the Illinois Department of Corrections for violating his parole. He was set to be released from the IDOC on Wednesday.
Beccue was released from prison in September 2016 after completing a four-year term for methamphetamine manufacturing in Effingham County.
His current charges include two counts of first-degree murder, possession of a stolen vehicle and unlawful possession of a weapon.
The murder charges allege that on Aug. 11 of last year, Beccue “with the intent to commit the offense of first-degree murder, performed a substantial step toward the commission of that offense in that he, without lawful justification, and with the intent to kill Joshua K. Smith, shot Joshua K. Smith in the head with a firearm” and that he “shot Joshua K. Smith in the head with a firearm, knowing said act would cause the death of Joshua K. Smith.”
First-degree murder is a Class M felony punishable by 20 years to life in prison.
Beccue has also been charged with the theft of a 2003 Ford Mustang, a Class 2 felony ordinarily punishable by up to seven years in prison, and possession of a .38-caliber revolver by a felon, a Class 3 felony ordinarily carrying a maximum penalty of five years in prison.
During Beccue’s first appearance in court last September, when he waived his rights for a preliminary hearing and arraignment, Assistant State’s Attorney Brenda Mathis told Fayette County Resident Circuit Judge Don Sheafor that prosecutors would seek extended terms on the stolen vehicle and firearm charges, and that the sentences for the murder charges could be extended by 25 years due to the commission of a crime with a firearm. 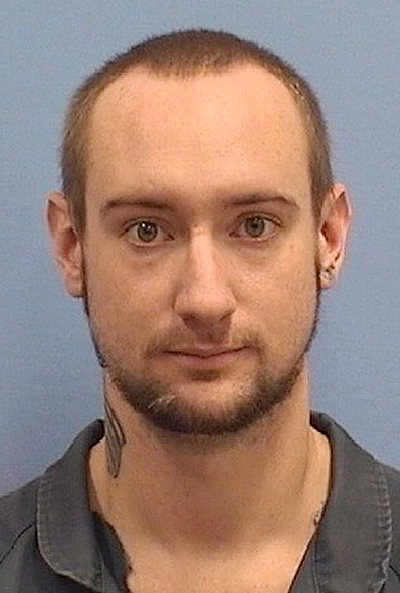