Marcus Zimmerman signed to play at McKendree College in Lebanon, Ethan Bayles signed to play at Upper Iowa in Fayette, Iowa, and Chandler Boyd and Dylan Garrett signed with Eureka College in Eureka. They were members of the first VCHS fooatball team to advance to the third round of the state playoffs, defeating Fairfield and rival Greenville in the first two rounds. 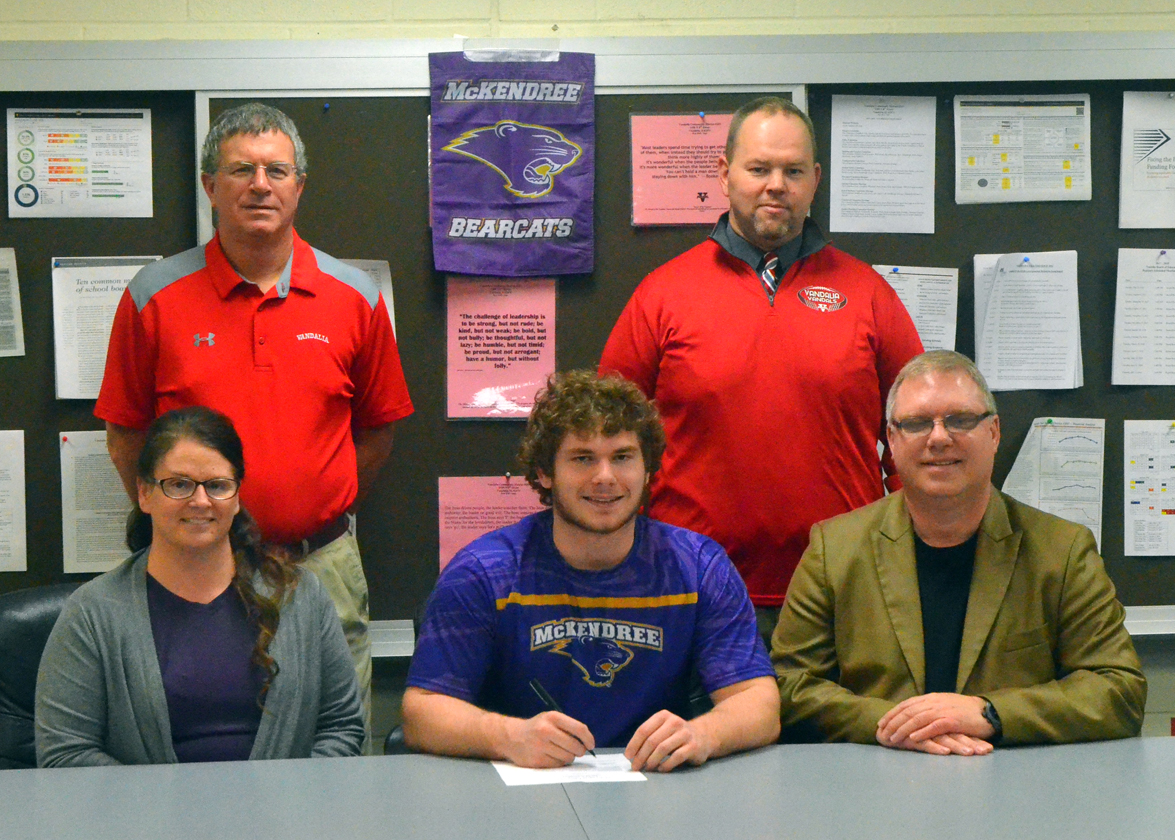 Marcus Zimmerman, front and center, is shown with his parents, Tracy and Amy Zimmerma 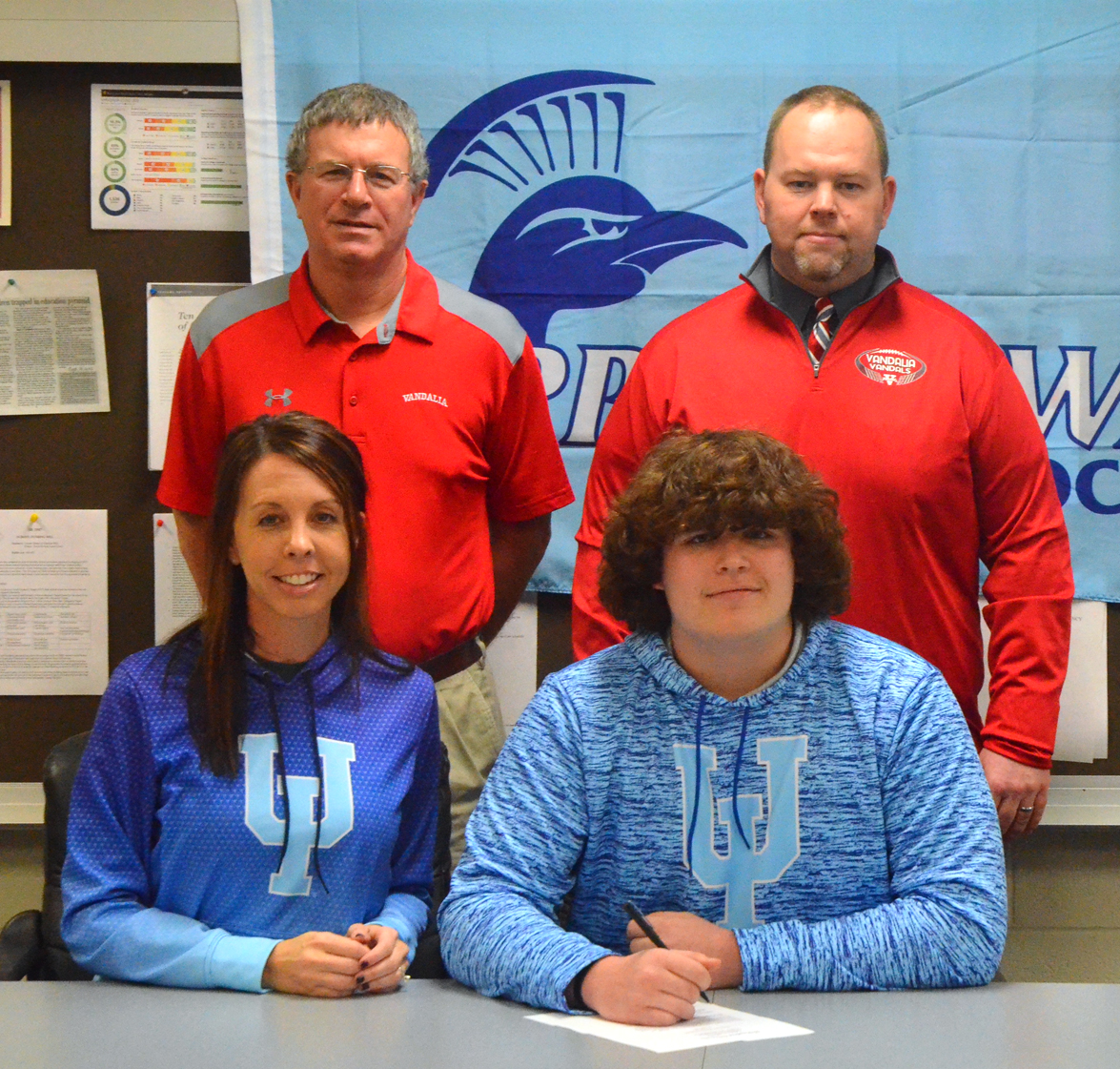 Ethan Bayles, front and right, is the son of Brent and Abby Bayles. He is shown with his mother, Abb 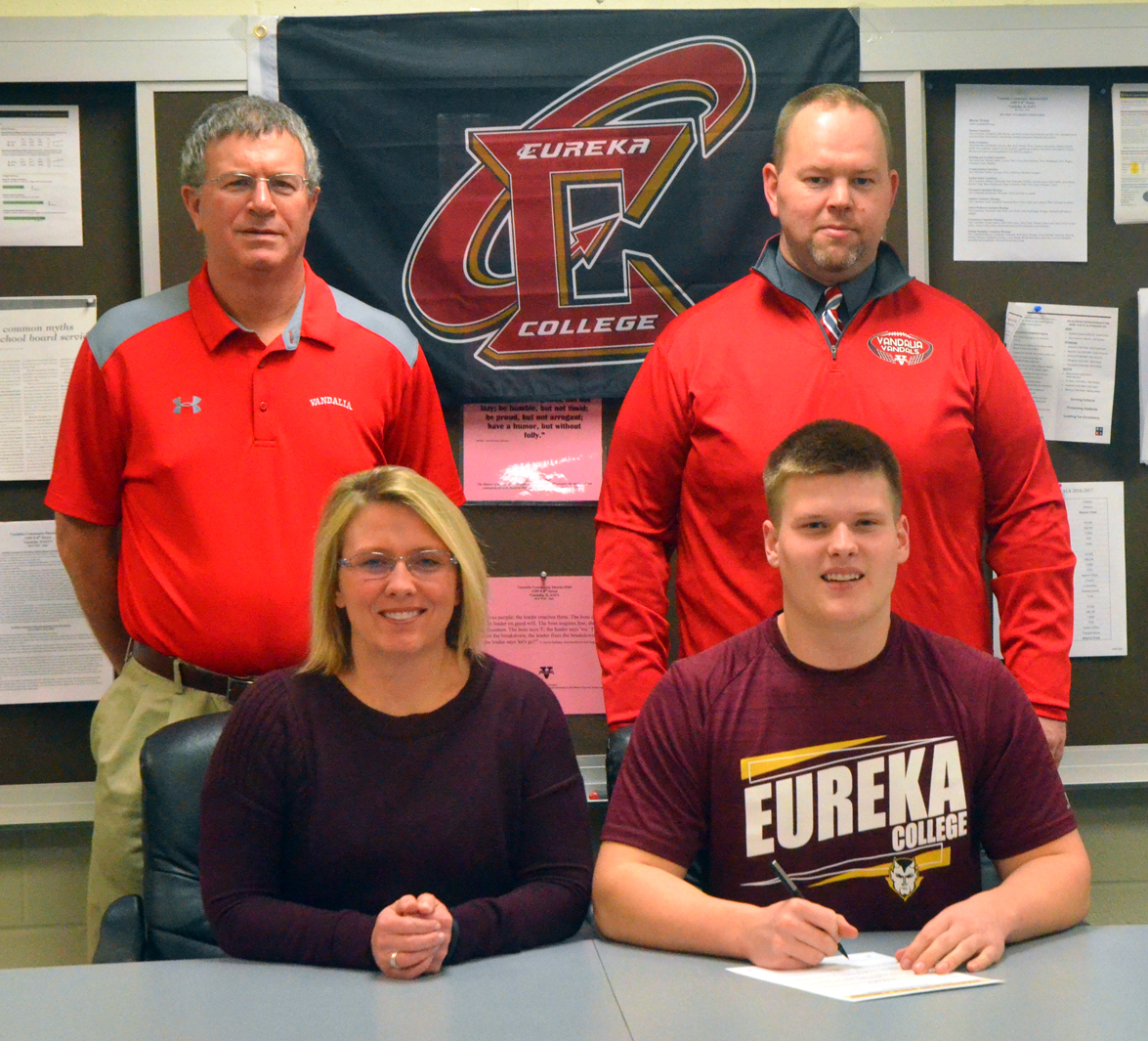 Chandler Boyd, front and right, is the son of Scott and Jeni Boyd. He is pictured with his mother, Jen 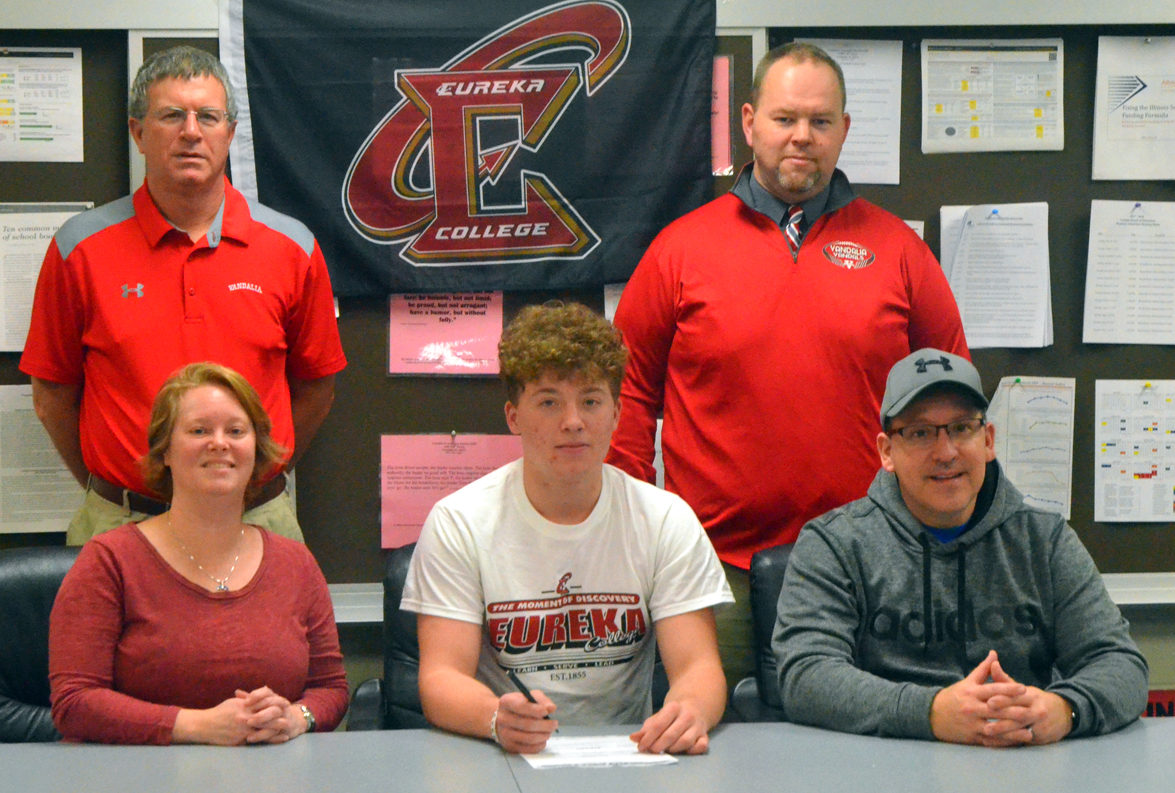 Dylan Garrett, front and center, is shown with his parents, Roy and Racie Garret