A Brownstown man who was sentenced to 10 years in prison five years ago for predatory criminal sexual assault of a child, then had his case sent back to Fayette County, last week agreed to a seven-year sentence.

Lloyd W. Merkley, 67, was given the seven-year sentence last Tuesday by Fayette County Resident Circuit Judge Don Sheafor after he pleaded guilty to predatory criminal sexual assault of a child.
The terms of the plea bargain include Merkley being given credit for 1,717 days that he has already served. He was fined $7,000 and ordered to make a $1,500 donation to SAFE (Sexual Assault & Family Emergencies).
Merkley was charged in June 2012 with predatory criminal sexual assault of a child, a Class X felony punishable by up to 30 years in prison.
He pleaded guilty and accepted a 10-year sentence at the end of October 2012, right before his case was to be presented to a jury.
About three weeks later, Merkley filed a motion asking that he be allowed to withdraw his plea, maintaining that a family member had threatened to kill him and his wife if he did not accept a plea bargain.
He also maintained that he had told his legal counsel of the threat, and that his attorney told him that “a deal had already been made.”
At the beginning of December 2012, Judge S. Gene Schwarm denied Merkley’s motion to withdraw the plea after hearing testimony from Merkley’s attorney, Public Defender Ed Potter, and hearing responses to Merkley’s testimony by Matt Chancey, who was the assistant state’s attorney at the time.
In May 2016, an appellate court remanded the case back to Fayette County for a new trial.
The appellate court ruled that, “The trial court erred when it denied the defendant’s motion to appoint an expert to aid in determining whether a bona fide doubt existed regarding the defendant’s fitness to plead or stand trial.
“The error resulted in a violation of the defendant’s right to due process and requires that the defendant’s guilty plea and the judgment of conviction be vacated and that the cause be remanded for further proceedings,” the appellate court ruling states.
The appellate court panel stated, “The transcript from the initial hearing (before Judge Allan Lolie) shows that the defendant had difficulty understanding the charge that had been filed against him.
"It was only after Judge Lolie methodically reviewed the specific allegations of the charge that the defendant indicated he understood the nature of the charge.”
“Judge Lolie then stated that he was ‘not convinced’ that there was a bona fide doubt as to the defendant’s fitness for trial or his ability to assist in his defense, and he denied the defendant’s motion for a fitness  evaluation,” the appellate ruling states.
Also last week in Fayette County Circuit Court, Bruce E. Evans, 46, of Brownstown, pleaded guilty to possession of methamphetamine with the intent to deliver and was sentenced to three years in prison.
That prison sentence is to be served concurrently with a three-year sentence he was given in another case in which he pleaded guilty to the same crime.
Heshimu Jones, 23, of Middletown, Ohio, was sentenced to five years in prison upon pleading guilty to a cannabis possession charge. 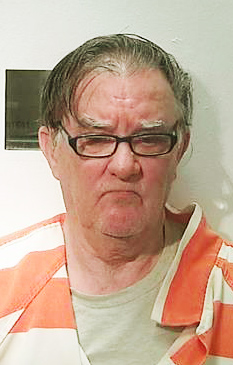