A St. Elmo man who was not present when convicted last month on drug charges was also not in court for his sentencing hearing last Friday. But, this time, it was not his decision.

At that hearing, Thomas J. “T.J.” McCall was sentenced on four charges, with the longest sentence being nine years.
McCall, 47, chose not to be present for a jury trial in Fayette County Circuit Court last month, when he was convicted of possession of methamphetamine, possession of meth with the intent to deliver, unlawful use of property “to help bring a violation of the Methamphetamine Control and Community Protection Act”; and unlawful possession of cannabis.
Upon hearing that McCall was not planning to come to court for the hearing, Judge Kevin Parker went to the jail and advised him of his Sixth Amendment right to be present for sentencing.
When McCall declined to respond, Parker ordered security staff to take him to the courtroom.
In court, Parker asked McCall if he had read the presentencing report prepared by the probation office, McCall said, “I know nothing of a presentence report at all.”
Parker then asked Assistant State’s Attorney Brenda Mathis about delivery of the report to McCall, and Mathis said that McCall refused to receive both the report and the notice of the sentencing hearing.
Asked by Parker if he was ready to proceed with the hearing, McCall said, “No man objects who stands true.”
Parker asked McCall four more times, and he said, “I require to see the bill of damages.
“I waive no rights,” he said. “Where is my accuser?”
When McCall continued to refuse to cooperate, Parker directed security personnel to take McCall back to the jail.
“Have a great day, your honor,” McCall said as he was escorted out of the courtroom. “Thank you for your time.”
Probation officer Jill Schoenhoff testified that when she went to interview McCall for the presentencing report, he “was not cooperating with any questions.”
He said that McCall said to her, “I want you to answer my questions.”
When she attempted to ask questions, Schoenhoff said, McCall became “more aggressive” and speaking more loudly.
“He gave me three seconds to answer his questions,” she said.
Asked by Parker whether she had spoken with any of McCall’s family members, Schoenhoff said, “We didn’t get to a point where I could ask about them.”
In making a recommendation for McCall’s sentences, Mathis said that in manufacturing methamphetamine, he “caused or threatened serious harm” to others and that he “used a residence where people live” to manufacture the drug.
While he does not have an extensive criminal history and was not eligible for extended terms, she said, he had “fully refused to cooperate” throughout the process since his arrest and noted his disruptive conduct in the courtroom.
Mathis said she believed that “20 years across the board is sufficient to cover all of the crimes that were committed.”
In pronouncing sentence, Parker said that he is “cognizant of the legislative purpose of the Illinois Methamphetamine Control and Community Protection Act” and that “methamphetamine is fundamentally different than other drugs,” due to the dangers of the drug.
“The manufacture of methamphetamine is extremely, uniquely harmful,” Parker said.
He said that McCall’s conduct “threatened serious harm to the public” and had considered “the non-statutory fact of defendant’s disdain and disregard for the criminal justice system, in general, and this court, in particular.”
Parker sentenced McCall to nine years in prison on the charge of manufacture of methamphetamine with the intent to deliver, adding that the charge of meth possession merges into that count.
That offense is a Class X penalty punishable by up to 30 years in prison.
He also gave McCall a four-year sentence on the charge of unlawful use of property for the manufacture of methamphetamine, which carries a maximum penalty of seven years, and a two-year sentence on the charge of possession of cannabis, which has a maximum penalty of three years. 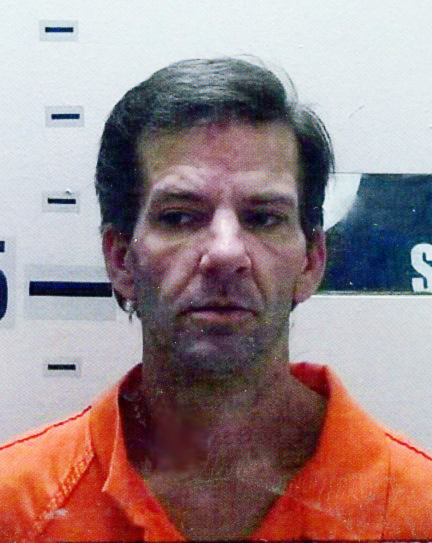