A Vandalia woman who was charged in March of last year with seriously injuring her infant child said last week that she intends to plead guilty in the near future.

During a court hearing last Friday afternoon, Fayette County Resident Circuit Judge Don Sheafor informed Aubree Hammer the outcome of a 402 conference, during which he and her court-appointed attorney, Patrick Schaufelberger, discussed possible dispositions in the case.
Sheafor told Hammer, 24, that a plea of guilty but mentally ill was “not acceptable,” because the results of a psychiatric examination “did not rise to (that) level.”
Told by Sheafor that she continues to have the right to have a jury trial on the charge of aggravated battery to a child under the age of 13 causing great bodily harm and permanent damage, a Class X felony punishable by up to 30 years in prison.
“I don’t want to go to (a) jury trial,” Hammer said. “I want to do an open plea.”
With an open plea, a defendant pleads guilty and allows the judge to determine the sentence.
A hearing for an open plea has been set for 10 a.m. next Tuesday. 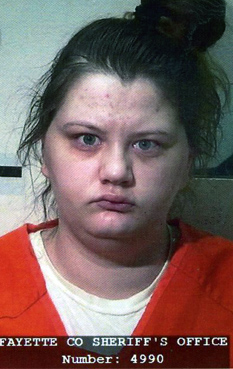