A child pornography case that has already been delayed due to unique circumstances a couple of times took another unusual turn on Monday afternoon.

Ryan J. Koontz, who was charged in November 2014 with 10 counts of child pornography, was scheduled to enter a guilty plea early Monday afternoon. But there were two surprises a short time before that 1:30 p.m. hearing.
First, Koontz, 37, of Vandalia, was taken from the Fayette County Jail to the Fayette County Hospital emergency room for a short time after complaining of heart-related issues.
Then, as Judge Kevin Parker began the hearing, Koontz’s court-appointed attorney, David Grigsby of Hillsboro, said that the office of Fayette County State’s Attorney Joshua Morrison had “presented a plea offer … and I thought that we were going to do a plea.”
However, Grigsby said, he had been informed a short time before the hearing that the plea would not be entered because Koontz’s family had decided to hire private legal counsel, Centralia attorney Eddie Veltman.
The case had been set for a jury trial on Sept. 25, and Parker said that at least for the time being he would like to keep that trial date, as well as the pretrial hearing on Sept. 19.
With the pending change of attorneys for Koontz, Parker set a status hearing for 1 p.m. next Tuesday.
Monday’s delay in the case comes about five months after a scheduled jury trial was aborted due to unusual circumstances.
That trial got under way with Fayette County State’s Attorney Joshua Morrison and special prosecutor Shannon O’Brien of the Illinois Attorney General’s Office, and Koontz’s attorney, Shin Cho of St. Louis, interviewing prospective jurors.
Jury selection was held without Koontz, who had chosen not to be present.
Jury selection was completed late in the afternoon, and the trial was to continue on Tuesday morning with opening statements by the prosecution and defense.
But, on Tuesday, neither Cho nor Koontz showed up, and attempts to contact Cho were unsuccessful. With those circumstances, the trial judge, Fayette County Resident Circuit Judge Don Sheafor, set a pretrial hearing for May 11.
At the end of the April trial date week, a U.S. marshal found Koontz in a hunting cabin southwest of Carlyle and he was returned to the county jail, with his bond set at $2 million. He has remained in jail in lieu of bond since that day.
On July 14, Cho withdrew as Koontz’s attorney, and Grigsby was appointed to represent him. Also that day, Sheafor set Aug. 22 as a new trial date.
Koontz was taken into custody before daybreak on Wednesday, Nov. 19, 2014, as a team of investigators from the office of Illinois Attorney General Lisa Madigan – accompanied by Vandalia Police – executed a search warrant at Koontz’s Vandalia residence.
Morrison’s office filed information charging Koontz with two Class X felonies alleging that he disseminated computer files of a child that he “reasonably should have known to be under the age of 13” engaged in sexual conduct.
Koontz was also charged with eight Class 2 felonies alleging possession and/or dissemination of child pornography.
The Class X felonies are punishable by up to 30 years in prison, and the maximum penalty for the Class 2 felonies is seven years in prison. Sentences could also include fines of up to $100,000.
State law mandates that sentences in such cases would be served consecutively. 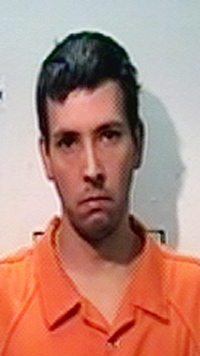