Fayette County was sprinkled with villages and communities that played a major part in the lives of our residents before 1900. The majority of these villages have since disappeared, and our only hint as to their existence comes from maps or memoirs of the older folks.

The village of Manford in South Hurricane Township is one of these. Were it not for Judi Halford of Terre Haute, Ind., my knowledge of this village would be limited to the fact that a post office was established there that lasted three years.
Manford did not have a name when Ashley Halford started a grocery in an old smoke house on his property. The store was a success, and he kept coffee beans, barrels of flour and sugar, soup beans, tobacco and a few other staple foods.
Mr. Halford thought the area needed a post office, and in 1898, he began efforts to obtain a federal post office. The first federal records show a geographical description given by Mr. Halford of the site location in 1899. He walked about the country area getting petitioners to sign a request for a post office.
The petitions were sent to Washington, D.C., and a permit was granted. A long list of names was provided to Halford from the government from which to choose a name for the newly established post office. The name of Manford was chosen – the reason why is a mystery
Mr. Halford built the necessary pigeon holes, mailing slot and post office window in a section of the Manford store. A heavy gate separated it from it the general store and a watchdog was kept behind the gate.
Due to the fact that mail service was slow and that Ashley Halford made all his personal contacts by walking, it was 1900 before the post office was officially established and in operation.
During the life of the Manford Post Office, Alfred Hicks, walked three miles to Bingham and carried back the mail.
Manford was a very important place for the residents of Hurricane township residents. People from the surrounding area picked up their mail by walking to the post office, came in wagons or buggies to get mail and buy supplies.
Ashley R. Halford was the first postmaster, serving from Feb. 10, 1900 to April 30, 1901. Thomas Mathews was postmaster until Oct. 31, 1903, when the post office was closed.
The government appointed the first rural carrier in 1903.
A few years after Ashley opened the store/post office, Thomas G. Matthews bought a partnership in the business. The union increased trade, so a few years later, they built a new building on the north side of the present road. They added more supplies, which they brought from Bingham and Ramsey by wagon.
Mr. Halford sold his interest in the enterprise to Caswell Davidson (brother-in-law of Matthews.)
The new partners then built a bigger store on the south side of the road.  It stood about where the garage is located on the late Alva Hicks property.
Mr. Halford moved the other building to the top of the hill to be used as an addition to his home there.
Long before that time, Matthews had purchased full ownership and had added a poultry house, a coal supply station and a shed for kerosene, oil and grease.
Mrs. Matthews operated a millinery shop where she made hats, sold ribbons, feathers and sewing supplies. She also did some custom sewing.
For several years, Manford prospered and the population grew to about 15. Manford was a prominent name on the map of Illinois and a correspondent provided local news to the Ramsey News-Journal.
Mr. Matthews operated the store until his death in 1923. Later, his widow closed the business and was employed in Decatur. After several years in that city, she came home, where she lived alone as along as she was able.
She then lived with her daughter, Orpha Lovelace, and in later years, her son-in-law, L.K. Lovelace, bought the Manford homeplace and remodeled the house and outbuildings. The other houses were all gone by that time.
The Lovelaces lived here until his death in 1966. Alva Hicks purchased the place and lived there with his family.
A cornfield covers the spot where Manford store was established in those early days by a forward-thinking man by the name of Ashley R. Halford.
His idea to serve the community was a success, judging by how long the store was in existence.
Although its approximate location is known by locals, it was located north of the Donaldson Cemetery. 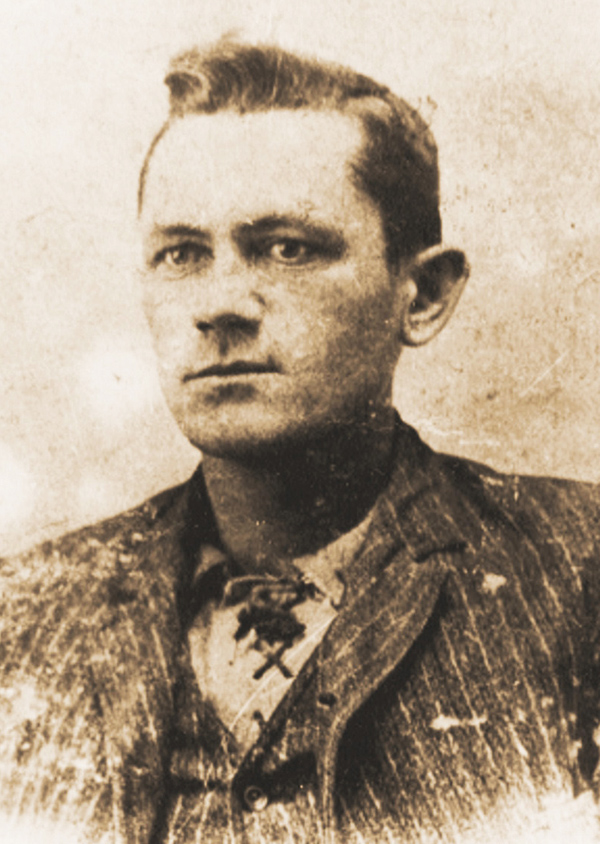